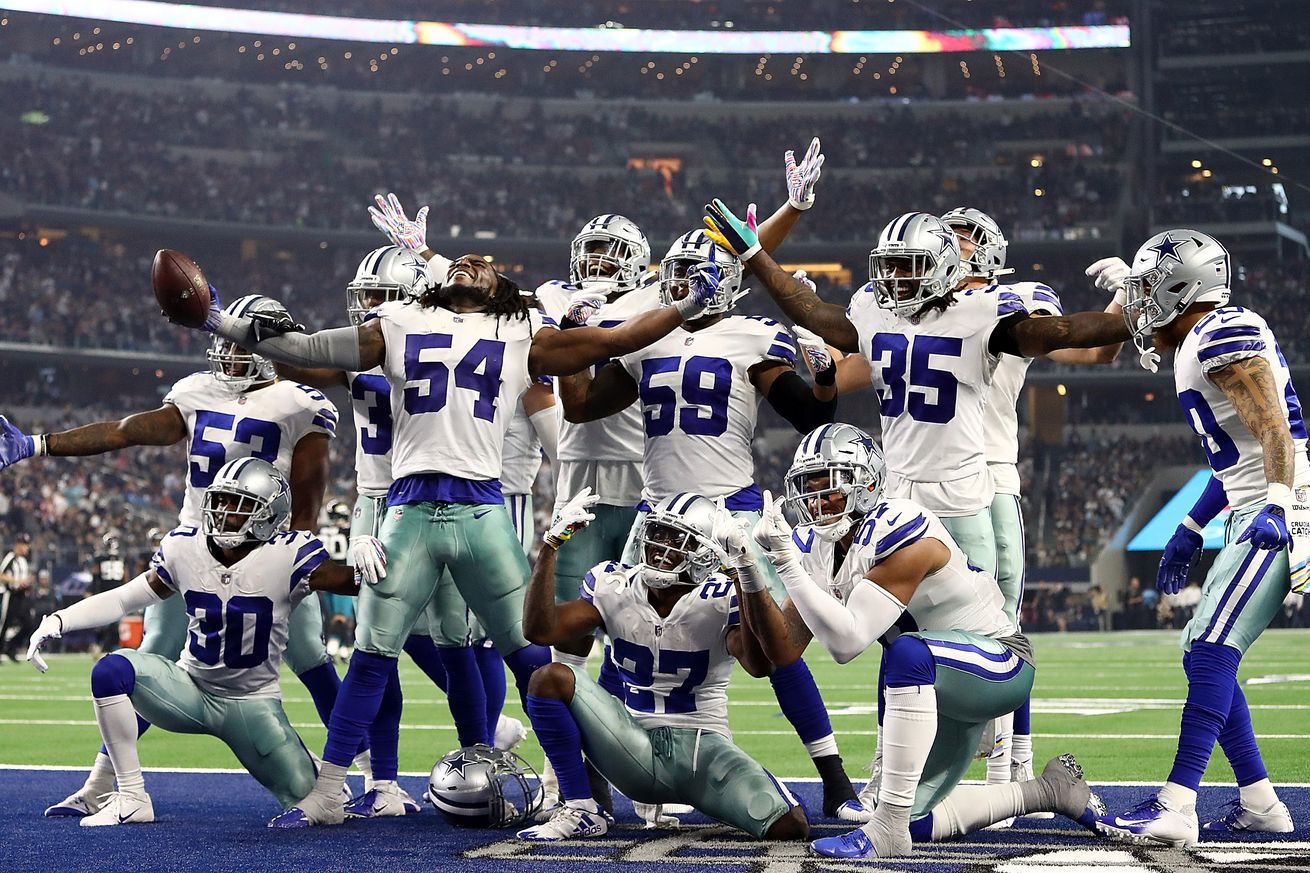 If you beat anybody 40-7 in the NFL then you deserve to celebrate. This is going to be a good week.

Things are almost on the opposite end of the spectrum from seven days ago for the Cowboys when they were coming off of an overtime loss against the Houston Texans. Completely manhandling one of the league’s better defenses is sure to wake up a few folks, and having their own dominating defensive performance on top of it is all the more cherries on all the more tops.

People have said forever that it’s a week to week league when it comes to the NFL and that very well may be true. When you look at things in 2018 there are only about three teams that stand out above the rest (Patriots, Rams, Chiefs), a few obvious duds (Bills, Raiders, Cardinals), and everybody else is sort of jammed in the middle with a bunch of question marks.

Did you have any of your questions answered on Sunday against the Jags? Was there any wind put into your sails that you suddenly are feeling frisky about? Just how confident are you feeling in the Cowboys as they are right in front of their bye?