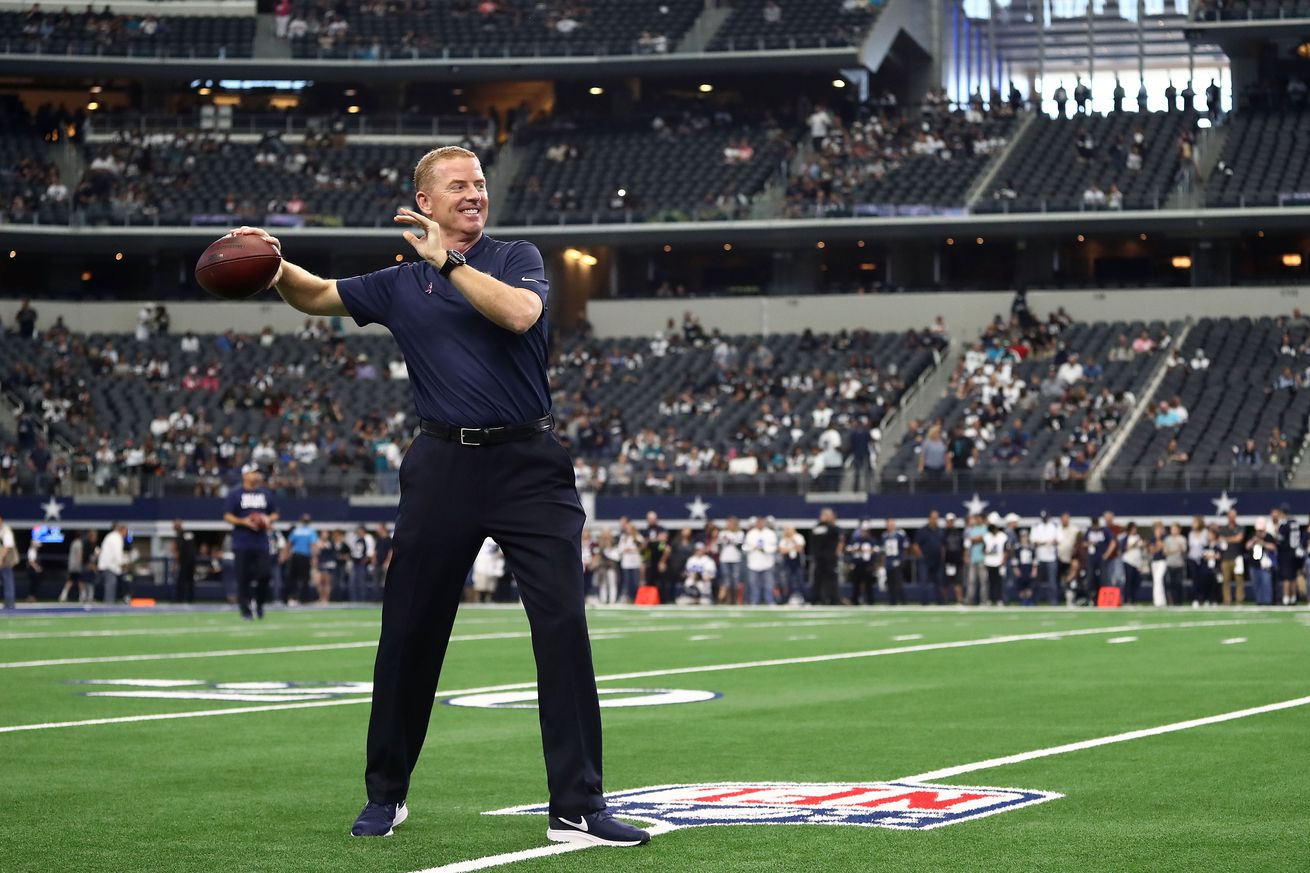 Jason Garrett has faced quite a lot of criticism so far this season, and that’s because we’re only in mid-October.

A week ago Cowboys fans everywhere were fuming over his decision to punt in overtime in Houston, but a 40-7 win at home on Sunday against the Jaguars may have cooled things off ever so slightly. Whether the Jacksonville win totally won you over or not (unlikely that it did) the fact remains that it was an impressive performance by Garrett and the staff.

Was it impressive enough to the point that you believe in the team for the rest of the season? We’ve already begun to ponder that. But maybe the question that we should be asking is whether or not the win was impressive enough to make you believe for several more seasons. According to Jeff Sullivan, a Jason Garrett extension could possibly be headed our way sooner rather than later.

Sounds like another extension could be signed soon he’s not going anywhere.

Sullivan still lists himself as a columnist/feature writer for the Dallas Cowboys on his Twitter account, and he has written for DallasCowboys.com in the past.

Garrett last signed an extension with the Cowboys following the impressive 2014 campaign for the club and that deal has him locked in through 2019. There would seemingly be no reason or pressure to extend Jason Garrett “soon” considering how the Cowboys have started off this season poorly. Obviously the Jaguars win was great to see, but maybe Jerry Jones has seen enough to make it happen. Sully is certainly someone who’s more in the know than most, but this just seems random and too sudden. We also have to say that no other insider has made any mention of something like this yet. So there is reason to be skeptical.

For what it’s worth Jeff was challenged a bit on his tweet about the extension, in fact he was told by another user that they “didn’t believe it for a second.” He stood firm in his convictions.

I have no reason to lie.

Would you want to see the Cowboys extend Jason Garrett in the near future? Would you rather them wait? What logical reason (asking seriously here) would there be to doing it now?