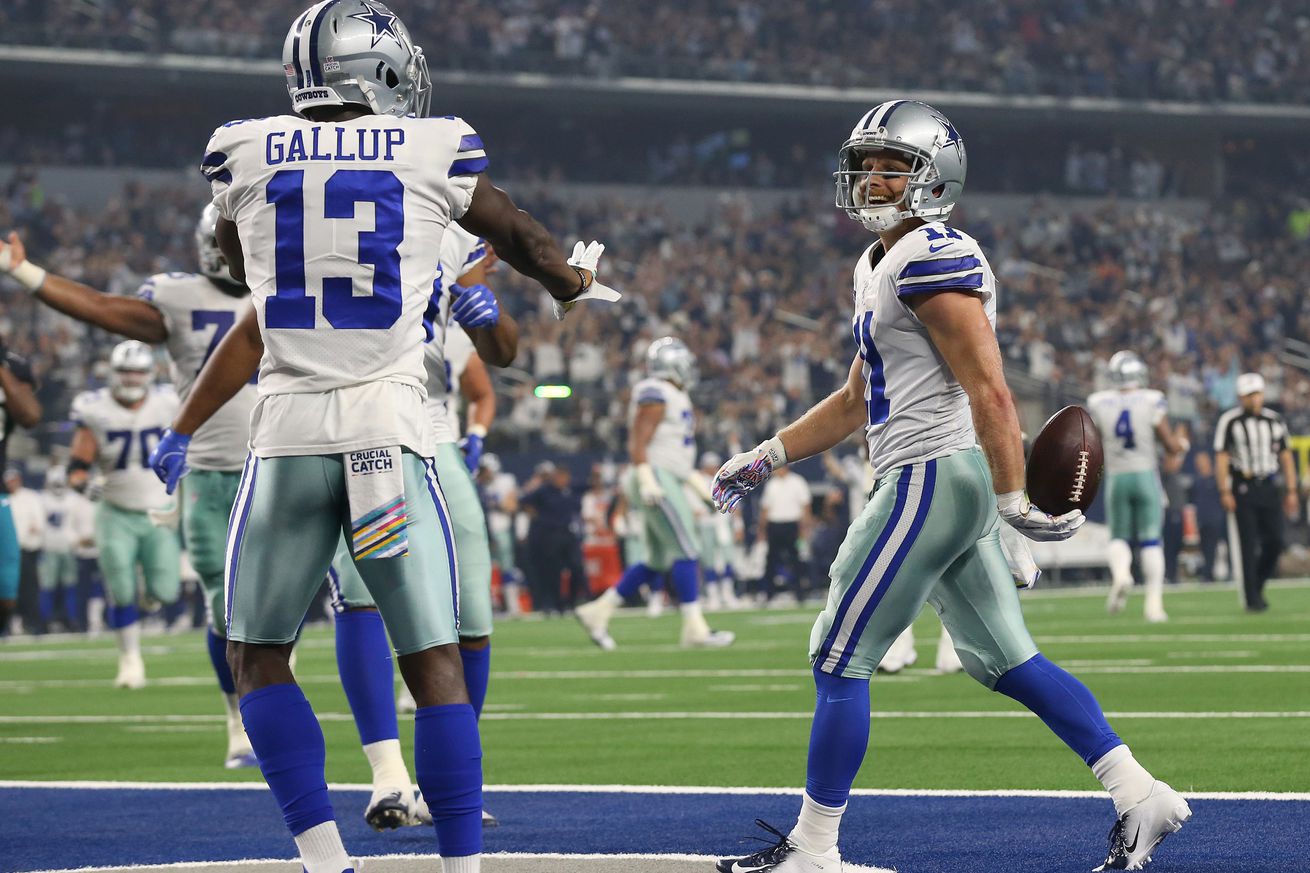 The Cowboys had a 16-play drive that absolutely destroyed the Jaguars will to continue.

The Dallas Cowboys as we’ve come to know them are at their very best when they can put together a long, clock-killing drive that ends in points. We saw it multiple times in 2016, 2017, and now a few in 2018. What the Cowboys did to the Jacksonville Jaguars this past Sunday in a 40-7 rout though didn’t just “kill clock” it destroyed the will to continue. Yes, I’m aware that the Jaguars got their only points of the game after this drive but it was far too little, far too late for Jacksonville.

It started in the second quarter after the Cowboys went up 17-0 after a 17-yard touchdown pass to Cole Beasley. You’ll notice, someone didn’t want any part of putting the cap on the sauce coming his way:

Jalen Ramsey doesn’t appear to attempt a tackle at the goal line to prevent Cole Beasley from getting into the end zone. pic.twitter.com/1TPuG7fwX8

The Cowboys took 4:53 off the clock, kicking the ball back to Jacksonville with 9:28 left before halftime, down 17 points. The Jaguars possession started at 9:21 and it started very badly:

Really nice quick inside spin by Tyrone Crawford. Fights through a blatant hold to still get the half-sack with Antwaun Woods pic.twitter.com/ANUdEnyRf3

Coming into this game, the Cowboys were going to have to worry about Blake Bortles taking off because he’s got athleticism to do it. Bortles had scored a rushing touchdown against the Chiefs the week before and is averaging 7.2 yards per carry. What Tyrone Crawford did was show that he was a load for two guys, backing the center and guard up, which gave Bortles happy feet. Antwaun Woods helped clean this play up by getting there to help for the half-sack. Two plays later, the Jaguars were punting with eight minutes left in the half, they wouldn’t get it back until :41 seconds left.

A.J. Bouye is to defensive holding as Cam Robinson is to false starts.

good throw….Jarwin needs to come down with that

12 men penalty on punt gives Dallas a first down. This has been an all-around poor half of football. #Jaguars #JAXvsDAL

It’s so bad today, They had Dallas about to punt on 4th & 4. Jags see they have 12 men on the field. Instead of calling a timeout they let Dallas snap the ball and get a first down. Worst coaching I’ve seen all year #JAXvsDAL #Jaguars

This is just a killer for the Jaguars. The Cowboys are up 17-0 and the Jaguars’ defense is looking to get off the field but were caught reacting slowly. That defense now has to come back out with their tongues hanging because the coach neglected to use a timeout. It wouldn’t be that bad had the Jaguars not done the same thing the week prior. Just B-R-U-T-A-L.

Dak can make plays when the play breaks down, and he does it here — turning a near huge loss into a near first down. pic.twitter.com/OsOxdF5VOe

Yannick Ngakoue is able to beat Tyron Smith with the speed cross chop from a really wide alignment. Nice job by Dak to hang in the pocket and make the throw to Cole Beasley. pic.twitter.com/llCscfohom

So Marrone calls a timeout on 1st down and not 3rd down? What is going on? #Jaguars

Zeke put a lot of mustard on this rib shot, ouch!

If you’re the Jaguars coach, this is a big problem, you have only two guys rushing, nine are in coverage, and you still get beat by Cole Beasley?! That’s just pathetic spatial awareness by former Cowboy Barry Church. You make it that easy and you’re getting sauced every single time.

The Cowboys would kick it off to the Jaguars but it was three plays and please get us to halftime. That drive was simply the Cowboys capitalizing on costly mistakes made by the Jaguars and executing almost flawlessly. Only three plays of the full 16 went for more than five yards: Dak’s 10-yard run, Beasley’s 18-yard catch and run, and Beasley’s 9-yard touchdown.

The Cowboys put on a clinic for folks wanting to know how to take advantage of an aggressive defense. The Jaguars offense scored a little more than halfway into the third quarter but they wouldn’t get past the Cowboys’ 48-yard line for the rest of the game. This drive, 16-plays, 7:14 minutes, 78-yards and the score is exactly what the Cowboys offense looks like at it’s very best. If the offense can finally build on drives like this, they have a great shot at returning to that team that just grinds it’s opponents into submission. What a way to dominate, Cowboys!