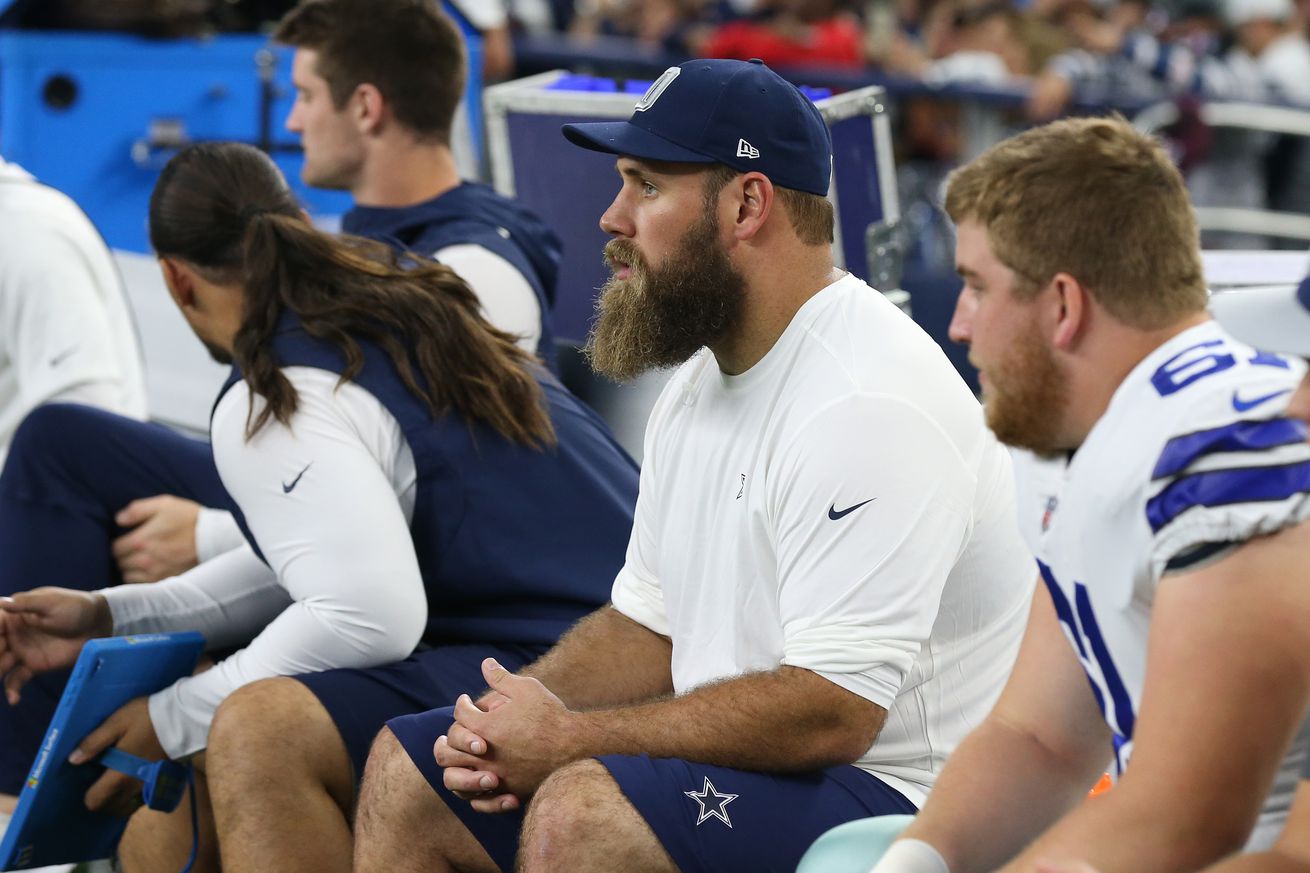 The Cowboys center is the center of communication.

Before they dropped 40 points on the Jacksonville Jaguars last week, the Cowboys offense was literally one of the worst units that the club had fielded in franchise history.

Scoring points, even gaining yards, felt like pulling teeth for this team. The aforementioned explosion does seem to give hope that more could be on the way, but it’s hard to fully believe off of one game.

This season many have suggested that the reason for the offensive struggles in Dallas has been the absence of Travis Frederick. Fredbeard is on injured reserve as he fights Guillain-Barré Syndrome, but what exactly is it about his absence that looms so large?

Frederick is the best center in the NFL. He’s an elite run blocker, pass protector, and he’s the brain of the offense in terms of adjustments at the line of scrimmage. Dallas has been unable to pull off a win on the road so far this season and that’s where the things Frederick does can be all the more evident. Ezekiel Elliott’s comments on Wednesday highlight that thought.

Ezekiel Elliott says terrible communication has been the biggest reason for the Cowboys’ offensive struggles on the road this season. “It’s seeing the same things, like, who our Mike (linebacker) point is. Who are we going to? What look are we getting? What are we doing?”

Communication is key. We hear that all the time. Not having the best communicator on the field is definitely not a great recipe for success.

We have no idea when Frederick will return to the Cowboys to play football, but we do know that his absence means more has fallen on the plate of Dak Prescott. As Dak is the quarterback it’s obviously fair to expect him to rise to the occasion, but the Cowboys are still missing a lot.

Yes. All of this. Easy to see on film. Outside of a QB missing time, not sure I’ve seen a bigger impact on an offense than the loss of Frederick. It’s been a disaster. https://t.co/M2gDRNpb3K

Most centers are 100% in charge of the run game tags. The QB can change the tag based on the defense but we mostly know when that’s happening anyways. QBs and Cs have to work together in pass game. More inexperienced the QB, more on the C in pass pro. https://t.co/Bggrcj1CJK

Joe Looney has done an admirable job at filling in for Travis Frederick, but the reality of the situation is that there’s almost nobody on earth as good at the job as Fredbeard. His loss isn’t just a loss, it’s an impediment to success that the Cowboys are trying to overcome.

If there’s anyone good news in the Travis-less world it’s that the Cowboys have identified what their problem is. They know the Washington Redskins well so that can’t hurt either, but they’re going to have to be smarter in games if they want to get over that hump.