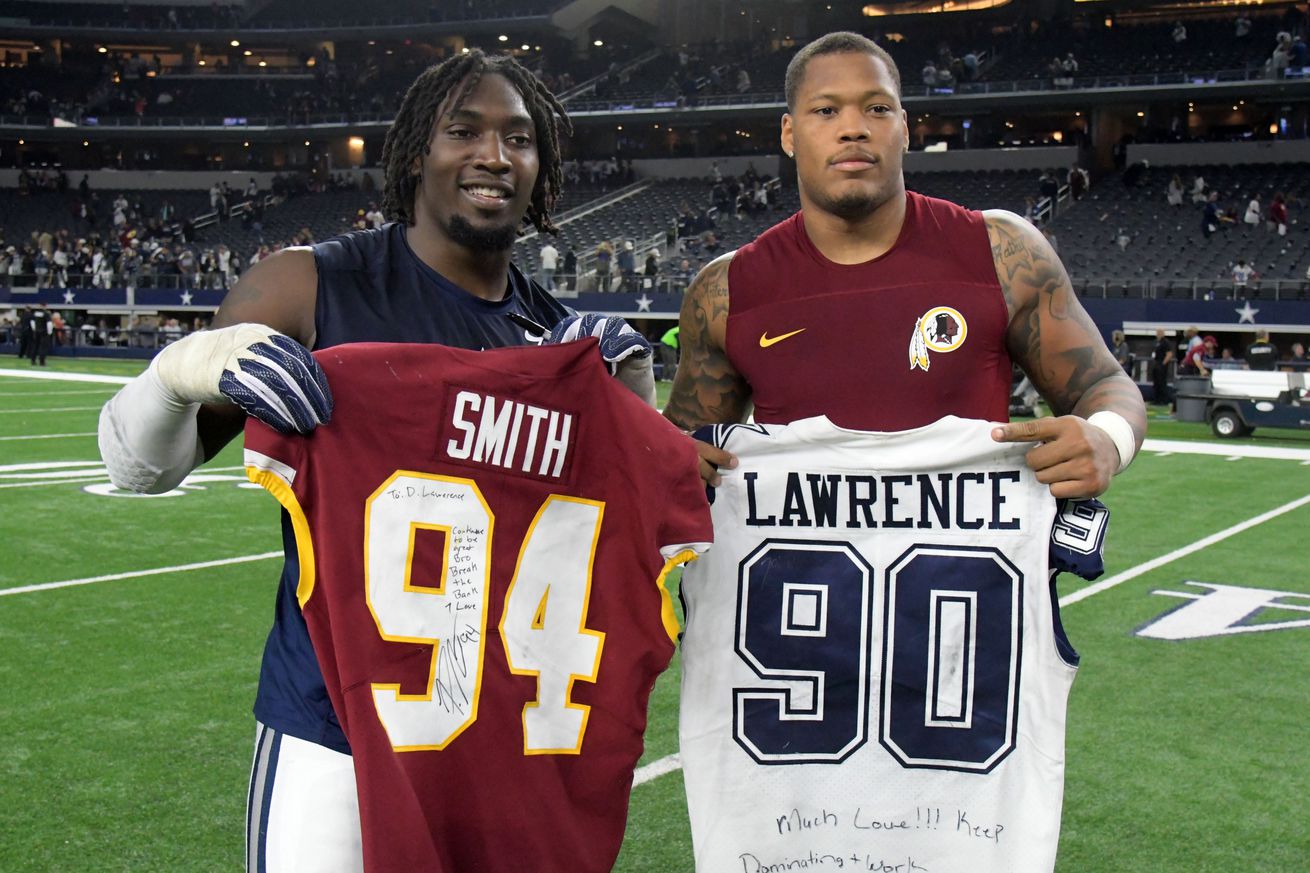 Somebody has to be wrong about the clash between Dallas and Washington.

Every week many of you here at BTB are polled on various things concerning the team and matters across the NFL. This is part of SB Nation’s new FanPulse tool. Sign up for the Cowboys FanPulse here to take our weekly surveys.

One of the things each fan base is asked every week has to do with their upcoming game and the confidence surrounding it, from a point-spread perspective. Fans are asked how many points they expect their team to win or lose by. It’s interesting to see which fan bases have the best grip on their team so far this season.

FanPulse taught us this week that Cowboys fans are back, sort of. This particular fan base experienced the fourth-largest jump in confidence across all SB Nation sites and after a 40-7 win how could you expect the needle not to move a bit?

This game is big for the 2018 Cowboys’ cause. First place in the NFC East is up for grabs. A win would also give them their first on the road, their first winning streak on the season, and it would set them up for a nice bye week that’ll feature a Redskins/Giants game and the Eagles playing the Jaguars in London.

All of that confidence, hope, and eyeing down the road had seemingly created a gazpacho of belief that the Cowboys will get things done this week. Although to be fair this group has sort of struggled at accurately predicting games this season.

Redskins fans have a weird sense of not really confidence

The general feeling across the NFL this season is that save for a handful of top and bottom teams the whole league is wildly unpredictable. In the same way that the Cowboys have an embarrassing loss to the Texans, Washington lost to the Colts. It’s a week to week league.

Those that have made the mistake in life of supporting the D.C. football franchise correctly anticipated beating the Cardinals (shocker there) and even the Panthers last week. Plenty of football fans were indeed shocked to see Carolina fall to the Redskins, but again things are unpredictable.

You’d imagine that due to them coming off of a win, and considering that the fan base has predicted a win in four of their five games, that Redskins truthers would feel confident in the state of their team… but they don’t. Washington is one of the only teams coming off of a win to have actually regressed in confidence despite winning last week. It’s weird.

Both Cowboys and Redskins fans are predicting wins this Sunday

Barring a tie (there have certainly been more than enough this season) someone is going to walk away unhappy this Sunday at FedEx Field. Obviously we’re hoping it’s the Redskins, but everyone involved believes it’ll be the other team.

This is interesting to consider when you start looking at various odds given to this game. Oddsshark has the Redskins favored by two at the time of this writing, almost halfway between where the two fan bases lie.

Who will be right? Who will be wrong? Considering Dallas has won every game played between the two teams over the last two years there are certainly a different sort of odds that lie in their favor. Let’s hope those win out.