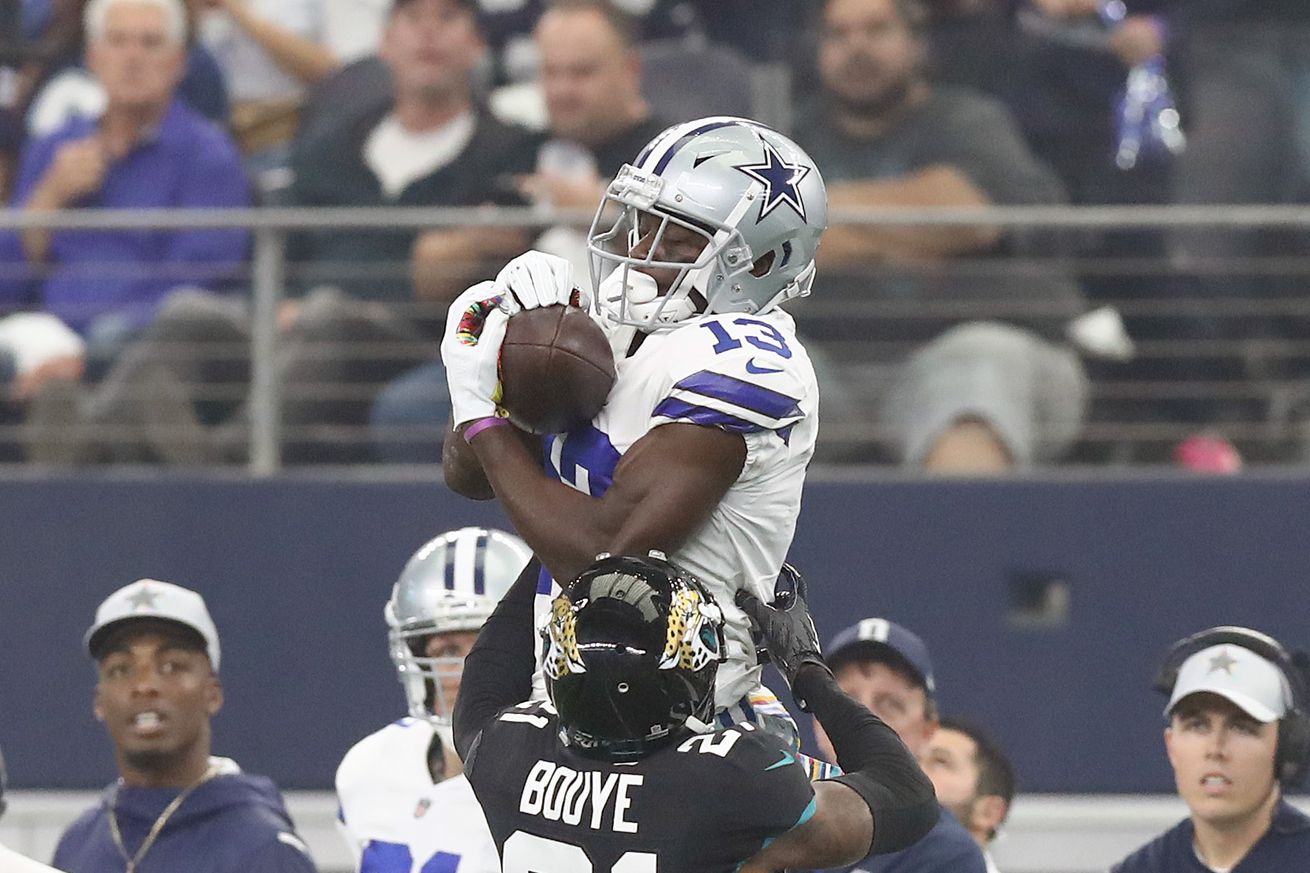 Which player do you think will be the difference-maker when the Cowboys face the Redskins on Sunday?

When the Dallas Cowboys play the Washington Redskins on Sunday it will be the 115th time these teams have faced off, making it the most games ever against a Cowboys opponent. Dallas has won the majority of these match-ups with an overall record of 70-42. Both teams always have a tendency to rise up for these games as they’ve put together some good battles over the years. Of course, when you face a team twice a year, every year, you know your opponent pretty well and those types of things are going to happen.

There have been many players that have risen up and had big games in these match-ups. As a rookie, Alfred Morris ran all over Dallas for a 200-yard, three-touchdown performance that helped the Redskins seal the division crown in the final game of the 2012 season. The last time these teams met was in late November of last year and that same Alfred Morris churned out 127 rushing yards, helping his team to victory. Only this time, he was wearing a different uniform. There will be no Alfred Morris on either team this time around as Ezekiel Elliott is back for Dallas and Adrian Peterson is carrying the workload in Washington. Both teams will look to establish the running game, but keep an eye out for some other players to step up. My peers here at BTB have identified which players they believe will have a big impact in this game in this week’s X-Factor edition.

The Cowboys need another wide receiver to step up, and on his catch and almost-touchdown, it certainly looked like Gallup was on the edge of doing just that. Then Cole Beasley caught fire, and Gallup mostly served as a way to pull defenders out of the saucy one’s way. Now, with Washington likely planning on making sure Beas does not beat them the way he mollywhomped the Jaguars, Dak Prescott is going to be looking for someone else to get the ball to. Gallup showed in the Jacksonville victory that he could attack the ball and haul in the receptions, which is just what Dak needs. Gallup doesn’t have to get 100 yards or anything. He just needs to split the attention of the secondary, which will help both his QB and the other receivers.

You gotta love the development of Michael Gallup. pic.twitter.com/g1VFmVYBCL

This is the game that we finally see a big contribution from Gathers. The Cowboys have been bringing him along slowly, and with Geoff Swaim proving to be an effective receiver they haven’t had to force things. Gathers was in on roughly 20% of the snaps last week. This week, while his number of plays might not increase that much, his production will as he catches a couple of passes and one of them will be a touchdown in the redzone. Uncle Rico finally cashes in.

“Figuring things out for yourself is the only freedom anyone really has. Use that freedom. Make up your own mind, Rico.” – Starship Troopers

The Redskins are going to be without Jamison Crowder and Paul Richardson, so Alex Smith’s top two targets after that are RB Chris Thompson, who’s questionable for the game, and TE Jordan Reed. With Lee coming back, I have a feeling Dallas will try to almost exclusively use LVE in coverage of Reed. If the rookie can take him out of the game, Smith will be forced into the bad throws we saw him make against New Orleans, and if the Skins can’t move the ball, that’s less of an onus on our offense to repeat last week’s output.

He just exploded against a really great secondary that didn’t respect him. I need to see more from him because these road losses have been largely due to the fact that the passing game collapses. Cole Beasley is very confident that he’s among the elite receivers in the game but we’re going to need to see more for him to prove that. If Washington decides to blanket him with coverage, that’s fine, let someone else break out. Beasley has at least made the opponent take notice of his abilities but let’s see him continue perform at a high level, continue to get separation, and most importantly, let’s see him sauce the Redskins.

“The power of Da Sauce compels you!” – Father Karras from the Exorcist

I’m just going to complete the hat-trick for the Cowboys rookies for the first three rounds. I was a big fan of Alabama’s defensive tackle Da’Ron Payne and was disappointed to see him go to the Redskins. He, along with fella Bama DT Jonathan Allen make a fierce interior defensive line.

The Cowboys must have success running the ball to keep the offense working. This is going to put a lot of pressure on the Cowboys interior offensive line, especially Connor Williams. While he had some struggles early, he’s becoming more and more consistent. Whether he’s pulling across the line of scrimmage to help secure blocks when Ezekiel Elliott runs outside or sealing the middle, his effectiveness handling the Redskins interior defenders is going to be significant.

I would not be surprised if DAL was very successful against WAS using the counter trey. pic.twitter.com/1ITa7DLvWA

Last week, the Redskins run defense faced the top rushing team in the league and shut them down. This week, they face the Cowboys #2 ranked rushing offense in a battle in the trenches that will be fun to watch.

“Fasten your seat belts, it’s going to be a bumpy ride” – Scott Linehan, on the grind-it-out running game they’ll face against the Redskins

Those are our X-Factor candidates. Who do you got as the difference-maker in the Cowboys battle against the Redskins?