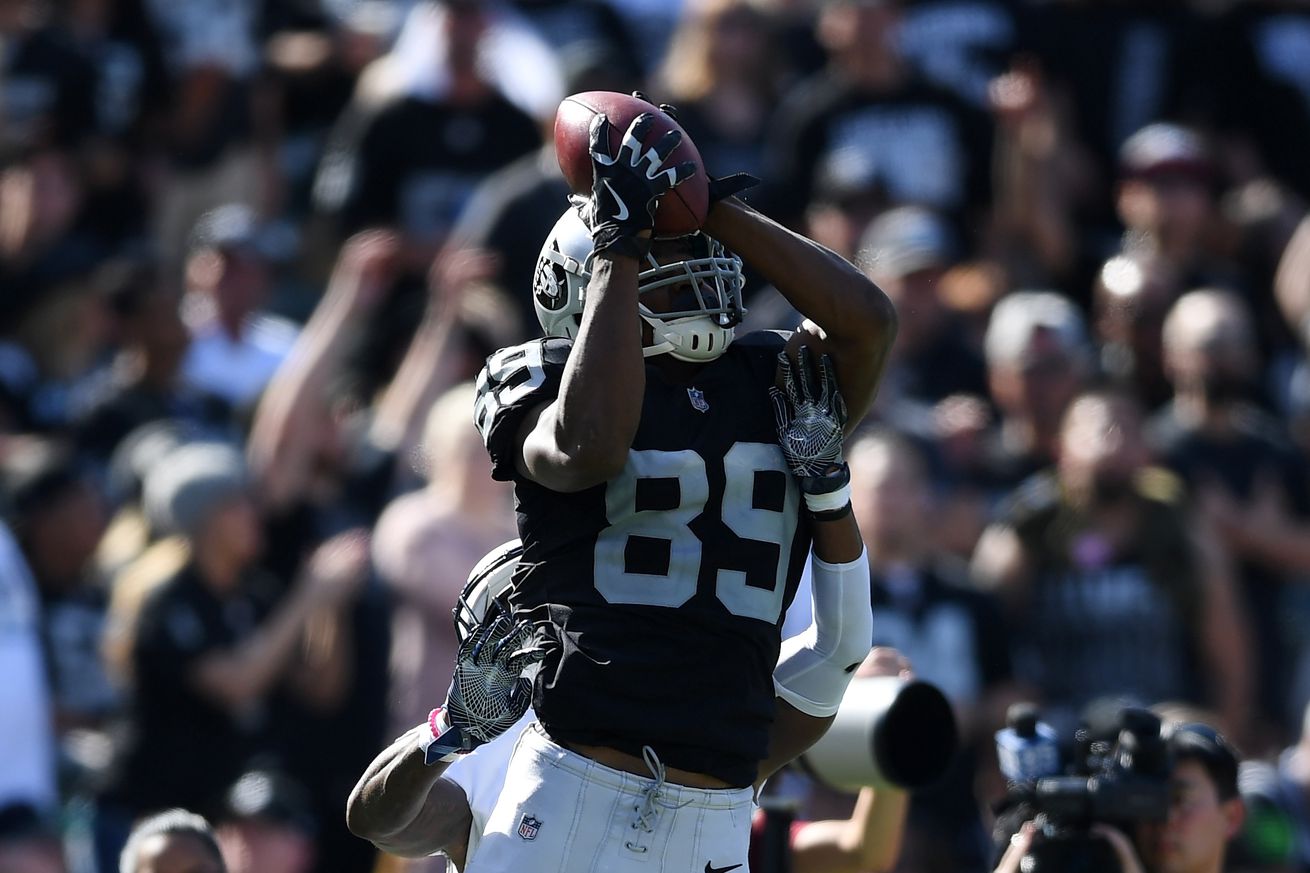 It’s a new day in Dallas, and the whole team seems to have gotten a lift.

Amari Cooper is one practice in with the Dallas Cowboys, albeit a quick one lasting about an hour, and he’ll be spending the team’s bye week trying to learn the offense instead of getting to know his new city.

The Cowboys will have a brief practice Thursday and will not get back to a full practice until Nov. 1 as they prepare for the Nov. 5 game against the Titans on Monday Night Football. Cooper and quarterback Dak Prescott said they will get together on their own to go over the offense.

1st Practice, ‘Fresh Start’ For Amari Cooper – Rob Phillips, DallasCowboys.com
Amari Cooper not only wasted no time getting in on things in practice, he also had some praise for his new QB.

The Cowboys’ new wide receiver said he got in some routes with Prescott on air and in team drills during Wednesday’s practice, the start of a crash learning course on the offensive system leading up to the team’s next game Nov. 5 at home against Tennessee.

“I really like the way he throws the ball. It’s a good ball,” Cooper said. “I knew of Dak a long time. I played against him at Alabama (when) he played at Mississippi State, Heisman candidate and all that. Obviously there’s that – the talent aspect is there.”

There are plenty of questions surrounding Amari Cooper, but this is irrefutable for the Cowboys – David Moore, SportsDay
The potential of Cooper on the field is big. At this point, though, the psychological impact of his addition may be bigger.

It’s premature to declare that the wide receiver is worth the franchise’s first-round investment.

But in the 48 hours since the trade, before Cooper even takes the practice field for the first time with his new team, this is irrefutable: His acquisition has altered the narrative and mood surrounding this team.

Cooper’s arrival has shifted the focus to what the Cowboys could become for the final nine games, not what they’ve been for the first seven. There’s an anticipation of what lies ahead rather than a dissection of what’s gone wrong.

‘Absolutely’: What Saban told Cowboys Garrett about Amari Cooper – Mike Fisher, 247 Sports
There has been a report that there was a question about Cooper’s passion for the game, but Jason Garrett got some extra reassurance about that from an old mentor of his (and a pretty fair football coach) named Nick Saban.

This issue may have been among the reasons the Raiders shopped the 24-year-old two-time Pro Bowler in the first place, and hey, maybe there is something about 1-5 Oakland’s recent on-field work that has impacted Cooper’s passion. But to Dallas’ credit, due diligence was done here, up and down the Cowboys’ organizational chart. That includes final approach, of course, from owner Jerry Jones, as well as COO Stephen Jones as the point man who finally made the Monday morning offer of a 2019 first-round pick, along with personnel guru Will McClay (who intensified his research into the idea on Sunday morning before the team’s loss at Washington) to coordinator Scott Linehan (who has supervised two guys who’ve served as Cooper’s coordinators in Oakland) to tight ends coach Doug Nussmeier, who was Cooper’s coordinator at Alabama in the receiver’s first two years there.

But Saban is regarded as maybe the sport’s best evaluator of talent, and as a long-time fixture in the SEC and at Alabama, his front-row view on players is invaluable. … as is his honesty in sharing information with colleagues like Garrett.

Q&A: New Cowboy Amari Cooper on the impact he hopes to make in Dallas – Calvin Watkins, The Athletic
Cooper spent some time talking to the media after his first practice. Here are some of his comments.

Jason Garrett said adding you will make a major addition to some of their other cornerstone pieces. How does that make you feel?

It feels good to be wanted by any team in the NFL. That’s all I can say about that.

What do you bring to this offense?

I think I bring a lot of playmaking ability, stretch the defense, all those things, I will leave that for you guys to see.

What’s your next couple of days like trying to learn everything, getting in some overtime?

I think you just said it, it’s going to look like overtime. I’m going to have to do a lot studying to not just learn the playbook, but learn it to not make any mistakes.

How does Cowboys’ new No. 1 WR Amari Cooper stack up to Dez Bryant? – John Owning, SportsDay
Owning has been doing yeoman’s work since making the bigs, including being all over the Cooper story. This comparison of the new WR1 to Dez Bryant has a lot of good stuff, including this.

At his best, Bryant was a physically dominant wide receiver who made up for his lack of route-running prowess with physicality at the top of routes and historic contested catch ability. Bryant leveraged his strong hands, timing and leaping ability to bully cornerbacks at the catch point.

Cooper is essentially the inverse. He struggles in contested catch situations but excels at creating separation with his route-running, enabling him to threaten every part of the field through an array of routes. Cooper’s speed and refined route-running ability allow him to manipulate and create separation from opposing defensive backs.

Cowboys haven’t seen explosion like this in awhile https://t.co/44j8fSKqgC

DeMarcus Lawrence on why bye week ‘won’t make a difference’ for tear in his shoulder – Brandon George, SportsDay
Demarcus Lawrence also spent some time talking to the press. He made it known earlier that he has been playing with a torn labrum in his shoulder for quite some time. The bye week is a time for players to rest and heal up – but apparently that is not how he does things.

But will the time off help his shoulder?

“It won’t make a difference,” Lawrence said. “Like I’ve said, I’ve already played with it for two years. It’s not a huge problem. It just popped out one game and now we’re back to normal, so we’re good.”

Lawrence was asked what a week off could do for his body after playing seven games already.

“Nothing,” Lawrence quipped. “It depends on how you take care of your body. I really just try to chill and relax but some people’s bodies can’t take chill and relax too well. Some people have to workout everyday just to make sure they don’t lose a step in this football game. It’s all about learning your body and learning what’s best for you.”

“The Hot Boyz have to get back in Hot Boyz form,” Lawrence tells me. “We’re just playing like ‘boys’ right now. We can’t go into a game and have just one sack (as was the case in Sunday’s loss at Washington). The Hot Boyz have to have multiple … We’ll fill (Cooper) in (on the ‘Hot Boyz’ details) when the time is right.”

But Lawrence also made a point of saying that Cooper, acquired by Dallas this week in a trade that sends a 2019 first-round pick to the Raiders — will need to put in the work to acclimate himself for a 3-4 Cowboys team hoping to turn things around after the bye.

“We have plenty of offensive weapons,” he said. “But we’ve all seen Amari Cooper play. We know he’s a valuable playmaker. It’s about learning the details and the physicality of it. It’s about being able to perform under the lights. He has to be able to come in here and do it under this system.”

DeMarcus Lawrence has a reason for not tracking other top pass-rushers – Brandon George, SportsDay
Just a reminder that this man is going to get his soon.

Lawrence was then asked if he keeps up with other top pass-rushers around the NFL, such as Von Miller, Khalil Mack and J.J. Watt.

“Why should I keep up with them?” Lawrence said. “They are already paid. I’m still trying to get paid. I can’t sit here and look like, ‘Dang, man, they’re making plays.’ I got to make my own plays. I ain’t worried about none of that.”

In​ these times​ where​ Cowboys​ fandom perpetually​ argues​ about​ the general​ manager,​ the​ head​ coach, and the​ quarterback,​ hopefully​​ we can at least agree that it is very good to get Sean Lee back on the field.

Yes, the Cowboys have some very talented young linebackers. But much like we discuss how Tony Romo’s mental aptitude in his thirties is just not available in a young QB, you could argue that the same is very true with the old war horses at linebacker as opposed to the young lads who might be able to run faster, jump higher, and yes, heal quicker.

But that thing between the ears gets better with age (theoretically) and I think on Sunday we saw the defense play very well. Quick recognition makes all the difference in the world on key plays where the linebackers either see the play and diagnose it quickly or watch it go down the field for 20 yards.