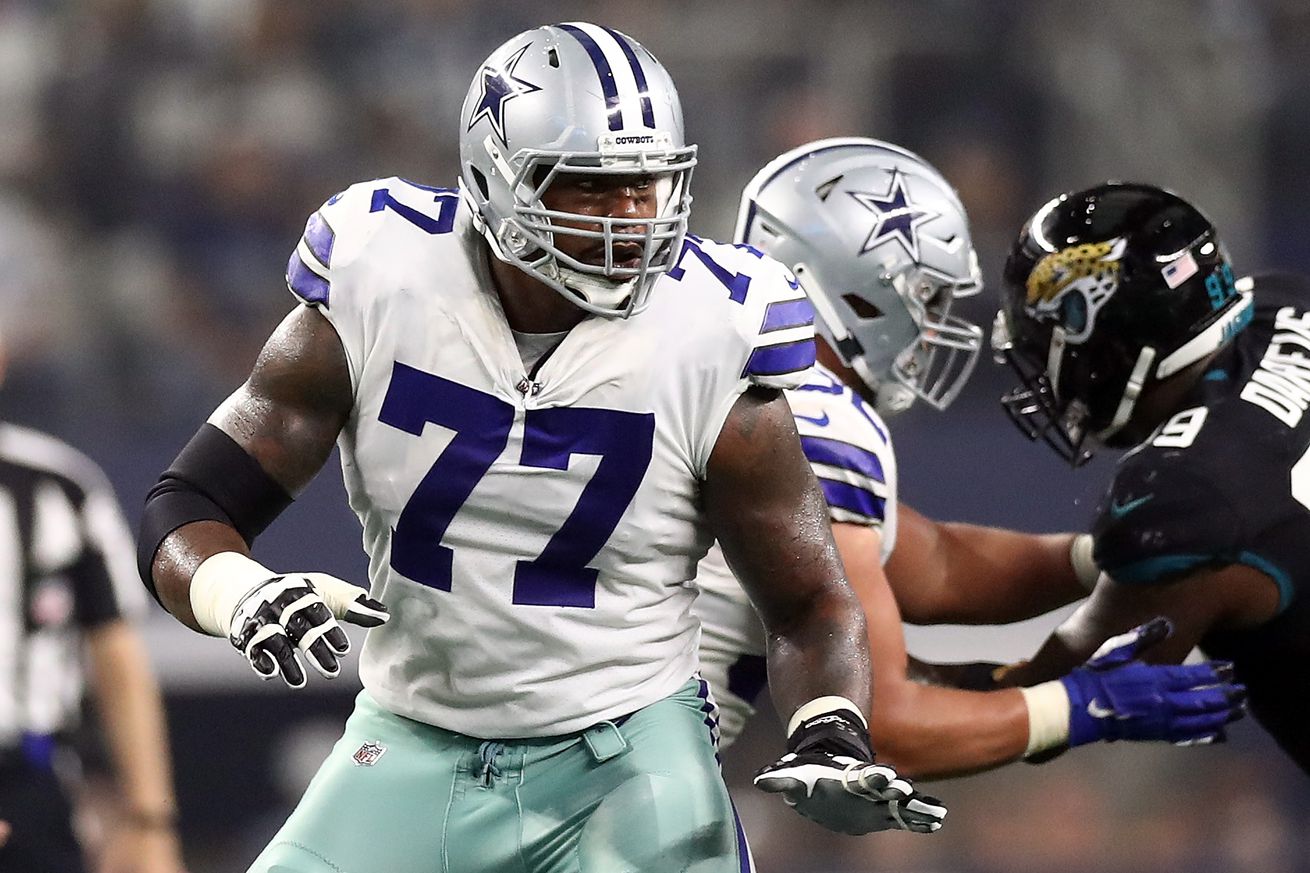 Something is wrong with the All Pro left tackle, and if it can’t be fixed, there is trouble ahead.

It was a crucial moment in the loss to Washington. The Dallas Cowboys had received the opening kickoff and faced a third-and-six from their own 29-yard line. Dak Prescott, unable to find a receiver, pulled the ball down and darted 22 yards to give the Cowboys a first down on the Washington 49.

Only to have that run called back by a holding penalty against LT Tyron Smith. Dallas failed to convert, and the offense would sputter for much of the game. It was at the least a loss of field position, and it may have changed the entire course of the game.

It was an uncharacteristic mistake by Smith. Or, at least, it used to be. This season, Smith has been struggling in game after game. He has three penalties this season, but the worst problem is how many times he is getting beaten by pass rushers coming off the edge. He has always had something of a vulnerability to pure speed rushes, but not like this.

Since he was drafted by Dallas, Smith has been a key element of the offense. He was the first piece acquired in the building of the offensive line, and the entire philosophy of the team is based on being dominant there. We saw what that could do in 2014 and 2016, when the Cowboys had a nearly unstoppable running game, due largely to the blocking up front.

Things have not gone nearly as well this year, which is the second season in a row troubles have plagued the line. Last year, of course, we endured the agonies of the Chaz Green experiment. That was a clear case of a weak link, but this season has been more a case of trying to find a strength here. Zack Martin has been the one consistent performer, and he is now dealing with an MCL sprain, but the team hopes he can go against the Tennessee Titans with over a week still to recover. La’el Collins has been a bit disappointing, rookie Connor Williams is going through severe growing pains, and while Joe Looney has been better than most backup linemen in the league, the absence of Travis Frederick has been a big problem.

But none of those were things we didn’t foresee, at least to some extent. The apparent decline of Smith, who for years was one of very best at his position, was unexpected, given that he is still just 27-years-old, which should be the prime of his career at a position where longevity is not such a shock in the Not For Long league. If he is not able to return to something closer to his former level of performance, then the Cowboys have something of a crisis coming. If this decline is not correctable, any solution is going to be expensive. There is a lot more dead money left on his contract through the 2020 season, and moving on from Smith in the future will cost draft capital or using money in free agency to replace him. Both options come with risk.

So the Cowboys really, really have to hope that Smith’s problems are temporary. That leads to the question, just what is the problem for him?

The first thing that comes to mind is injury. He has a history of back and other problems, and regularly gets “rest days” in practice. The problem there is that when the injuries get to be too much to overcome, there is not much you can do.

However, that may not be the real cause. And it ties in to a larger concern. Maybe the arrival of Paul Alexander as offensive line coach has just screwed up the entire group.

There is a little evidence for that, if you have similar opinions to mine about who you can trust out there.

This is actually good news, because while injuries can become overwhelming, technique is something that should be fixable. It may require another radical step, to cut Alexander loose. That is not something any team likes to do in mid-season, but given that the Cooper trade shows that the Jones family is not going to wait around for next year to get things fixed, it needs to be under consideration. And the team has an interim fix there in assistant offensive line coach Marc Colombo. He is the ultimate home-grown coach, having played for Dallas before joining the staff, and now has over three years’ experience – including his three full seasons under Alexander’s predecessor, Frank Pollack, who certainly had the line working well in 2016.

Even if they don’t take Alexander out of the picture, the Cowboys need Smith to get those issues fixed. It is worth noting that he also is next to the rookie on the line, and may be trying a bit too hard to help him out, or just does not trust him enough to stay focused on his assignment. In any case, he has to recover some of the technique he used to display so well.

For over half a decade, Smith has been the anchor of the line, but he has come adrift. Now he needs to get his grip back, both figuratively and literally, since he long had the reputation for shutting down anyone when he could get his hands in place on their chest. The term “vice-grip” was once used to describe how that went. It needs to come back, because his quarterback is still dealing with a case of the nerves almost whenever he goes back to pass.

Smith is hardly the only thing that still needs to be fixed at this point. But now that they have addressed the wide receiver issue, he may be the most crucial. If he can return to even a close approximation of what he has been for so long, then just as Cooper is expected to do, he will make everything around him better. If not – well, let’s just hope he does.