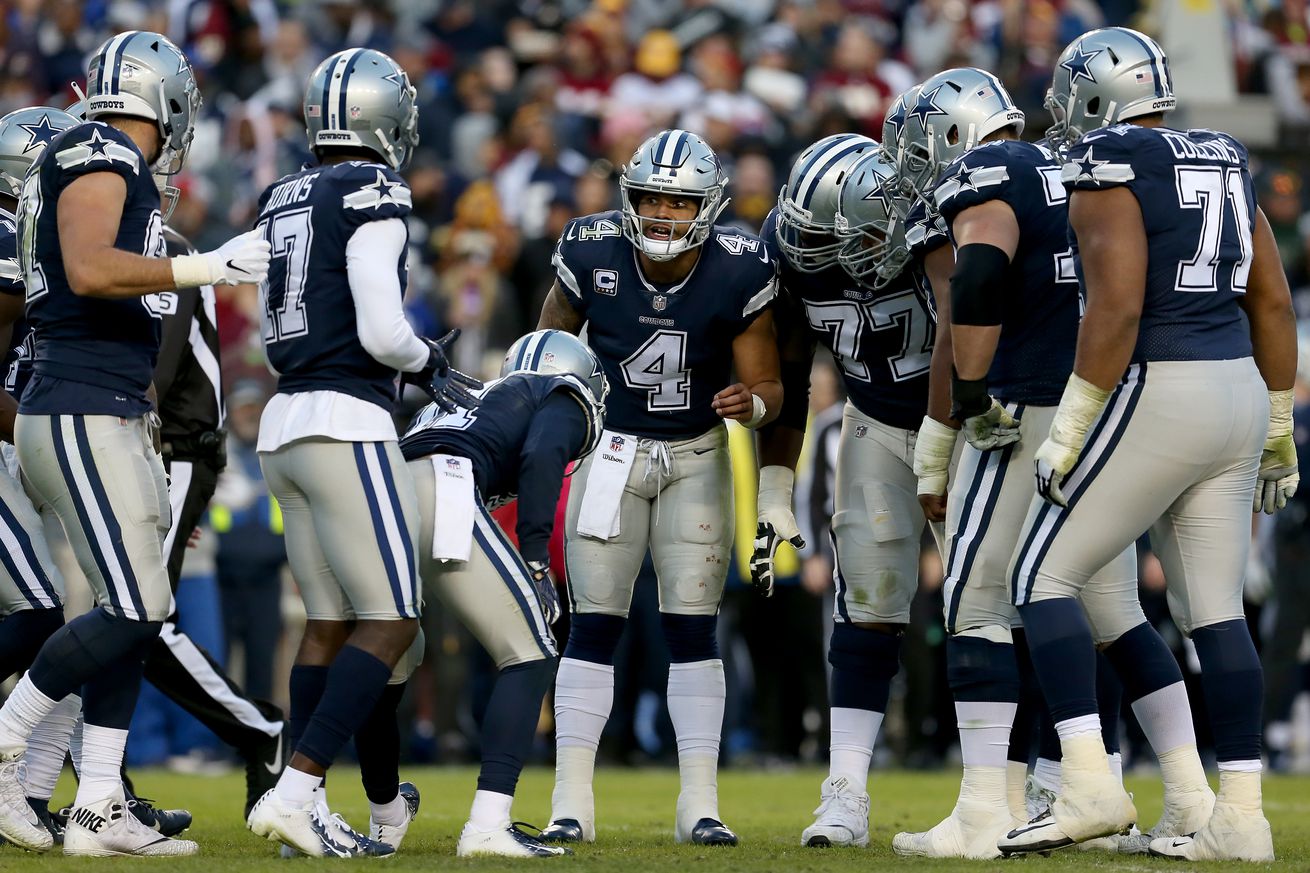 Amari Cooper is one fix, but what other fixes does Dallas need?

The surprise trade for Amari Cooper has been more than just a potential boost to the Dallas Cowboys’ offense. It has opened up new possibilities of change for the fanbase, and even seems to have intrigued some of the more jaded members of the media. Hopes are on the rise, and just maybe the playoff dream is not lost.

But don’t mistake Cooper’s arrival as a panacea that will solve everything. The offense had more problems than just the ineffectiveness of the “receiver by committee” approach. Sending next year’s first-rounder to the Oakland Raiders shows that the top management (read: Jerry and Stephen Jones) are looking to get things fixed now rather than wait ‘til next year. However, the other issues that have to be overcome offensively are not the kinds of things that can be fixed by trading for a player. Our Michael Strawn and Tom Ryle are, as always, ready to debate just what the biggest issue is that remains for the offense.

Michael: I’m excited about the potential Amari Cooper brings to this offense, specifically his route-running ability which should give Dak some easy throws. However, the blueprint for offensive success for this team, the foundation if you will, is an elite offensive line. Three first-round picks, a second-round pick and another player who would have been a first-round pick. Forty-five million in 2018 cap space (one of every four dollars). This team won’t succeed with a mediocre or even good offensive line; it requires an elite offensive line. But this unit’s performance hasn’t been remotely close to elite; average is probably the best description. More concerning is the fact it seems to be getting worse by week. Unless Tyron Smith can find his form, La’el Collins proves he’s a legit NFL tackle and Connor Williams figures out how to stand up to power rushers the Cooper move is likely for naught.

Tom: The offensive line is a concern, but lots of NFL teams are able to succeed with shaky lines. Heck, we’ve seen it happen more than once already against the Cowboys. That goes to the play calling and the quarterback. I am more worried about how well Scott Linehan can use Cooper, and also if Dak Prescott can get the ball to him. Those seem to be more interconnected to me than just individual issues. And Dak has certainly been holding the ball for a long time back there. He needs to get the ball out faster, which probably relates to the plays being called in. Amari has an outstanding ability to get open, but Linehan also has to use him well, and it certainly won’t do much good if Prescott is too nervous in the pocket to see him when he just breaks a defender’s ankles.

Michael: It is all interconnected isn’t it? And both of your points are valid. It’s painful to watch teams like the Chiefs and Rams and Patriots use bunch formations and rubs to get easy opportunities and then watch the Cowboys run the same predictable plays. Tony Romo was basically calling every play as we watched the Cowboys’ formations against the Redskins and if he can do it to you, defenses can. Linehan (and Garrett by extension) seems wholly uninterested in such concepts. And they seem only mildly interested in using college schemes that would truly take advantage of Dak’s elite running skills. So yes, only time will tell if Linehan can find a way to utilize Cooper properly.

Tom: I see problems on the offensive line as well, particularly the way Tyron has performed. But there just seems to be so much that other teams can do that the Cowboys are either unable to, or just aren’t trying. You made a good point about using Dak’s legs more, but his arm is what needs to work better. I keep thinking back to plays during the losses where time was running out and the Cowboys needed quick strikes, but slow developing plays were called in, or Prescott just took too long deciding where to go or if he had to run or not. Heck, if the O line had just cleaned up the penalties last week, that would have been a win. More to the point, improvements on the line involve five men having to work in concert. Linehan and Prescott should be able to get more done faster, and they need to.

Michael: Again, it all works (or doesn’t work) together. Dak is definitely part of the equation. It’s hard to understand why he’s gotten worse is his decision-making from his rookie year (when he seemed absurdly poised and mature for a rookie). I am hopeful this is an area where Cooper will help. His elite route-running skills and ability to separate from defenders to provide an easy target is exactly what Dak needs. So, if the OL can hold up a little better and if Dak can start making better/faster decisions and if Scott Linehan can make it all work then we’ll all be giddy come playoff season. What could go wrong?

Tom: Oh, indeed, what could go wrong? Well, let’s hope a lot more goes right for the last nine games of the season. The team, namely the Jones family, has acknowledged that they got it wrong to start the year. Now they have taken a major, and for them, radical step to fix one of the major issues. I think the main weight of fixing what else ails the offense falls on Linehan and Prescott, while you lean towards the offensive line cleaning up their errors. The next game against the Tennessee Titans could be a good place to start making all that work out, but as we have harped all season, they need to find some consistency. They especially have to break through on the road, where they keep dropping games they could have won.

It is certainly all interrelated. There is still time to make a run for the division, with none of the other NFC East teams exactly burning things up. But it really all falls on them.