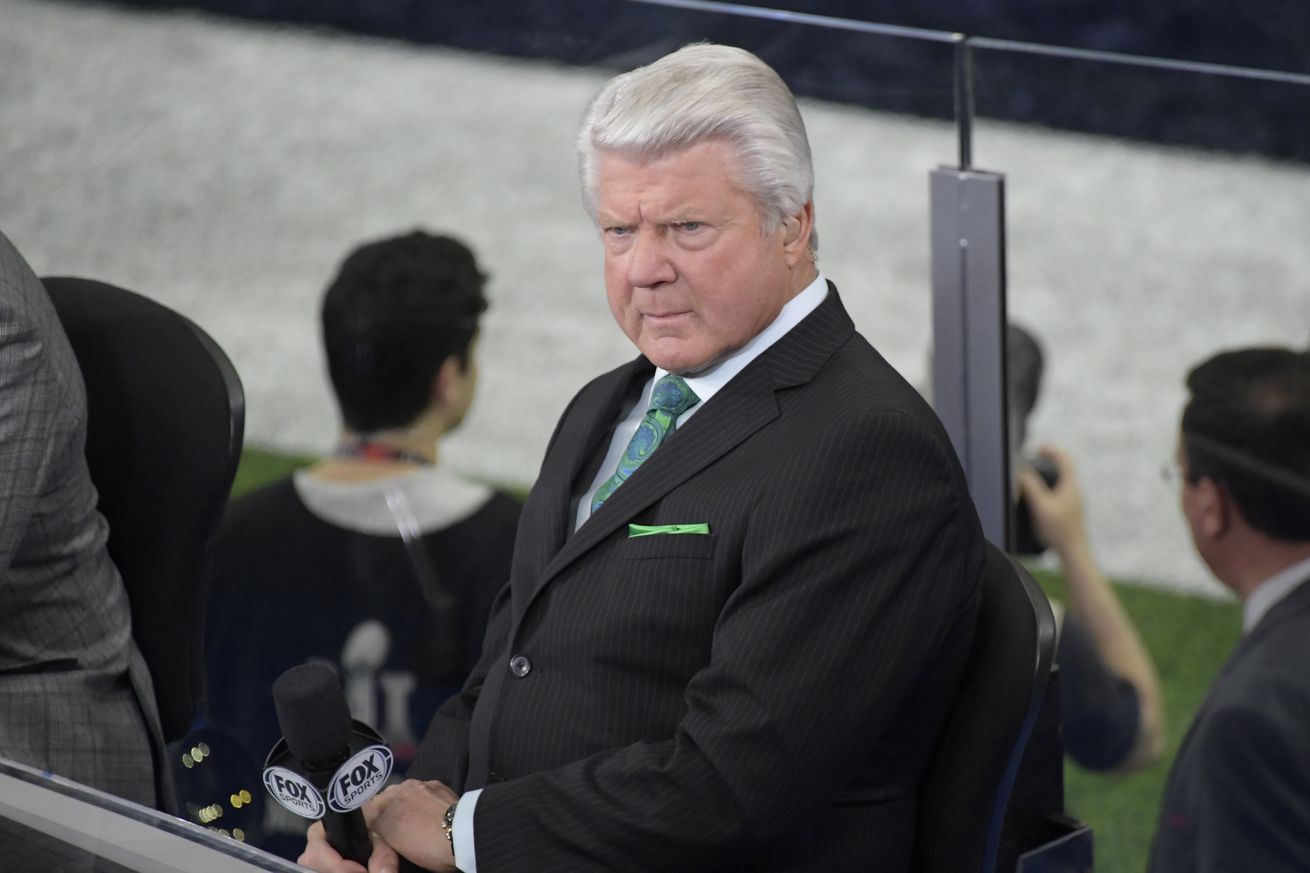 Do you agree with Jimmy Johnson on his comments about Jason Garrett?

We’ve reached Sunday of Week 8 and we all know that there won’t be a Cowboys game today.

Dallas is on a bye although that hasn’t exactly prohibited them from making some big moves. While it feels like ages ago, it was only on Monday that they traded a first-round pick to the Oakland Raiders for wide receiver Amari Cooper. Now on a bye, the team is free to do what they choose this weekend.

Some players choose to go on vacation for the bye weekend. Others opt to stay home and play video games. As long as nothing bad is happening it truly doesn’t matter because it is the bye week.

Cowboys head coach Jason Garrett is someone who chose to get away during the bye week. He headed out west which has been playing host to the World Series over the weekend as the Los Angeles Dodgers were at home against the Boston Red Sox. Garrett was seen during Game 3 (well before it went to 18 innings) sitting next to country singer Brad Paisley. Seriously.

People (ourselves included) had a fun time thinking about what Jason and Brad were discussing during the longest game in World Series history and that seemed to be the end of it. No harm, no foul, just two guys enjoying a baseball game together on a Friday night.

Sunday morning before the 1 PM ET slate of games kicked off, FOX (coincidentally home to the World Series) went to Jimmy Johnson for his thoughts on Garrett being out in Los Angeles. He was not a fan and went as far as saying that “it sent the wrong message” to both fans and the players.

Jimmy Johnson on Jason Garrett attending the World Series: I know the World Series, it’s huge. But perception… I think it sends the wrong message. Not only to the fans, but to the players. At 3-4, there’s work to be done. pic.twitter.com/HhOQw3jaKo

The Dallas Cowboys are in fact on their bye week and the weekend was the pre-determined time for them to partake in whatever bye week activities they chose to do so. If Jason Garrett wanted to go to the World Series to chill with Brad Paisley, there are far worse things that he could be doing with his time.

It’s also worth noting that Garrett may have not only been in California for the Fall Classic. It had previously been reported that Sanjay Lal and Amari Cooper were going to work together over the weekend in the Bay Area. With Jason Garrett also in the state it makes sense that he would have gone to work with his wide receivers coach and new playmaker, but we don’t know that for a fact.

Cowboys WR coach Sanjay Lal will be visiting family in the Bay Area this weekend. Amari Cooper is also headed back that way. They will spend some time together up there over the next few days

What do you make of Jimmy Johnson’s comments about Jason Garrett? Are they fair? Outlandish? Discuss.