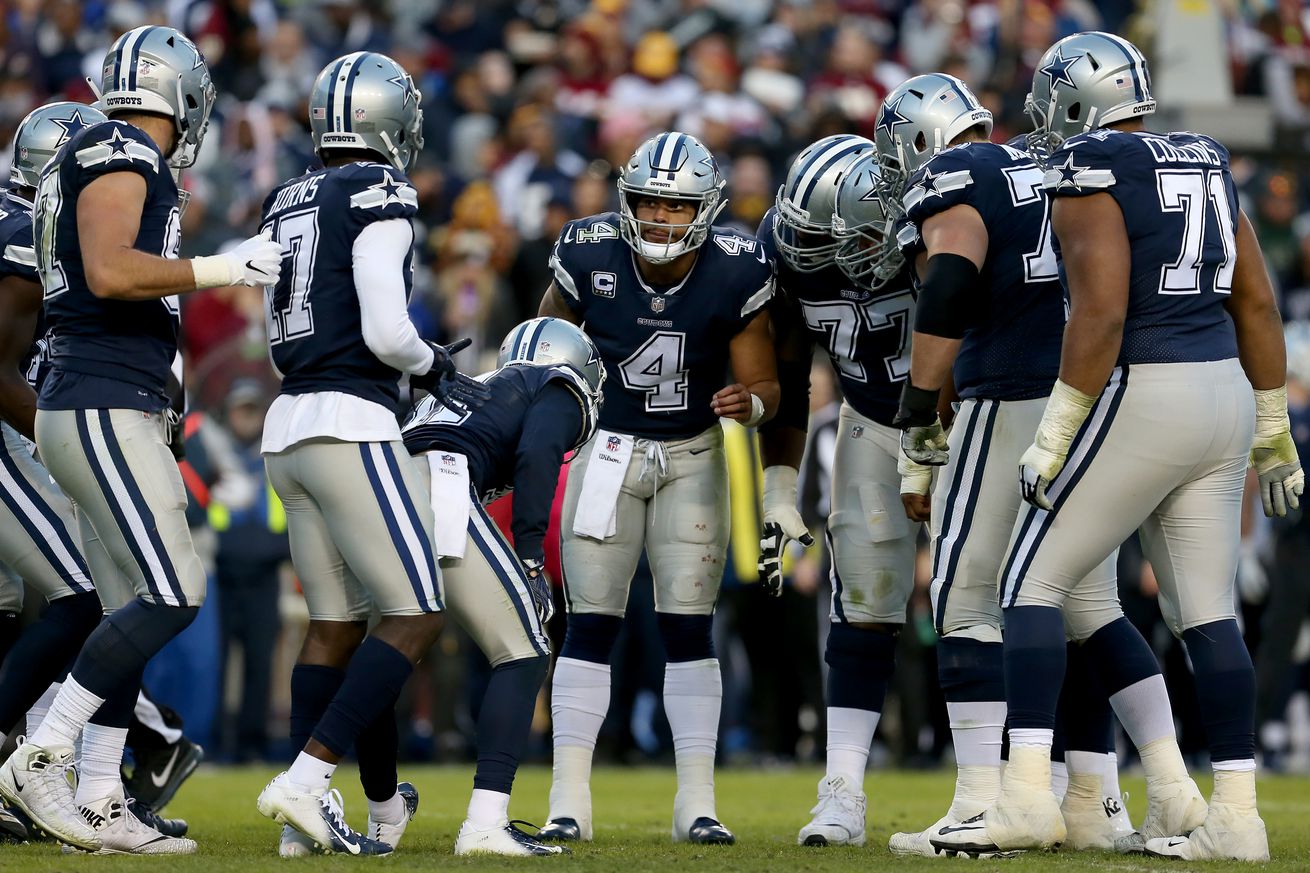 Can the Cowboys make it through?

This past week has been one of reflection (and in some cases decisive action) for the Cowboys as they are on their bye. They’re 3-4 and amazingly almost half of the season is over.

It kind of feels like a reset button was hit for the Cowboys with the trade for Amari Cooper. There’s a feeling of newness, freshness, and overall excitement. There’s a general sense of “I don’t know what’s going to happen over the second half of this season, but it sure does seem exciting” surrounding Cowboys fans everywhere.

Earlier this week FanPulse results told us that less than 30% of Cowboys fans think playoffs are a possibility, but obviously anyone rooting for the silver and blue hopes there is indeed January football for Dallas. Alternating wins and losses is hardly going to cut it for the Cowboys if they want to get in the playoffs, but the NFC East has been average overall and they’re absolutely in the thick of things as we enter November.

Washington and New York square off this week and obviously we’re rooting for a Redskins loss. Philadelphia will “visit” the Jaguars in London and with Jacksonville looking flat as of late that’s likely an Eagles win, but to be fair they did just blow a 17-point lead, all in the fourth quarter. Things will get wild, unpredictable wins and losses will happen, and odds are good that the Cowboys will have more than their fair share of an opportunity to win the division.

When the Cowboys do emerge from their bye they’ll play host to the Tennessee Titans on Monday Night Football. It’ll be Jason Witten’s return to Dallas and by the most insane coincidence ever it will happen on the one-year anniversary of Tony Romo’s first return when the Cowboys hosted the Kansas City Chiefs last season. November 5th is now a Cowboys holiday apparently.

Nobody is in the business of looking past the Titans, but it feels fair to say that the Cowboys should win, does it not? (I know, I know, you refuse to assume the Cowboys should win a game until they show you something, blah blah, you get the point). As noted it’ll be Jason Witten’s homecoming plus Amari Cooper’s debut, under the bright lights of MNF, that’s a lot of positive momentum going the Cowboys way.

Assuming the Cowboys do indeed beat the Titans and that the Eagles are victorious over the Jags then both teams will be 4-4 when they play each other in Week 10. Speaking of.

The last time that the Dallas Cowboys traveled to Philadelphia for a game that featured both teams playing for something was in 2015 when Tony Romo broke his collarbone. It’s been a long time.

Dallas and Philly have played each other in Week 17 in each of the last two seasons and each of them, respectively, had already locked up the NFC’s top seed and rested all of their starters. We’re going to get to see Dak and Zeke take on the Philly crowd that has something on the line which is always very interesting.

This would make the Week 10 game bigger on its own, but if the Cowboys and Eagles are both 4-4 this game will leave the winner with legitimate life on the season and the loser needing significant help. It will be the biggest game for the Cowboys in quite some time.

The Eagles are the reigning Super Bowl Champions and while that deserves a level of respect, it might not be ridiculous to suggest that the Redskins are the more likely team to win the division. Washington still gets to play teams like Tennessee (who we’re suggesting Dallas will beat), Tampa Bay (Dallas does as well), and the Giants twice. The Redskins should at least get to eight wins while the Eagles still have to play both the Saints and Rams (apologies, an earlier typo had the Vikings here).

Dallas has yet to win on the road this season in four tries and their next two traveling games might be their hardest. Just one week after they visit Philly the Cowboys will be charged with exorcising the demons of a November ago when they play a road game against the Atlanta Falcons.

The Falcons have struggled this season, but inside of their stadium (coincidentally the home of Super Bowl LIII where we all would love to end up) they’re a different team. Atlanta has scored at least 30 points in four of their five home games (yes they’ve already played that many) meanwhile Dallas has yet to break 17 on the road. That doesn’t bode well for us.

Tony Casillas and I got more into this topic on the latest episode of BTB’s The 75O. Listen below:

Right now it feels fair to say that the Cowboys will beat the Titans and lose to both the Eagles and Falcons. This would put them at 4-6 on a short week readying to host the Washington Redskins on Thanksgiving. Typically 10 wins is about or around enough to win your division and if this ended up being the case the Cowboys would have to win out in order to have a chance.

You can almost talk yourself into the Cowboys beating the Redskins on Turkey Day because they should have arguably won when they visited our nation’s capital last week. Amari Cooper will hopefully present a difference of sorts, but even if you assume the Cowboys win that game things don’t get easier seven days later because the Cowboys host the New Orleans Saints on Thursday Night Football.

Following this brutal stretch the Cowboys have an opportunity to end the season strong. After hosting the Eagles, they visit the Indianapolis Colts (the Matt Eberflus revenge game!), host the Tampa Bay Buccaneers (maybe Zeke will jump in a kettle again), and visit the Giants in the regular season finale. You can argue that the last three games should be wins and obviously so much of this hinges on what Amari Cooper does over this stretch, but anything can happen. The home game against the Eagles will be tough, but Dallas is a much better team at home than on the road.

Should the Cowboys win at least two games of this particular stretch we’re discussing then you can argue that they’ll have solid chances while we’re all doing our Christmas shopping. If they drop three of them, possibly even all four, that should be the season right there. It’s akin to last season how the Cowboys hosted Philly, traveled to Atlanta, and hosted the Chargers on Thanksgiving… three losses that ultimately ended their season in many respects.

This four-game stretch includes three playoff teams from last season, not to mention the one that won it all, and the current NFC East leader in the Redskins. It’s a very tough stretch and the Cowboys are going to have to pull something incredible off if they want a chance for a 17th game on the season.