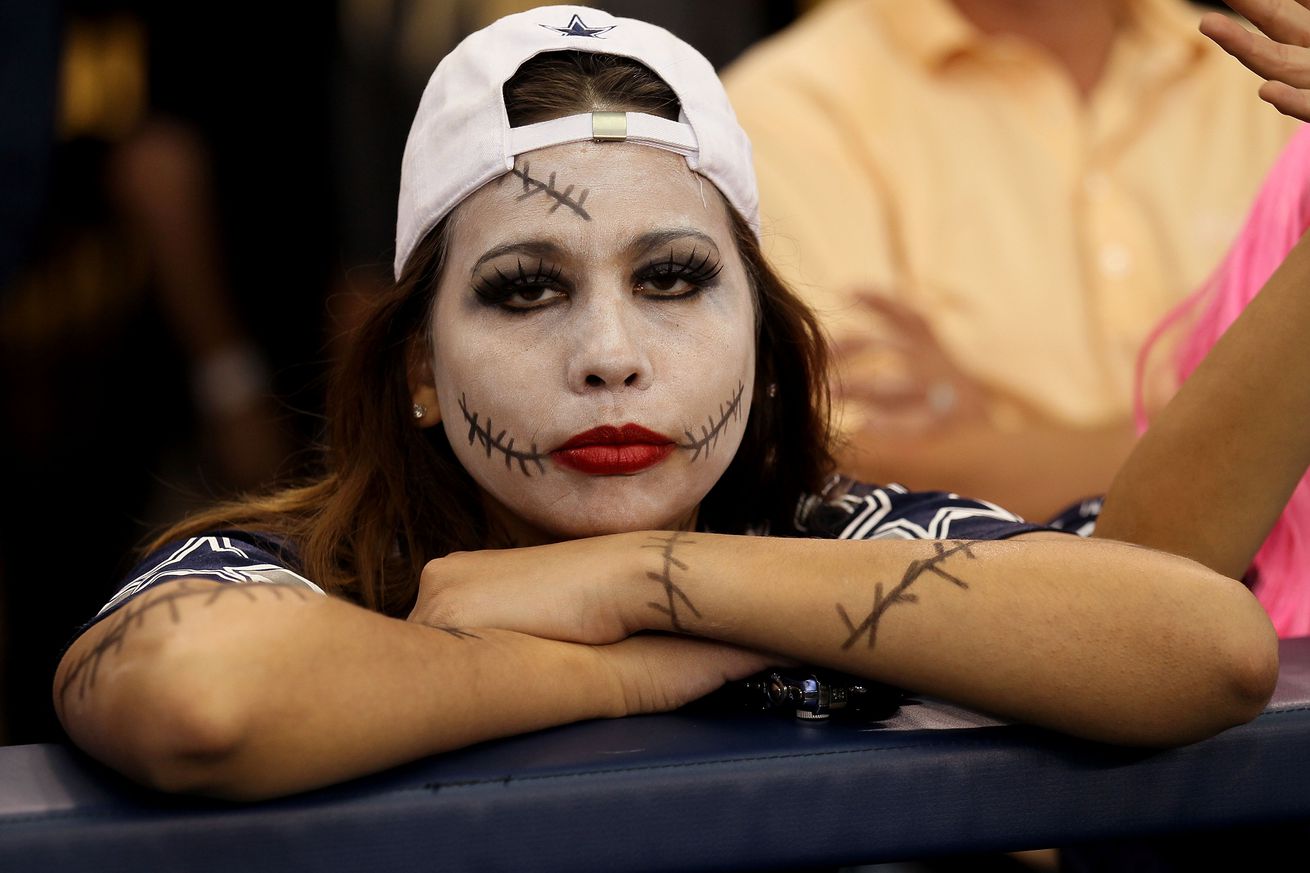 Dallas didn’t get the results they hoped for while on their bye.

There were no treats for the Dallas Cowboys on the weekend before Halloween, only tricks. The Cowboys were idle but could have received help within the division but it never materialized.

Early on Sunday morning, the Eagles were playing the Jaguars in a game in London. The Jaguars have been a mess recently, but the Eagles were coming off blowing a huge lead in the fourth quarter last week against Carolina. Another loss would have dropped them to 3-5 and may have been the beginning of the end for their 2018 season. It was a close game and the Jaguars had multiple opportunities to take charge, but they were just incompetent enough to blow it. The Eagles still don’t look like world-beaters, but the did get the “W” so they are now 4-4 on the year.

In the middle of the day, Washington was playing an NFC East game with the New York Giants. As bad as the Giants have been, there wasn’t much hope that they could pull off the upset and hand Dallas a huge gift. New York did manage to hang in the game but they were unable to do what Cowboys fans hoped for; Washington won and moved a full two games ahead of Dallas in the division.

Next week Washington hosts Atlanta while Philadelphia is on a bye. If the Cowboys can knock off the Titans when they resume play on November 5th, they will draw even with the Eagles at 4-4. Dallas will then travel to Philadelphia for a big game. Maybe along Washington will start to stumble.