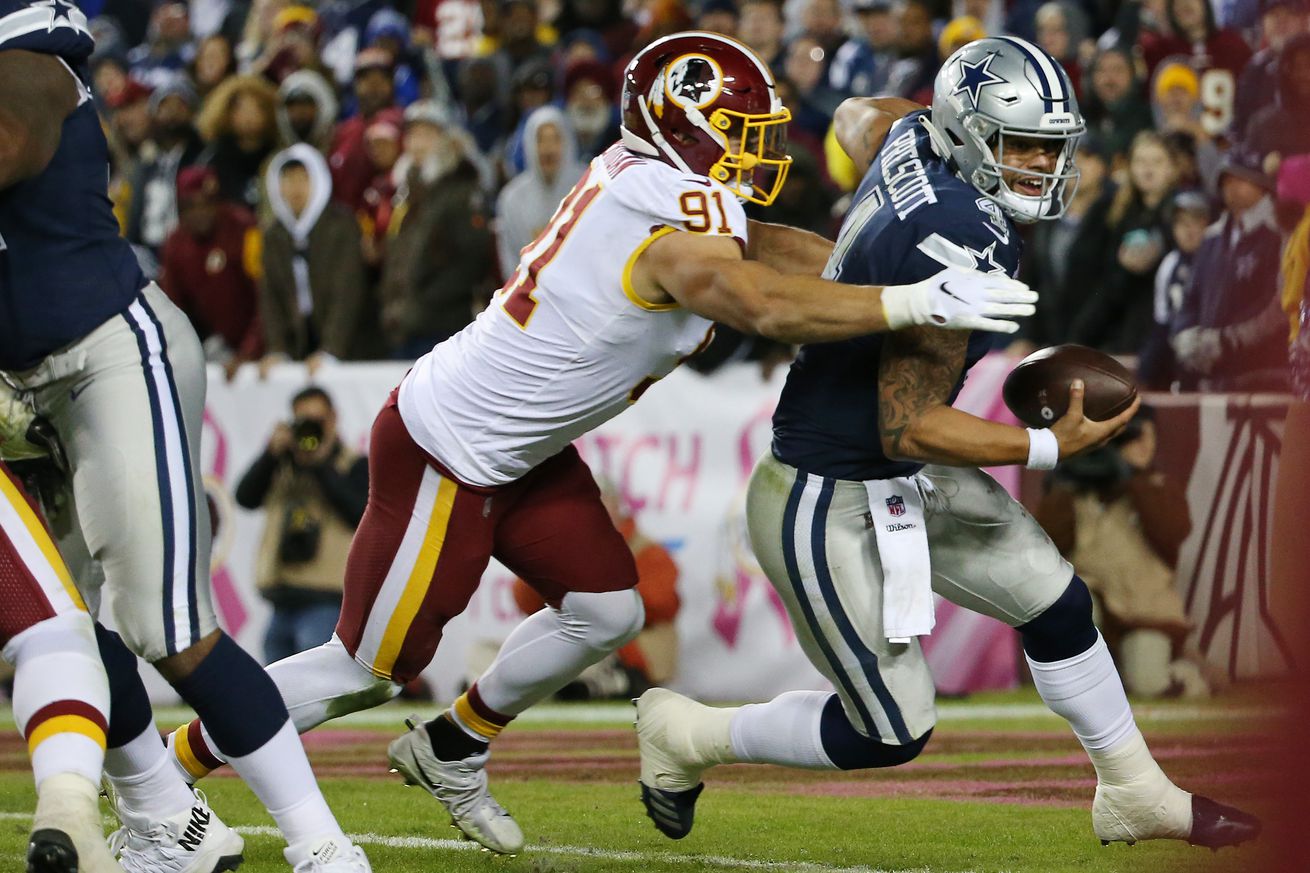 We can’t say the Cowboys didn’t try to get better during their bye week.

For the second-straight season, the Dallas Cowboys limped into their bye week one game below .500 at 3-4. In the Jason Garrett-era, only three times have the Cowboys been below .500 at the bye, with 2015 being the lost season that nobody likes to talk about. Even last season, after losing back-to-back games to the Rams and Packers, the Cowboys followed up that 2-3 start with a 7-4 finish. Now, 9-7 still wasn’t enough to make the playoffs but the team hopes that they can salvage this season. At least, that’s clearly what message they are trying to send after their bye week moves.

The Cowboys seemingly spent the last week making self-evaluations and correcting their missteps from the offseason. Starting with trading for Amari Cooper, the Cowboys clearly worked on fixing their mistake of thinking they didn’t need a top receiving threat. We already determined that out of all potential parties of interest, they made the right call with Cooper. There are arguments to be made about what it cost to make that correction but they view the 24-year-old as a cornerstone player for the foreseeable future.

The latest move, the firing of offensive line coach Paul Alexander, isn’t all that surprising. It’s another correction on an early error to pair him with an offensive line that didn’t jive with his technical teachings. This line was a mess on the road, committing countless penalties, doubling their sacks allowed, and one communication breakdown after the other. La’el Collins seemed to be the most-affected by technique changes and already accrued eight penalties in seven games. The All-Pro left tackle Tyron Smith hasn’t looked the part though he’s healthier than year’s past. The pedigree, the talent level of the players, and their previous accomplishments pointed the finger at Alexander. The Cowboys will ride with familiarity plus past success in Marc Colombo and adviser Hudson Houck.

Again, it’s about salvaging this season because they believe that there is an opportunity to turn things around. The Jones family have made these swift changes to put the coaching staff and players in the best position to dig themselves out. The question though is how plausible are their goals? It’s highly likely that this season is playoffs or bust for the coaching staff, at least that’s what these moves suggest. At 3-4, the Cowboys haven’t been read their last rights or anything but it’s going to take quite a steep climb.

Dallas is currently the 12th seed in the NFC, they have three losses to current NFC playoff teams. Six of their remaining nine games will be against NFC teams currently seeded above them. They really only have one way to get in and that’s win the division because the wildcards are likely coming from the NFC West and NFC South. The Cowboys got no help this weekend either as Washington took a two-game lead and the Eagles also got a win. The two games with Philadelphia as well as the home rematch with Washington loom large. At the same time, they need to find a way to win against the Falcons and Buccaneers, who both currently have tie-breakers over them. Unless teams in their division unravel around them, the Cowboys will need to go 7-2 over the next two months.

The good news is that they only have four games remaining against a Top-10 team in total defense. The bad news is that three of those four games are divisional contests that they need to finish 2-1 in. The other is this Monday night against a struggling Titans team. Three of the Cowboys four losses are to Top-10 teams in total defense. The pressure is on this Cowboys offense to produce more consistently because their three wins were against scoring offenses that rank 23rd, 25th, and 29th in points. Coming up this team will go toe-to-toe with three Top-10 scoring offenses, but thankfully the Cowboys defense keeps them in every game.

The Cowboys hope that they have exercised their demons over this layoff and are ready to make up some ground. First, they need to see their five guys up front play much better than what we saw in the past seven games. Secondly, if Amari Cooper is who they believe he is, expect this passing offense to see improvements. If they improve in the passing game, the entire offense will benefit, especially Dak Prescott and Ezekiel Elliott. That’s a lot of ‘ifs’ for these Cowboys but a lot can happen around the NFL in nine weeks of football. The Cowboys front office deserves a little praise for being aggressive in admitting the mistakes and quickly looking for corrections. However, you can’t help but question if these midseason changes will be enough to overcome the early deficit, and more importantly, the obstacles ahead.