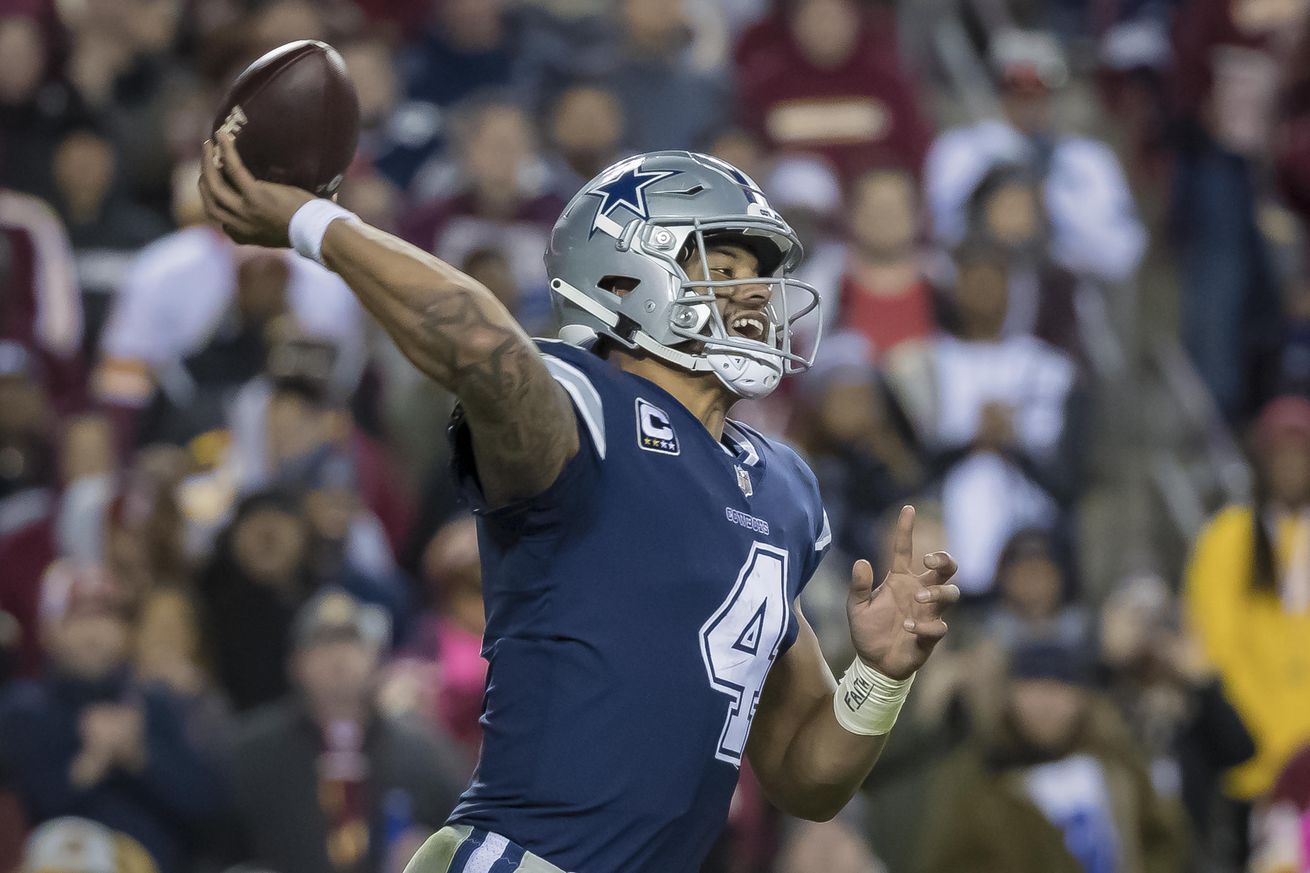 Dallas isn’t sitting on their hands and letting the season slip away.

While the bye week didn’t exactly do them any favors the Dallas Cowboys are still well within striking distance in the NFC East. Talking about playoffs is always a big thing, but the Cowboys are in the middle of the pack in their conference and have a fair shot.

This has felt like a season of importance for the brain trust of the Cowboys, specifically head coach Jason Garrett. While the club technically had a winning record a season ago there’s no question that it was a disappointment from the 13-win campaign a year before it. The Cowboys are expected to win and to win now. That’s not a good thing if they’re not doing it.

The world saw the front office make a few choice decisions over the offseason. Perhaps their two biggest bets were going with a cast of question marks at wide receiver and bringing in a new offensive line coach that taught an unusual technique. Had those moves worked out then we’d be sitting here celebrating what the Cowboys did, that’s common sense. Considering the wide receiver group and offensive line have both been bad through seven games they are rightfully being faced with a lot of questions.

The Cowboys are owning up to their own poor decisions

A week ago the Cowboys shipped their first-round draft pick out of town to bring in wide receiver Amari Cooper. This was a flat out admission that their previous philosophy wasn’t working and that they needed a (hopeful) superstar at the position. Good for them for not only realizing this but acting on it, although obviously everyone wishes they’d paid less.

Bye weeks are a unique set of seven days that offer the time to pull off moves like these. They also offer time for reflection. The Cowboys seemingly reflected on what used to be the best element of their team in their offensive line and realized that it was in fact playing to suboptimal levels. They also made a change there on Monday when they fired Paul Alexander, promoted Marc Colombo, and brought back Hudson Houck.

Plenty of people are at a “doesn’t matter what changes they make, they’re doomed” standpoint with the Cowboys, but such is life rooting for America’s Team. While yes, the Cowboys obviously erred in some of their decisions over the offseason, the fact that they would do everything that they could to rectify it with time left is certainly commendable.

The reality here is that a lot hangs in the balance with the Cowboys. These next nine games that they’ll play are going to determine a lot of outcomes and fates. It was confounding how a team that was seemingly up against a wall had such a passive disposition when it came to how they built their roster and staff, not to mention how conservative the Cowboys have been in their losses.

Perhaps the Cowboys are proverbially pushing in all of their chips here. Maybe they realize that they are somewhat all-in. If the team doesn’t do something noteworthy between now and January they are going to have a lot of questions to answer.

For now those questions will continue to linger, but what will not continue to fester is the passive nature we saw from September to now. The Cowboys are done watching themselves sink. They’re trying to make a swim of it at this point. Whether or not they will remains to be seen but for now they deserve credit for giving it what they’ve got.