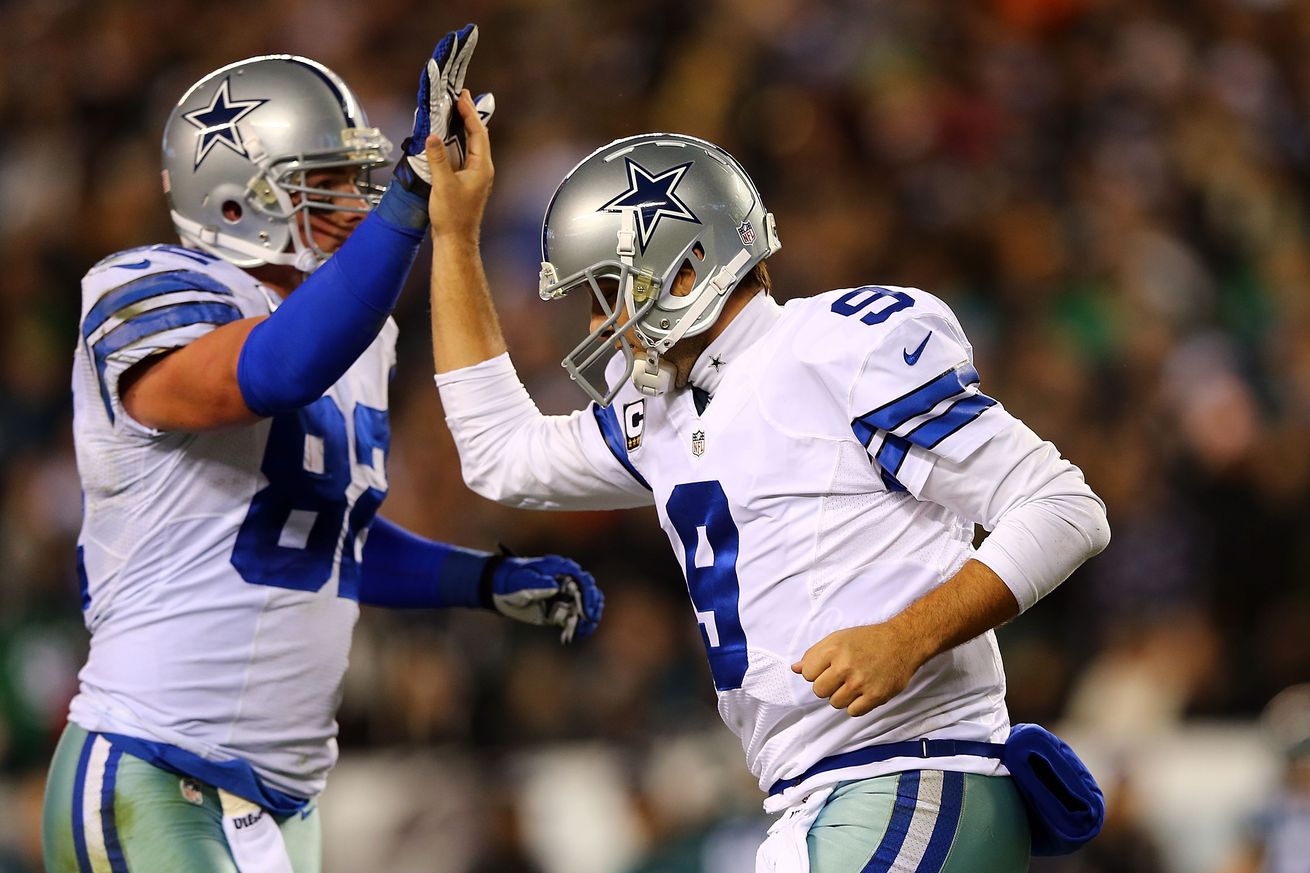 It was only a year ago when one friend helped honor another. Could the roles be reversed on Monday night?

Hey, guess what? Jason Witten is returning to Dallas. Only this time, he will be trading in that glorious no. 82 jersey for a suit and tie as he makes his first ever Cowboys broadcast for ESPN’s Monday Night Football. It’s always great to hear Witten’s voice as the future Hall of Famer has been such an integral part of the Cowboys for the past 15 seasons. Nobody has caught more passes in a Cowboys uniform than Witten. He has hauled in 1,152 receptions over his career, and it’s not even close. Michael Irvin is a distant second, trailing Witten by more than 400 catches.

The legacy of Jason Witten is truly a great one as he’s embodied not only what it means to be a great player, but what it means to be a great person. His character has been admired by Cowboys fans for years and is one of the reasons ESPN put the lovable Witt in the broadcast booth. On Monday night, he’ll return to his old stomping grounds and you better believe the Cowboys organization will have something special planned for him before the game.

In fact, it was only last year when Tony Romo made his return to Dallas, broadcasting the game for CBS when the Cowboys hosted the Kansas City Chiefs in Week 9. The Cowboys honored Romo with a tear-jerking tribute video, narrated by none other than Jason Witten.

Well, it’s Week 9 again and it’s Witten that is making his return to Dallas. Could it be deja vú all over again with Romo returning the favor and narrating a tribute video for Witten? It just feels like a foregone conclusion that this will happen and don’t be surprised if Witten has trouble holding back the tears like Romo did last year.

For years these two guys helped carry this team to victory for many Sundays and they will always have a special place in our hearts. But on this day, we’ll take a moment to honor a Cowboys legend, and there is no better person to do the talking than his BFF.