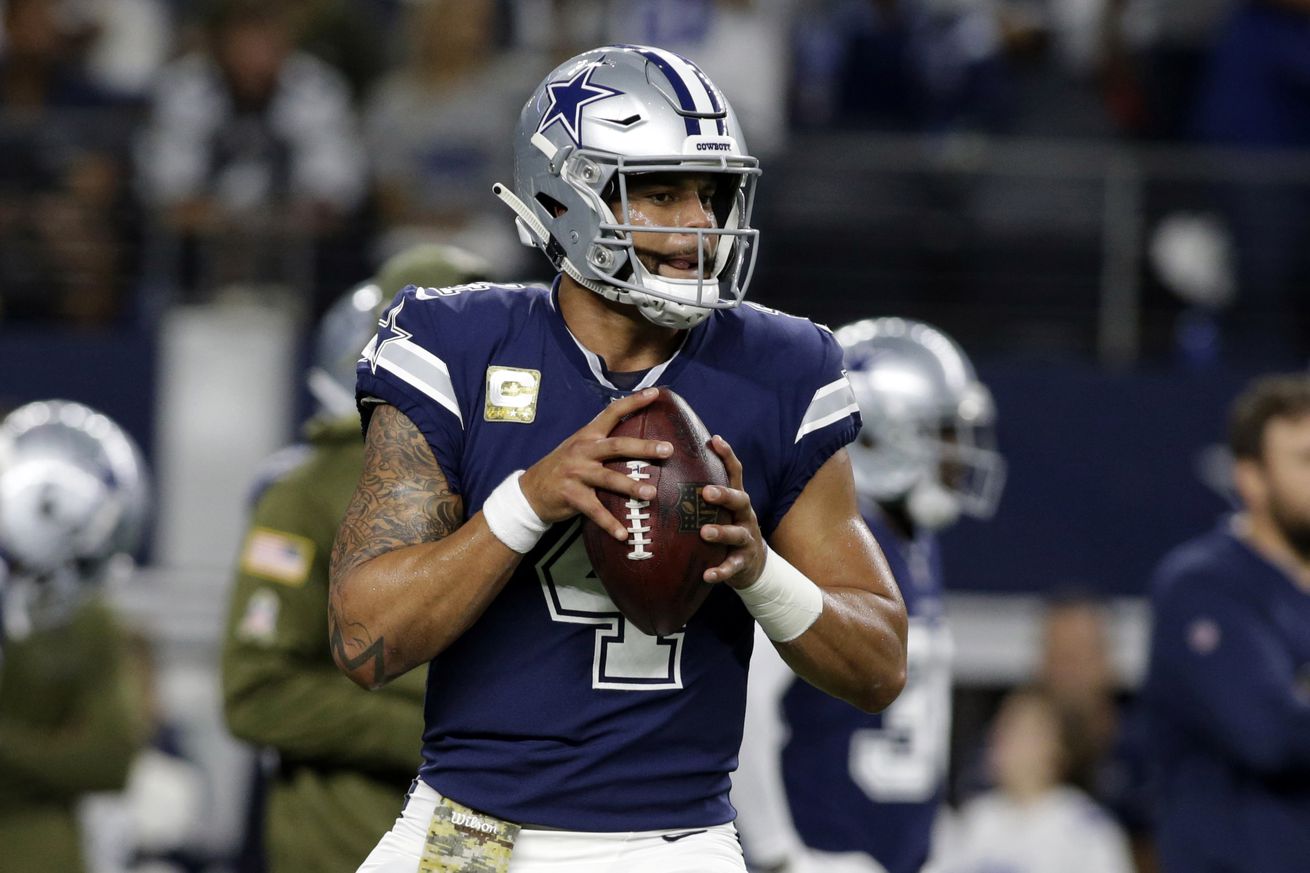 Dak Prescott doesn’t seem to be learning from his mistakes.

About a month ago we talked about three horrible mental mistakes that Dak Prescott had made in the Cowboys performances against the Detroit Lions and Houston Texans. They involved him not being aware of everything on a football field, everything like the actual literal field.

One of the three plays we discussed came against the Lions specifically. Dak Prescott scrambled to his right and ran out of bounds. This normally wouldn’t be an issue except that Prescott lost yardage. He could have very well thrown the ball out of bounds and not lost any at all. The loss was minimal, but it’s the principle of the matter.

Later in the Lions game Dak Prescott runs out of bounds instead of throwing the ball away and he loses yardage. The marker is literally right in front of him. pic.twitter.com/pCRa3MQcgv

With two weeks or preparation for the Tennessee Titans under his belt, Dak Prescott repeated this transgression early on in the fourth quarter on Monday night. He took the snap, ran right, got out of bounds, and lost yardage. He simply cannot do this ever.

These are basic mental mistakes that a third-year quarterback is making in big-time moments. These cannot happen at any level of football let alone in the NFL. They are deeply concerning.

There are a lot of issues with the Dallas Cowboys but this certainly lies among them. If Prescott is truly this unaware of field position at critical points of a game (really at any point) then the Cowboys have a problem on their hands in it. He has to know better. He has to. Prescott has the ability to throw the ball away in moments like this, while the consequence may only be a few yards again it is extremely important to conserve anything that you can, especially when you’re driving trying to tie the game like he was against the Titans.

What do you make of this? Is it a big deal or just something in the bucket of everything going on?