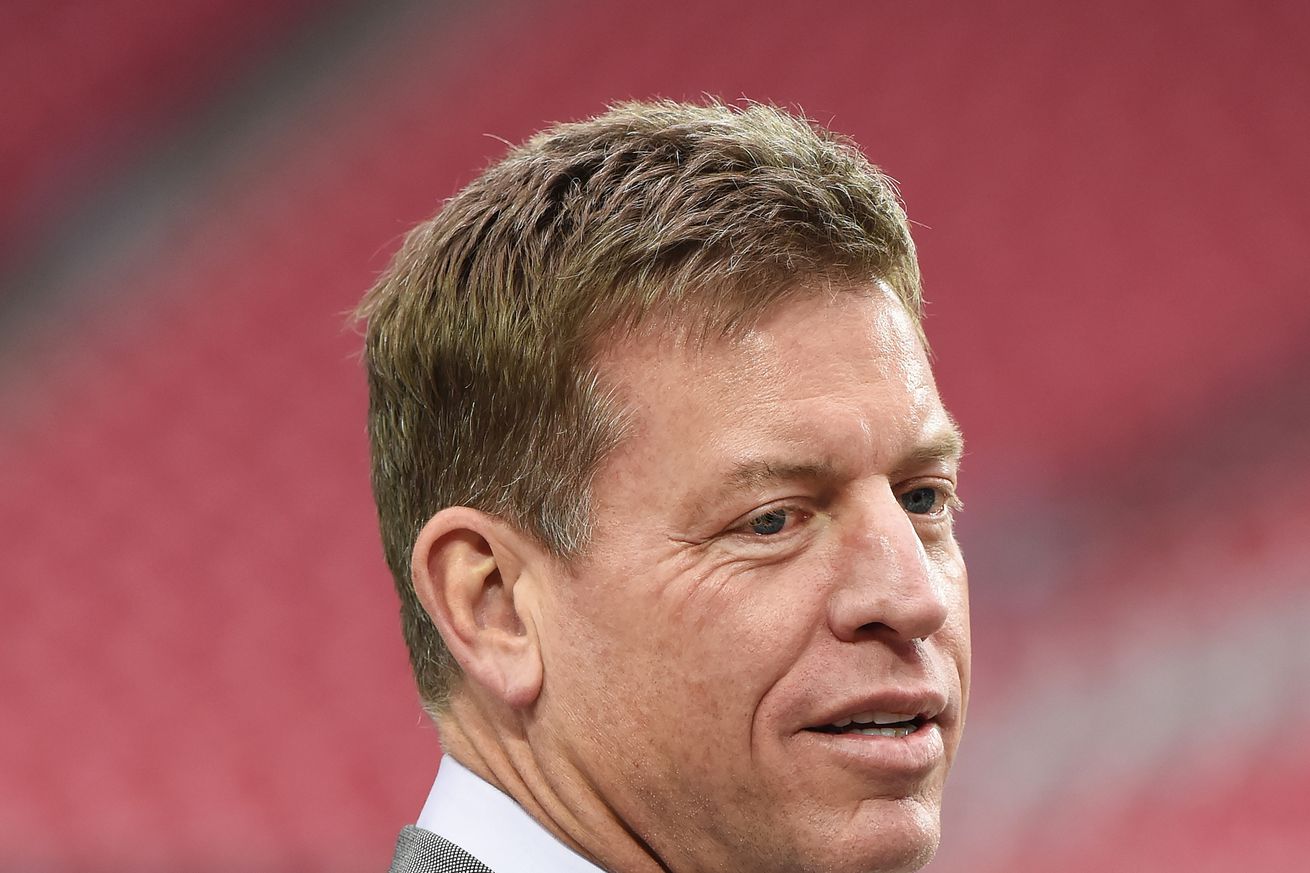 The Cowboys Hall of Fame quarterback chimed in on what needs to happen in Big D.

Cowboys fans are in mourning as it feels like their 2018 playoff chances flat-lined after an embarrassing 28-14 loss to the Tennessee Titans on Monday night. Of course, there is plenty of football left to play as we are only at the midway point, but it’s the kind of football this team has been playing over the first half of the season that has us fans up in arms. Critics are lining up at the door and they have plenty to say about this Cowboys football team. On Tuesday morning, one of the critics was former Cowboys quarterback and Hall of Famer, Troy Aikman.

Aikman has never shies away from telling us how he feels. As a broadcaster, that’s his job. Some fans think he’s lacking in the loyalty department or that he’s trying too hard to not come across as bias, but Aikman just calls things as he sees them and right now – he’s not very pleased with what’s going on in Dallas. On Tuesday, Aikman let his feelings be known…

Complete overhaul of the entire organization? That’s not a slight change here or there like the Cowboys have done in the past, but rather like watching a cymbal-clanging monkey hit the reset button.

So this would be the end of the Jason Garrett era. Aikman was teammates with Garrett in the ‘90s, but that’s never kept him from voicing his opinion about how the team is coached. But whether it’s Aikman, former coach Jimmy Johnson, or thousands of disgruntled fans, Garrett is oblivious to the outside noise and always has the same answer ready whenever people question his coaching.

“I’m just focused on getting our team to play as well as we can play,” said Garrett, who has a 70-58 career record, including 3-5 this season. “We’ll learn from that experience [Monday] and get our eyes forward to Philadelphia.

Cowboys fans will concur that over the years, this organization has come up empty as they try to recapture the greatness of the ‘90s Super Bowl teams. Several coaches have come and gone, including legendary coach Bill Parcells, but no one has been able to get this team past the divisional round of the playoffs. Aikman said it hasn’t always mattered who the head coach been so maybe his criticism is more directed at the fella who put him in the ring of honor, Jerry Jones.

The front office has tried all types of approaches, from wild gambles in big trades to the slow, patience of building the team “the right way.” The team prides itself on always trying to get better, but are they? Monday night’s game was the epitome of all smoke and no fire when it comes to promises of a revamped performance. And Aikman points out out that Cowboys owner Jerry Jones has plenty to sell, but never anything to show for it?

“I’ve heard Jerry say, ‘OK, look, we’re going to do it differently. I’m going to do it differently.’ … But it’s the same. Nothing changes,” Aikman said. “And that to me is the bigger issue. … Yes, coaching is important, personnel, all those things are important, but how are you going about evaluating how you’re going about running the organization?”

I’m sure Cowboys fans would love the idea that someone other than Jerry was in control of the team, but to his credit, he’s really backed off in recent years. His son Stephen Jones manages the team’s salary cap and they are gradually improving in that department. Will McClay has done a great job bringing in talent as the team has drafted well in recent years. Are the Cowboys really not running the organization that well?

This Cowboys team has problems. We all know that. But pinpointing it hasn’t been easy as we’re all over the place where we feel the blame should go. Maybe the answer lies with some new people making decisions in Dallas. This could mean Scott Linehan being relieved of his play-calling responsibilities. Or maybe it’s time for the removal of Garrett as we search for a new process. Or just maybe, it goes even higher than that? Troy Aikman seems to think so and after Monday’s performance, he is not alone.