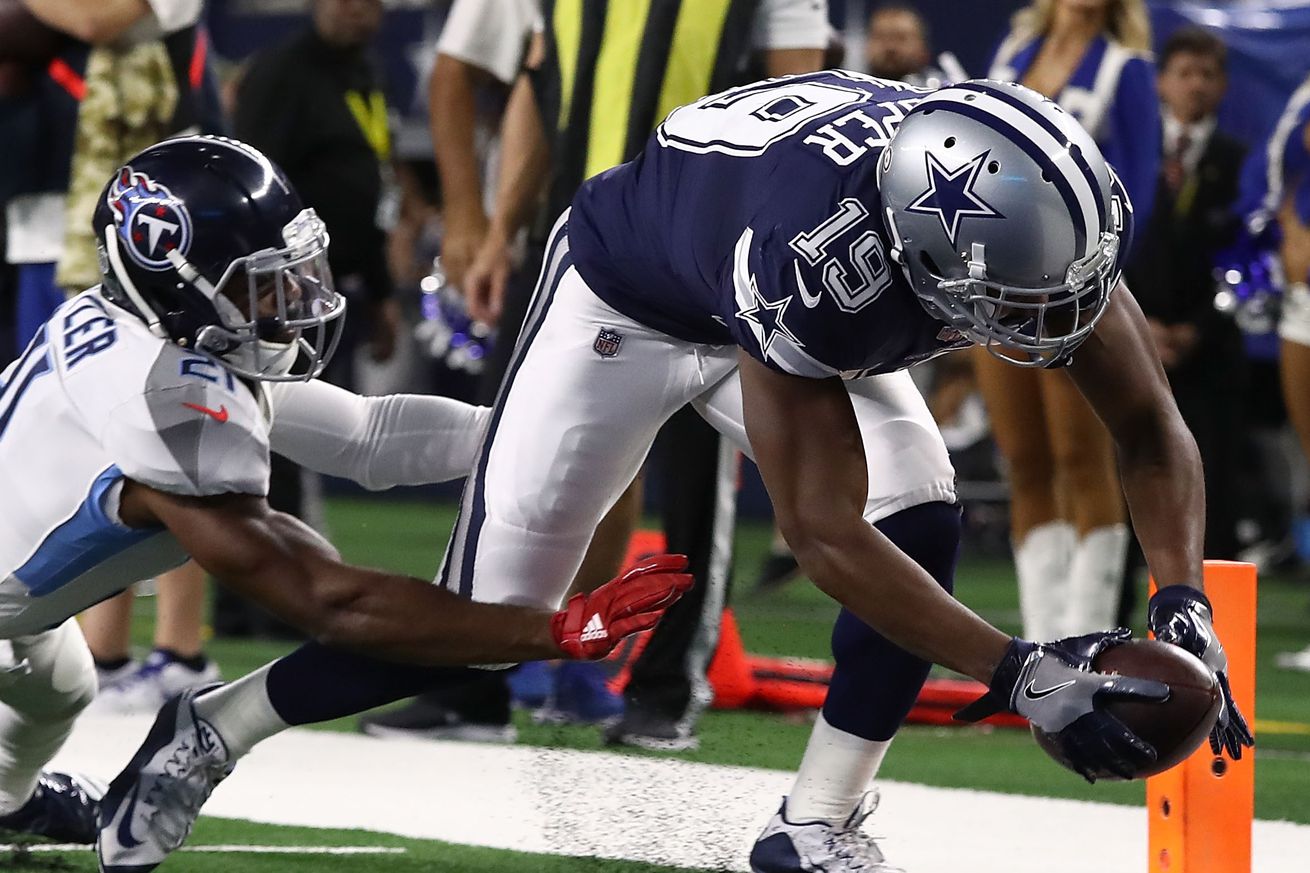 It was tough to get a good night’s rest after watching the Cowboys ghastly Monday night performance against the Tennessee Titans. I kept visualizing that Cole Beasley trick play as if I was playing Madden, only I was accidentally hitting the wrong buttons. And then I would have flashbacks about how great I felt in the first part of the game when I started feeling that same sense of dominance when they surprised everyone with a blowout victory over the Jacksonville Jaguars. Leading up to Monday night’s game, all I kept thinking about was “which Cowboys team were we going to see tonight?” And it was such a good feeling when we saw the offense start blazing down the field and the defense playing with such an incredible level of energy.

But that feeling didn’t last long as the legs got swept out from under them and they relapsed back to an inept offense combined with a defense that had its worst showing of the season. Did you know that coming into this game, the Cowboys defense was ranked #1 in the league, allowing the fewest points per game? Thanks to some defensive struggles by the Baltimore Ravens over the last three games, the Cowboys managed to jump them for the number one spot. Unfortunately, they were only able to hold down that spot for one day due to giving up 28 points to an offense that is near the bottom in scoring this season. Oh, and guess who holds that top spot for fewest points allowed now? The Tennessee Titans.

Of the Cowboys first eight games, five of them have been against top 10 scoring defenses. And they’ll get another one on Sunday with the Philadelphia Eagles. Of course, our good pal rabblerousr reminded us of a very important common denominator from all those opponents.

Of course, one of the reasons those teams have such lofty rankings is because they played the Cowboys… https://t.co/1niVanFWDl

The offense’s continuous struggles are difficult to stomach. It’s hard to fathom how a team that has Ezekiel Elliott isn’t able to have more success moving the ball. But the Cowboys manage to pull it off. Somebody is always doing something wrong and that throws everything out of whack. A missed block here, a penalty there, or a throw that is nowhere close to where it’s supposed to be – all contribute to Dak Prescott and company slowly waltzing off the field in disappointment. Did you know that in each of the Cowboys first three possessions against the Titans, Dalton Schultz missed a block that allowed the defender to tackle Elliott for a loss?

Man, I didn’t realize how important Geoff Swaim was.

Three red zone opportunities, each with a negative play, contributed to just seven points produced in those first three possessions. And the touchdown the Cowboys did get was on the heels of the defense swatting the ball out of Marcus Mariota’s hand and kicking it around until they were deep into Titans territory.

Are brighter days around the corner? There is no reason to believe that they are. Dallas could very well surprise people and play more of that great football they occasionally play, but it would definitely be a surprise because none of us are expecting that now. Regardless of how things play out, there are going to be some things to be hopeful about and some things that will concern us.

I’ll be the first to raise my hand when it comes to not liking the trade to acquire Amari Cooper from the Oakland Raiders. First-round talent on a cheap four-year contract is an asset that’s just too hard to give away. But it’s done. Time to put on our forward faces.

When it comes to Amari Cooper himself, it’s hard not to like the player. He’s a great route runner and the separation he creates from the defender was on full display Monday night. The Cowboys know what they’re getting with Cooper and he showed us all a glimpse of what that is.

Here are all five of Amari Cooper’s catches against TEN. It was a bad day for DAL, but Cooper was one of the lone bright spots. #RouteRunning pic.twitter.com/vu32VcQCD6

Cooper is a good player and this team definitely has a big need for what he can bring. The only question is – can the Cowboys utilize his ability properly? If they can, he’ll make that first-round pick investment mean something.

Speaking of first-round investments, Leighton Vander Esch looks very good. Normally, this would be the time of the year where we would sulk from learning Sean Lee is going to miss some games due to his latest injury, but when it comes to Cowboys’ problems – that’s near the bottom of the list. And a big reason for that is the play of LVE. I don’t even care about that cheeseball personal foul penalty, most of what he showed on tape was really good. He’s a keeper.

People that are complaining about the play-calling are right. It’s been dreadful at times. I really don’t know what they’re thinking sometimes. People that are complaining about Dak Prescott are also right. Some of his throws look as if he’s a rookie quarterback getting close to being benched. And then there’s the offensive line. They’re terrible at times and they look even worse when Prescott holds the ball for way too long.

The Cowboys just can’t figure out how to make this offense work. Jason Garrett, Scott Linehan – you guys are supposed to be two great offensive minds who each have two of the top scoring seasons in franchise history as offensive coordinators, yet this group can’t score points. Fix it!

And a fix better come soon because this Cowboys defense isn’t as good as we might have thought they were at one point. Yes, they’re still third in points allowed and this group has played well for the most part, but they have holes and opposing teams are exploiting them. The defense can become overaggressive at times and offenses are capitalizing. Read options, shovel passes, screen plays – they all punish a team that goes all-in and guesses wrong.

Watching the defense play great for two downs only to give up a head-shaking third-down conversion over and over again was excruciating to sit through. Before, the defense had been reliable and bailed out the offense, giving them new life, but none of that was present on Monday night. Maybe they’ve used up all their chances.

The glass-half-full side of me would be tempted to remind you that the Cowboys are still in this thing. Heck, they play Philadelphia next week and if they win that game, they’ll catch the Eagles and hold the tie-breaker advantage. And after Washington’s slew of injuries on Sunday, nobody is really expecting them to hang on the NFC East. That would be a great message to convey if it wasn’t for the fact that this Cowboys team is doing nothing to make us think they can win football games. They’re a 3-5 team and 3-5 teams aren’t good. We are at the halfway point and the Cowboys haven’t been able to win two-straight games so why are we to believe they could go on a run? Yeah, I’m not going to try to sell you on that.

And not only are the Cowboys not very good, but the opponents coming up – are. That’s right, they just got through the easy part of their schedule and now’s the time when things start to get hairy (schedule courtesy of NFL.com)