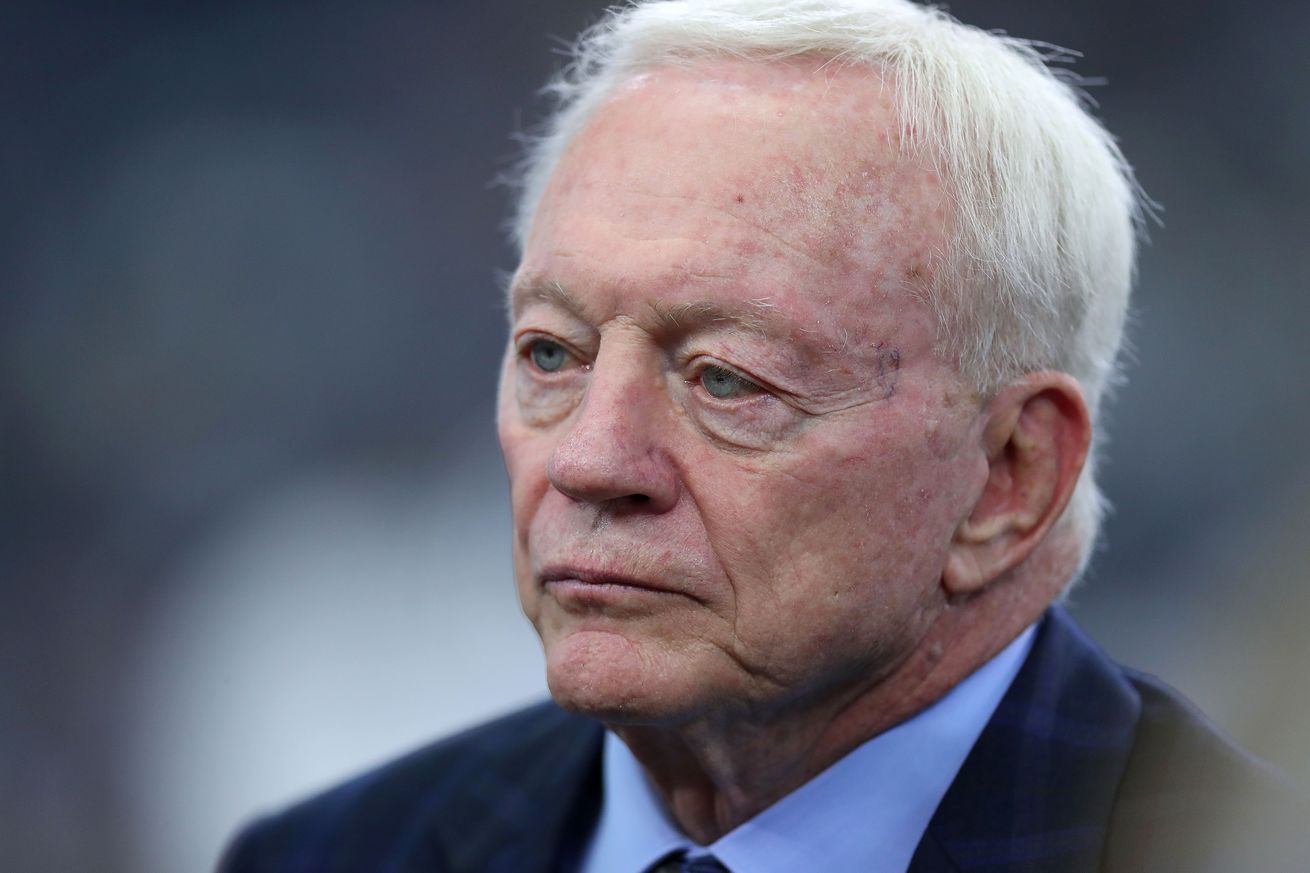 Or, you know, just keep on going nowhere.

If you are like many of us, there have been times in your life when you have had a car or truck you really, really liked. You hung onto it despite some dings and dents and things not working quite the way they used to. But one day, you finally had to face the fact that it just wasn’t dependable any more, and getting the growing number of problems fixed was not only expensive, but just a temporary Band-Aid until the next thing broke. You finally had to move on to something newer and, hopefully, better.

That is where the Dallas Cowboys are, with Jerry Jones in the role of owner, and the vehicle in question the entire Jason Garrett system. The decisions of the past offseason were a bunch of repairs that may have looked nice, but didn’t really fix the underlying problems. So, as fond as Jerry may be of his ride, it is time to go shopping for a new one. Yes, there is always the chance that in the long run, the new one may not be better and could actually turn out worse. But the only alternative is to limp along with what you have, knowing that is is likely to break down on you at the worst time.

Firing the head coach has always been the go-to solution for NFL teams that just couldn’t get things right. Sometimes it has not really been the solution, but there are plenty of examples where it turned out to be exactly what needed to be done. The Los Angeles Rams and Jeff Fisher is one of the best recent examples. But that worked because there were several other things that were either in place or that turned out right. The Rams had a solid foundation of talented players such as Jared Goff, Todd Gurley, and Aaron Donald; they added other players from outside the organization that really helped, like Brandin Cooks and Ndamukong Suh; and most importantly, they hired the right guy to replace Fisher in Sean McVay. Not all teams are able to get the transition right. It can be argued that most don’t.

Still, there comes a point when a team has to try, because the evidence indicates that it is not going to get any better in Dallas without it. There have been calls for Garrett’s termination in the past, but this is a different thing. There is no recent year of success to argue for one more season to get things right again. There have only been two years under Garrett that the team got to the playoffs, after all, and nothing so far this year has indicated that a return is coming any time soon.

Garrett has built the culture and the system over his eight years in Dallas, and while he has done some very good things in that respect, he has not accomplished the only thing that truly matters. Winning is the panacea in the NFL. The failure to do so, especially after the embarrassing performance Monday, is the most damning evidence in favor of his departure. His failure to develop and adapt to Dak Prescott is also another thing that just cannot be tolerated. The “hot hand” decision may have been justifiable in light of Tony Romo’s tenuous health, but there is no question it has not worked out so far. And there is no indication that it will if Garrett remains.

The painful thing for many, including myself, is that any resurgence of the team the last half of the season would likely be nothing but a mirage that could fool Jerry Jones into giving Garrett and company one more chance. It is confusing to look ahead and worry that the team could win too much, but barring a run of 7-1 or 8-0 and then a playoff win or two, that is pretty much what anything else would be. Looking forward, it seems all but impossible for the Cowboys to win more than three or four games, which should force a decisive move. It is not exactly hoping for the team to lose games. It is more just a realization that a few wins moving forward, no matter how good the team may look doing so, is not real proof that the underlying problems of the first half of the season are solved. If nothing else, the question would remain, just what took so long?

We won’t know until it happens, of course, and Jerry Jones does not always make the wisest decisions. And this one is going to be in his hands. His son Stephen will have input, of course, and the rest of his children (who also are part of management) will get to state their positions. But this one is going to come down to the patriarch. Based on the fuming anger that was apparent when he stalked into the locker room well before the team left the field the last game, it certainly looks like he is ready to make a move. It isn’t likely to be before the end of the season, because there is nothing to really gain. When Jerry made the decision to cut Wade Phillips loose at mid-season, there were two things that were not present now. The team had, from all appearances, given up on Phillips. And his replacement was on the staff in the form of Jason Garrett, who did a very nice job in his eight game audition. It really may not have been much of an audition, since Garrett was seen to be the heir apparent long before things came to a head in 2010 and might have gotten the job no matter what.

Currently, the players still seem to be working hard and, except for some plays at the very end of the debacle last Monday, have not thrown in the towel on Garrett. That could change, of course, but until it does, plan on Garrett finishing out the year. And while many look at Kris Richard as an excellent head coaching candidate, he was brought in as the future defensive coordinator. He may well get interviewed when the time comes, but don’t look for him to get a shot as an interim HC before then.

Richard raises another question, and that is whether Jerry is going to want the next head coach to accept him on the staff. That may become a key factor in who eventually gets the job. Some coaches may be fine with that, but there are many who want to put their own staff together. The NFL coaching community is one of the biggest examples of people who prefer to hire those they already know and are comfortable with. Remember also, some of Garrett’s first set of assistants (and possibly other since) were believed to have been picked by Jerry and/or Stephen, and Garrett himself was hired as offensive coordinator before Phillips took the job. It will be interesting to see which way that plays out.

That is all assuming that the changes are made. As noted, if, against all logic and odds, the Cowboys win this Sunday when they visit the Philadelphia Eagles (who are certainly doing their part to stir up things), it will add a real level of confusion to things. I would argue that even that would be too late, again barring a really shocking playoff appearance and run. If your head coach cannot get things right without being forcibly shoved up against the wall, then he probably isn’t the long-term solution.

You may note that this article has until now not even mentioned the man seen as the real problem, Scott Linehan. But since Garrett has not done anything that is at all evident to get his OC to do better, or has failed if he has, it comes right back to the head coach. It is possible that Linehan has retained his duties and responsibilities because the owner/GM has insisted on it. That seems very unlikely, but it is not completely unthinkable. It may even be a move by Jerry to keep Garrett around by putting all the blame on Linehan and making him the scapegoat the way all those offensive assistants were back in January.

If that happens, the storm of anger and frustration from the media and fans alike will be one of biblical proportions. It would also indicate that the organization is as dysfunctional as Troy Aikman has stated. I certainly don’t think that would happen, but as I said, Jerry Jones is a hard man to predict.

The most likely thing is that the team will scrape out three or four wins the rest of the way, and then the housecleaning will begin. It is painful, especially to those like me who have admired and supported Garrett. But he has had his chance. He and his system have failed. It is time to scrap them both and move on.