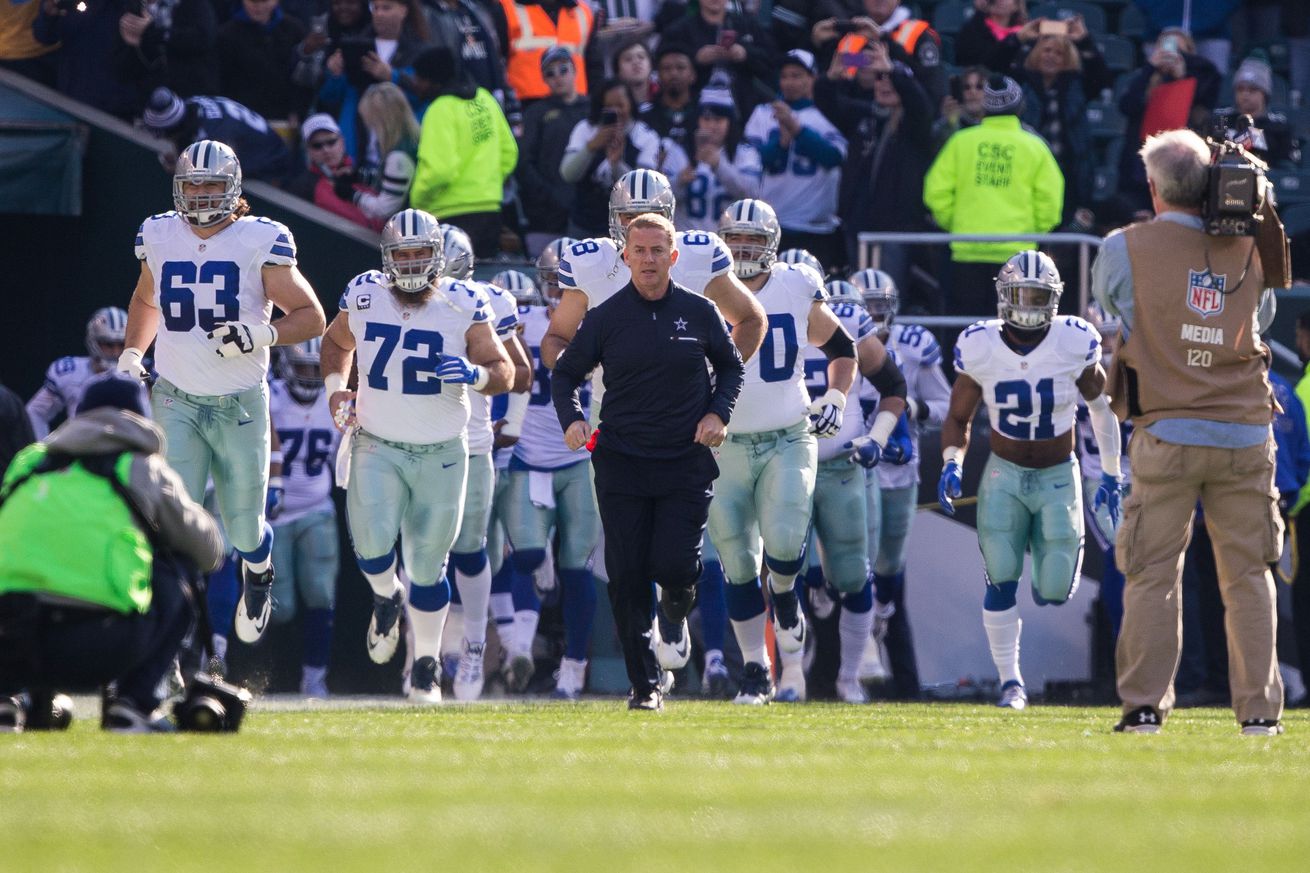 Watch this Cowboys team find a way to win in Philly when they are seemingly so outmatched.

The only thing that is ‘for sure’ about the 2018 Dallas Cowboys is that nothing is for sure. This year’s Cowboys squad will hang 40 points on a good Jaguars defense one week and lose by two scores to the Titans on Monday Night Football. With the world calling for a Philly beat-down, it would be so like the Cowboys to find a way to win this game.

The Eagles are heavily favored and by all accounts they should be. The Cowboys travel to hostile Philadelphia with an 0-4 record on the road this season. In fact, their last road win was actually in Philadelphia last December. It was an ugly 6-0 finish in a meaningless game for an Eagles team that had everything sewn up.

These Eagles, coming off winning the Super Bowl, can’t wait for this opportunity to kick the Cowboys while they are down. This week, multiple Eagle players expressed their hatred for the Cowboys organization and especially the fan base. Philly is feeling pretty energized and talking very confident about this game, multi-time Pro Bowler, Jason Peters had this to say:

“Of course, I don’t like the Cowboys,” said Peters. “It’s just the arrogance. The organization. ‘America’s Team.’ Right now, they’re not winning. Let’s see how many people jump off their bandwagon.”

It’s understood this is one of the more publicized rivalries in the NFL. Trash talk is expected and hating the Dallas Cowboys is practically a requirement to live within Philadelphia’s city limits. Peters’ lines about “America’s Team”, the Cowboys “not winning”, and people jumping off the bandwagon is what’s amusing here for a couple of reasons. The Cowboys haven’t won a championship in over two decades, their “bandwagon” is still among the largest in all of sports. The ‘America’s Team’ moniker that we see opponents obsess about wasn’t created by the Cowboys. Take that beef up with NFL Films. It was the late John Facenda, you know the famous “Philadelphian Sports Radio legend” and voice of the NFL?

For Dallas, they enter this game with the mantra being “must-win”. You know how a Jason Garrett-coached squad loves mantras and a 3-5 record fits this week’s tagline. The Cowboys’ season is already on life support but they’re technically still very much alive thanks to their division rivals. Dallas is two games back of the division leading 5-3 Washington Redskins and one game behind these Eagles. So, the Cowboys aren’t winning many games lately but the Eagles are 4-4, not exactly hanging out with the Saints or Rams atop the NFC.

There’s a great line that Bryan Broaddus always says: “This NFL is a strange lady.”

It’s so true when you see the Steelers put up 53 points on a 6-2 Carolina Panthers team that has one of the better defenses in the league. That doesn’t mean the Panthers are trash, they just ran into the wrong team on the wrong day. It happens. The NFL has a few teams that dominate each season but for the overwhelming majority of teams, it’s a week-to-week ordeal. The Cowboys have not been consistent in the least bit but we know they can turn it on for one game.

There’s another great NFL quote “the more you lose, the closer you are to winning.” Well, the Cowboys have to win a road game at some point. Why not on Sunday against the Eagles with their season on the line?

The Cowboys have played their worst football this season away from home. Dallas also has a long list of injuries they are currently dealing with. Starting left guard Connor Williams is out, which means an already struggling line will see some reshuffling. The Cowboys will have their hands full against this Eagles defensive line and know all to well what kind of player Fletcher Cox is. Still, every team has an area of weakness and the Eagles defense has a big one on the back end. It’s up to the Cowboys to exploit their poor secondary. It’s a favorable matchup but it will require a competent passing game, that’s been a trouble spot for Dallas.

The Eagles have an offense that struggles to protect their quarterback, Carson Wentz. However, he’s so big and athletic that he can deliver the ball accurately even under pressure or out of the pocket. The Eagles also added longtime Cowboys’ nemesis Golden Tate, who already roasted this Dallas secondary once this season before he was traded by Detroit. The Cowboys defense has been rather good this year but they are coming off their worst performance in last week’s loss. Philly has too many weapons to contend with so Dallas can’t afford another defensive lapse.

Philadelphia has done a lot of talking this week and that’s fine if they beat the Cowboys to back it up. If they don’t beat the Cowboys then they’ll be responsible for allowing Dallas back in the divisional race. Look, we’re not saying that it’s going to happen, I was among most of the BTB writers that believe the Eagles will roll this outmatched Cowboys team. At the same time, Jason Garrett is 5-2 against the Eagles in Philadelphia and his teams always find a way to win a game like this. No matter how impossible it may look, every team has a path to victory. Beating the Eagles wouldn’t suddenly fix everything but it will keep the Cowboys’ season alive, even if it’s just for another week.