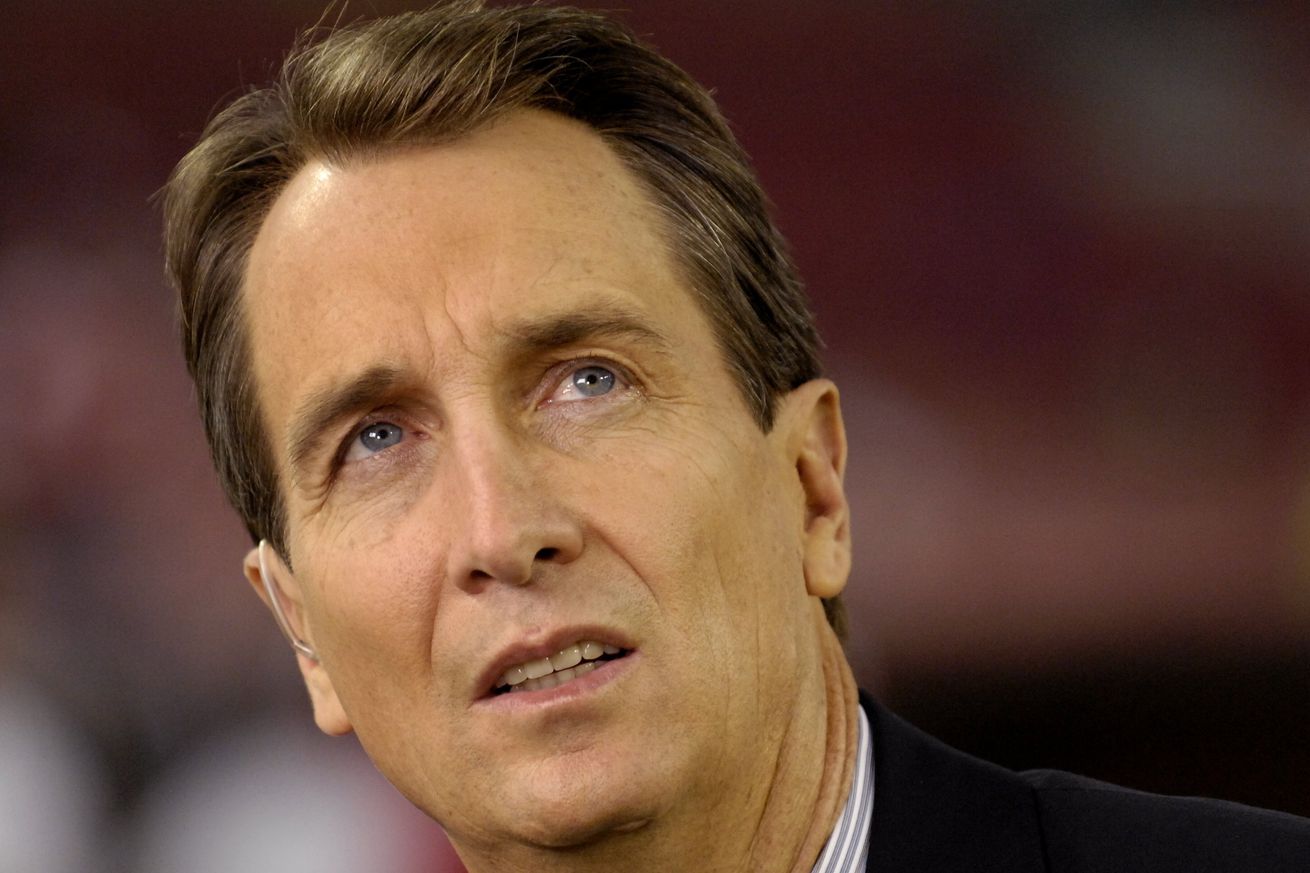 During their loss to the Dallas Cowboys on Sunday the Philadelphia Eagles were not charged with a single penalty. Not one.

This is pretty rare in today’s NFL, in fact it had only happened once so far this season before Sunday night. Coincidentally the other penalty-free team was the New England Patriots when they hosted the Kansas City Chiefs on Sunday Night Football about a month ago. Pretty amazing that both the Patriots and Eagles were penalty-free in games on NBC that were played the season after they squared off in the Super Bowl on that very network. Interesting more than anything.

NBC’s team consists of Al Michaels and Cris Collinsworth. If you care for my two cents I’ll say that this is the best production in the game. Michaels is one of the best play-by-play guys ever and Collinsworth is so good at diagnosing plays in the moment while feeding us tidbits of useful information.

Cris Collinsworth specifically went back to a replay on Sunday night so that he could talk about the big grab happening during it.

He was talking about Carson Wentz’s wristband, though. Not Damien Wilson’s neck. pic.twitter.com/8ASAJzV1j2

Cris Collinsworth isn’t in charge of calling penalties during NFL games so the fact that one wasn’t isn’t his fault. Still though, it is bewildering to see him take a particular detail from this play, especially one concerning a grab, and that it has nothing to do with Damien getting held.

To Collinsworth’s credit it was he who noted on the NBC broadcast that Eagles center Jason Kelce was illegally downfield later in the game… yet another example of a missed call. The Cowboys got no help from the referees in Philadelphia, but they still managed to win. Good for them, and apologies to Damien Wilson.