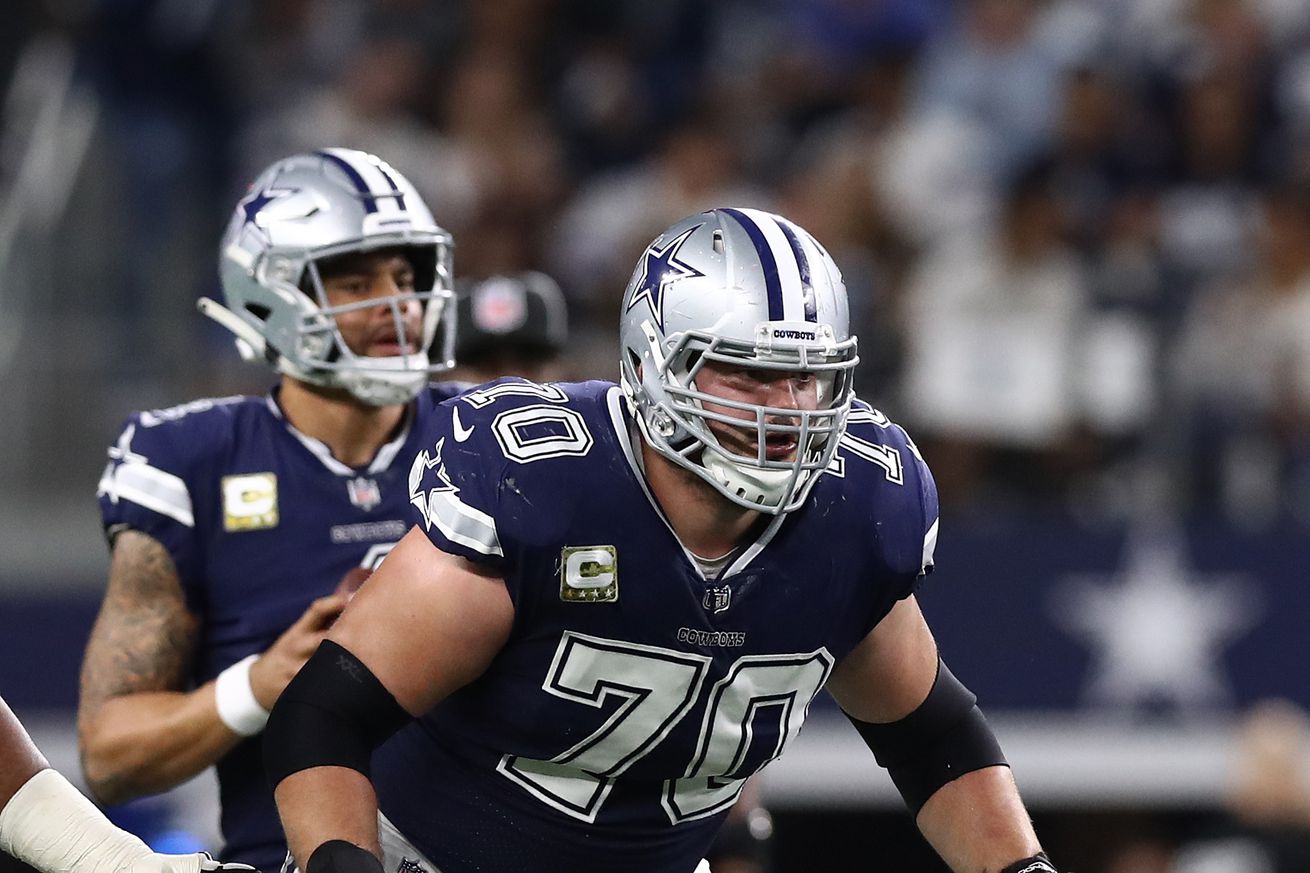 The Cowboys got some reassuring news at practice today.

After yesterday’s injury report that was long and included two of the Cowboys starting offensive linemen, Tyron Smith and Zack Martin, things look definitively better today. Both Smith and Martin returned to practice today, in a limited fashion, making it very likely both will be on the field on Sunday versus the Atlanta Falcons.

Joining them in the ‘did not participate’ list were four defensive linemen. David Irving, Taco Charlton, Daniel Ross and Antwaun Woods all missed practice. That’s three defensive tackles, and Maliek Collins is only back in a limited fashion. Tyrone Crawford will likely spend a lot of time on the inside this week. His versatility is a great asset in situations like this current injury rash.

Practice report is out. Tyron, Zack and Maliek upped their participation to limited #cowboyswire pic.twitter.com/7auvXLtDGw

As for the Falcons, they are getting healthy. It’s still unknown as to whether Deion Jones will be able to participate this week.