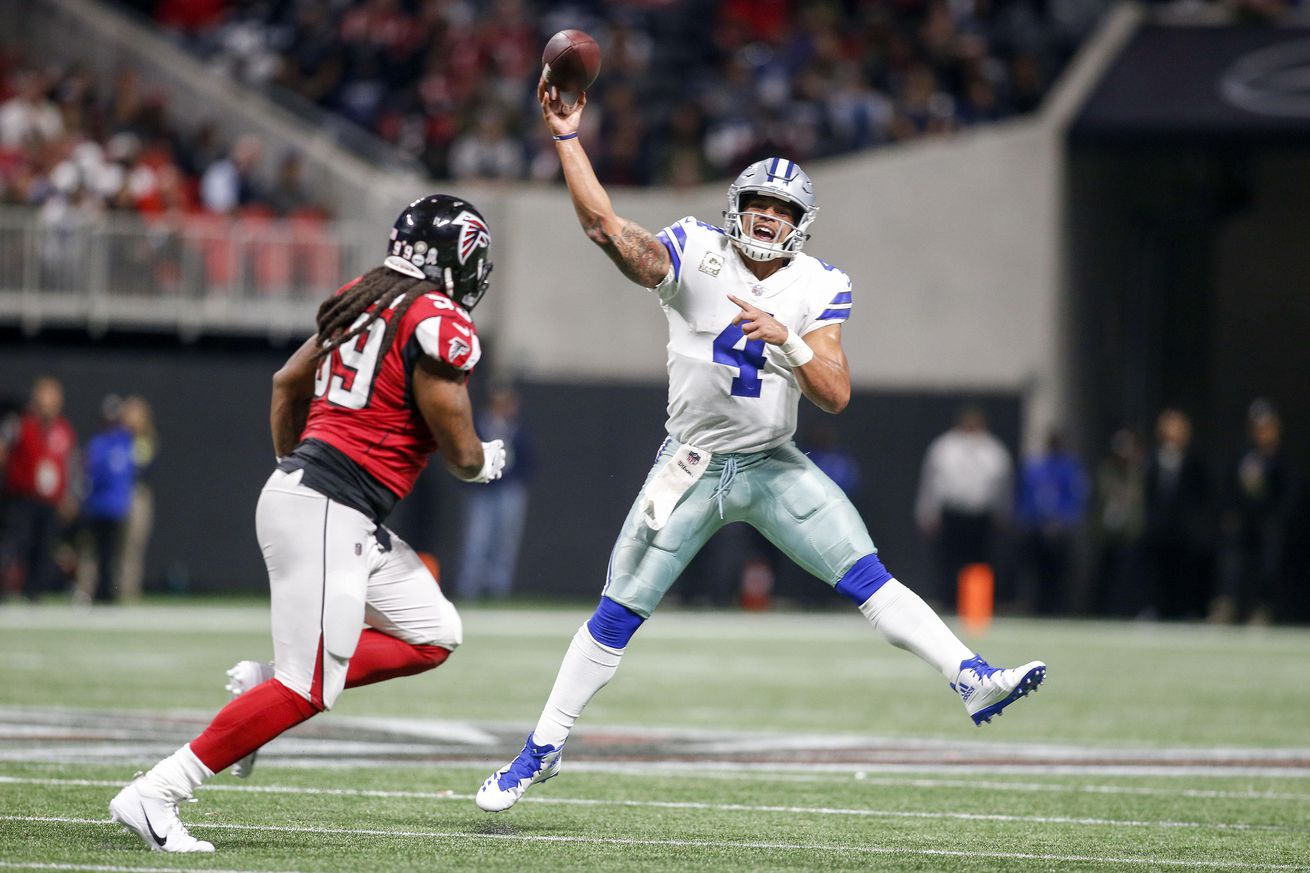 Let’s have some fun.

The Dallas Cowboys are returning to the scene of the crime. Sunday in Atlanta is where their next game is and they need a win if they want to stay alive in the NFC East.

The Falcons have held an interesting spot in recent Cowboys history. Dallas would have hosted Atlanta in the 2016 NFC Championship Game if Jared Cook and Mason Crosby hadn’t broken our hearts, the Chaz Green game happened there last season, heck even Brandon Weeden and Joseph Randle got in on things three years ago in a game where Devonta Freeman announced himself to the world.

All of that is in the past though and the Cowboys need a win to keep their playoff dreams alive. So do the Falcons. That’s what makes the game tough.

Speaking of games, make sure to get yourself ready for another edition of BTB Bingo. Here’s Week 11’s card.

Which row or column do you think will hit first? Which square is going to be the first one marked? Let’s hope it’s only the ones that benefit the Cowboys. Deal?