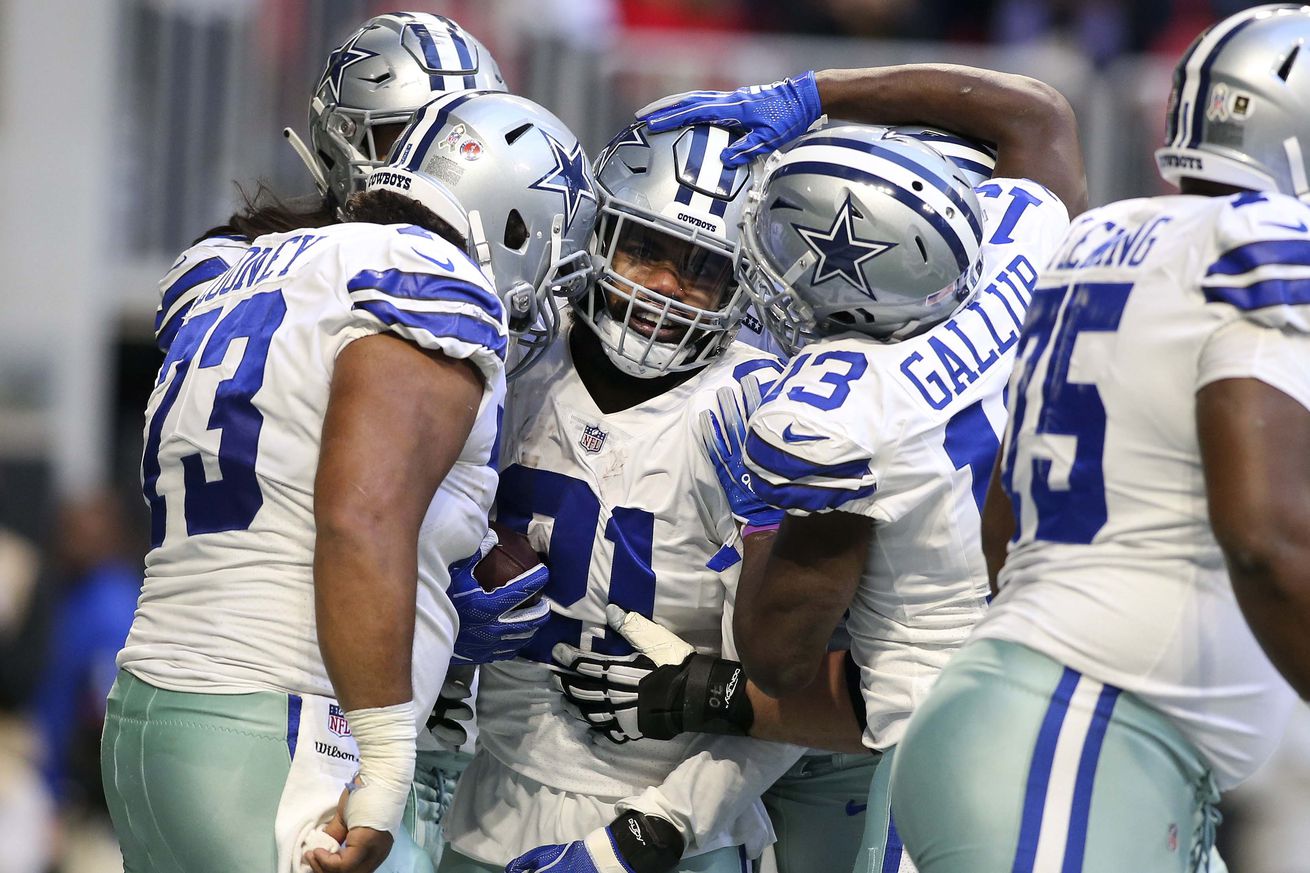 One is that we are able to justifiably use the word “clutch” in the title.

If you are a Dallas Cowboys fan, your heart rate probably was a bit elevated as the clock wound down in the 22-19 win over the Atlanta Falcons. It shouldn’t have been so close after Cole Beasley dropped a sure touchdown and Brett Maher missed an extra point, but there are no style points in the standings. And the standings say that the Cowboys are playing for a share of the NFC East lead on Thanksgiving.

What a difference a couple of weeks make. Here are some lessons to take away from the first back-to-back win of the season for Dallas.

His stats weren’t fantastic, as he went 22 of 32 (69%) for 208 yards and no touchdowns. But he threw no interceptions, scored the first touchdown of the game with his legs, and most importantly, showed no signs at all that he was feeling any trepidation about returning to the place that is widely seen as where his severe slump started. He was just not the same after being sacked eight times just a year ago – until the turnaround started a few weeks back. This looked like a clear break from those problems. He saw more than his share of pressure as well this game. He was sacked twice, and hit six times per ESPN. But he stood in, delivered the ball well for the most part, and led the team on a 75-yard touchdown drive and 51 yards for the game-winning field goal. It probably helped that pass rushers were not coming at him unimpeded this time, so more props to Marc Colombo (featuring Hudson Houck and Travis Frederick) for the coaching job.

It can be argued that he should have done better against a very banged-up Falcons secondary, but there is another way to look at it. Matt Ryan is considered to be one of the best quarterbacks the Cowboys have faced, if not the best. And he did put up bigger numbers, but some of those receptions by Julio Jones were why Jones has such a reputation. And Ryan was putting more balls at risk than Prescott, particularly the throw right to Jeff Heath that Jones broke up on a play that any defensive back would be proud of.

The most important thing about Prescott’s game, though, was the composure and focus through adversity. He should not even have been in this position with the points left on the field by Beasley and Maher. He was the leader the team needed on the field. It was an important game for him.

Having Amari is good, but having Zeke is even better

Amari Cooper was a presence the Falcons clearly were aware of, but he only had three receptions for 36 yards. The real weapon on offense was a very familiar name, Ezekiel Elliott. For the second time this season he led the team in rushing and receiving, with 122 yards and a touchdown on the ground and 79 through the air, and had the longest reception of the game on a screen pass during the first Dallas possession. He basically was the offense, as the rest of the team only managed 122 net yards without him touching the ball.

It can be argued that you don’t want to depend too much on your running back. But the Falcons were known to have a porous run defense, and it certainly looked like the game plan took that into account. That’s the idea, isn’t it?

In any case, Elliott is one of those rare non-quarterbacks that can take a team on his back and carry them to the win – if the rest of the offense is not so inept that the other team can just put all their energy into stopping him. That certainly seemed to be the case in this game.

Call them a big-play defense

Ryan marched his team up and down the field for most of the game – until he got near the red zone. The Falcons only got there once during the game, and had to come away with just three points after another stop. Except for the lone touchdown Atlanta scored, that was pretty much the story the entire game. Ryan would complete some long passes and have the Cowboys defense back on its heels, and then they would come up with a big play. A crucial tackle, a sack, a pressure that disrupted a throw (Ryan was sacked three times and hit nine, having a worse day than Dak), and coming up with the only takeaway of the game.

It was a stalwart performance by a defense that was missing David Irving, Taco Charlton, Antwaun Woods, and Daniel Ross up front. Demarcus Lawrence and Randy Gregory both brought pressure all game long, and this was the first time all season that the Falcons were held under 20 points.

The defense is legitimate – at least until they face Drew Brees, anyway.

I call him the Wolfbacker, and you can’t stop me. Leighton Vander Esch had as big an impact on the game as any player not called Dak or Zeke. He had a remarkable tackle in the first half where he just went through a blocker to get to the ball carrier, that crucial pass break-up at the one-yard line to force a field goal rather than a touchdown (one of three PBUs he was credited with), and of course the interception that set up Dallas’ second touchdown. The latter was one of the pinball-type plays where it was more about hand-eye coordination and reflexes than anything, but it is also the kind of play we have seen several of his teammates not make. He was not the leading tackler in the game (that was Xavier Woods), but those high-impact plays made him the most effective defender out there – and likely will keep him in the starting job even after Sean Lee returns from injury.

This team is far from dead in the playoff hunt

What a huge change in just a couple of weeks. We were digging the grave, picking out the casket, and ordering flowers for the funeral. Now, they have their first winning streak of the season, with a home game Thanksgiving that, if they win over Washington, will give them the tiebreaker for the NFC East, if barely (one more win in the division than the current leaders).

They still have to keep winning, of course, but this looks a lot different from the team that lost its first four away games. It is especially encouraging that the win streak happened on the road.

So hang on. This ride just got a lot more fun.