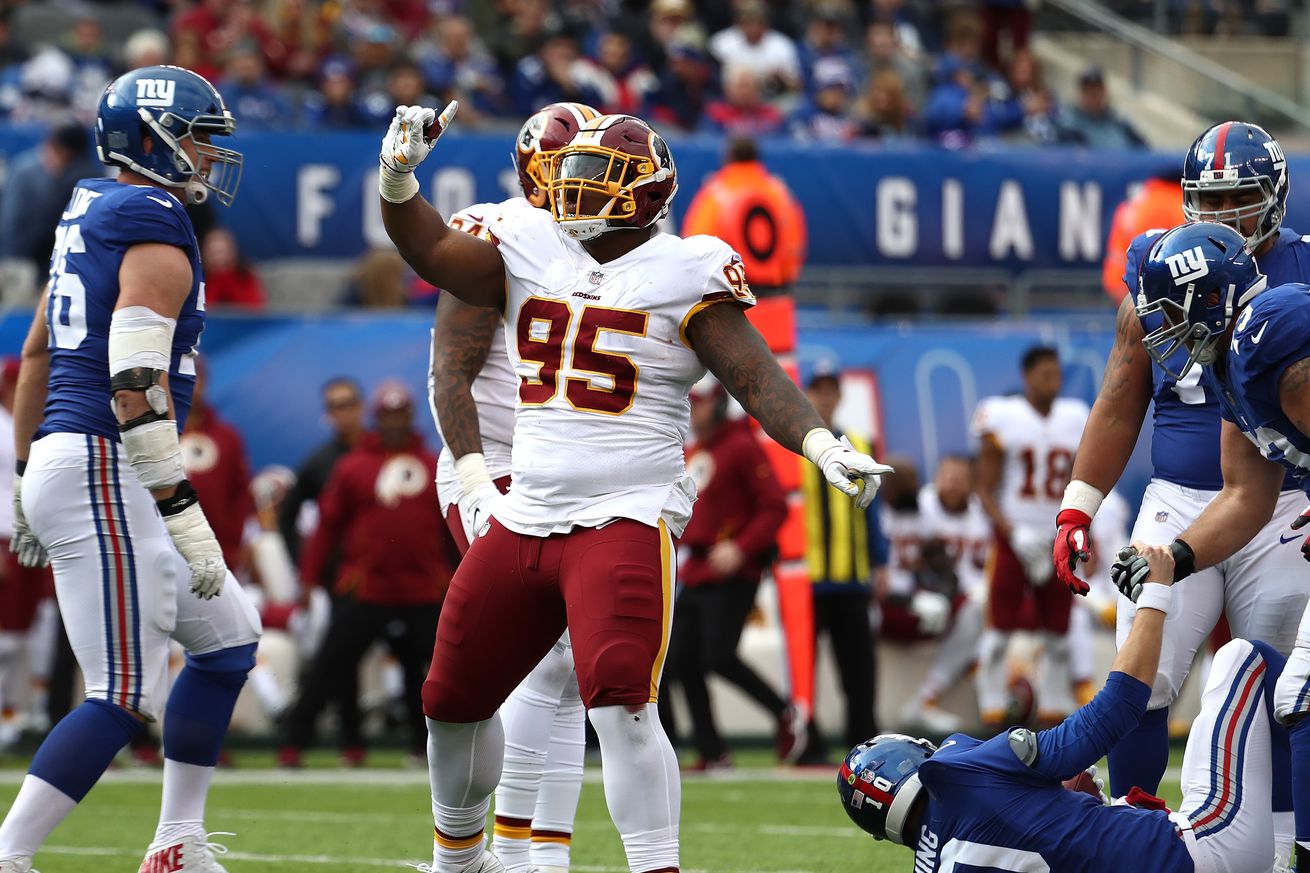 This defense limited Dallas to 17 points last time. Will they do it again?

The reason the Redskins beat the Cowboys last time these two teams played wasn’t because of Alex Smith or Adrian Peterson. It was the Washington defense that was smothering the offensive line and stuffing the run.

Going into this next matchup, which is an absolute must-win scenario for Dallas, the offense will need to find a way to move the ball against this unit, which boasts the sixth best run defense in the NFL. Still, though, the Redskins have given up 1,312 total yards, averaging 437 yards per game over their last three contests. In those three games, 964 of those yards have been through the air, which is a big reason why the Redskins’ pass defense is ranked 24th in the league going into Thursday’s matchup.

Yes, the secondary for this defense has been the weakest point of the whole unit. Josh Norman is a shell of what he once was, and Quinton Dunbar hasn’t been much better. Slot cornerback Fabian Moreau has been largely ineffective, and he had struggles against this Cowboys receiving corps before Amari Cooper came along and made everything better. Safety DJ Swearinger has been the lone bright spot in this secondary, leading the team in interceptions (4), passes defensed (9), and forced fumbles (3), as well as being sixth on the team in tackles.

Nevertheless, this is a secondary that faced Dak Prescott when he was still very much struggling to put up any production, and they gave up 273 yards to him without putting up much of a fight. Now that Cooper’s presence has opened things up for the Cowboys’ passing offense, Prescott should have an easier time throwing the ball against a defensive backfield that has actually gotten worse since the last head to head matchup.

The bigger question for Dallas will be running the ball against this front seven. A big reason for Ezekiel Elliott’s recent hot streak has been the improved play of the offensive line after Marc Colombo took over the unit after that Redskins game. But this front seven might be the toughest challenge Colombo and his line have faced yet.

Middle linebackers Mason Foster and Zach Brown have combined for 156 tackles, and they’re doing it behind a stout defensive line. Defensive end Jonathan Allen has been a huge presence, notching 31 tackles, five of which are for a loss, and sacking the quarterback four times. Rookie nose tackle Da’ron Payne has three sacks and 34 tackles. But it’s Matthew Ioannidis who has been most disruptive, leading the team in sacks with 7.5 and is tied for most tackles for loss at six. Additionally, pass-rushing outside linebacker Ryan Kerrigan has stepped up with 6.5 sacks.

The Dallas offensive line will need to be at their very best against this defense in order to get their run game going, as that’s been a huge key for their success during this two-game win streak they’re currently on. It shouldn’t be a surprise to see Prescott throw more often and try to take advantage of this porous secondary, but establishing their best skill player early will set up a lot of things for this offense. The Dallas defense held the Redskins to just 13 points last time, and there’s reason to think they can do the same – if not better – again. But it will be largely up to Dak and Zeke to get things going if the Cowboys want to make it a three-game win streak and keep their playoff hopes alive.