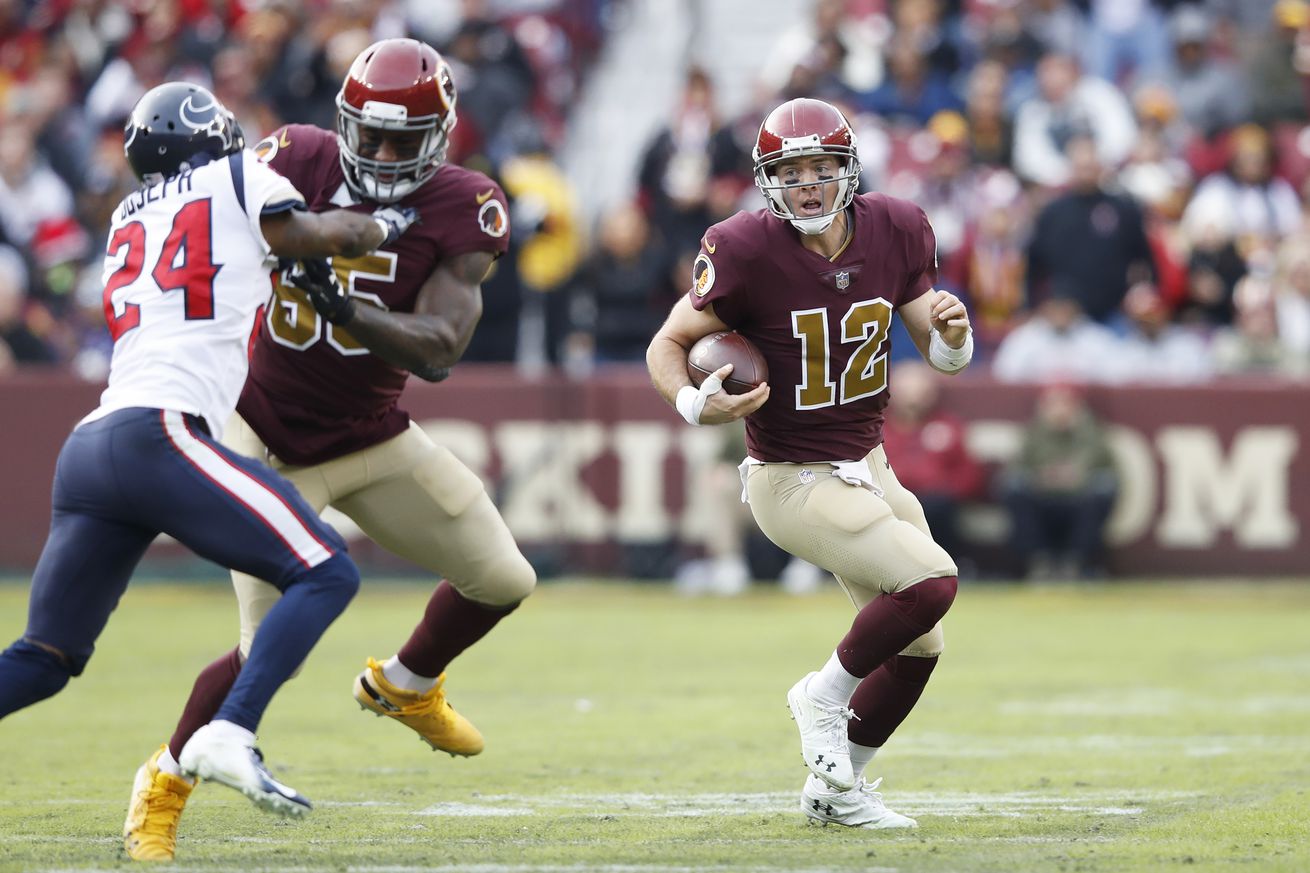 An offense that has been ravaged by injuries will go up against the strong Dallas D.

A lot has changed since the Cowboys and Redskins last met a month ago. Washington’s grip on first place in the NFC East has loosened, as they’ve lost two of their last three and now Alex Smith is out for the year with a broken tibia and fibula. Meanwhile, Dallas has won two straight games on the road against two very talented teams. When the Thanksgiving Classic begins on Thursday, the winner of this game will take control of the division.

Last time, Dallas’ defense did a good job of stopping the Redskins offense, holding them to just 305 total yards and kept Smith at just 178 yards while completing 56% of his passes. Now, the Cowboys will go up against backup Colt McCoy, who is making his first start since the 2014 season. He got some playing time at the end of last week’s game after Smith’s gruesome injury, and while he only threw 12 passes, he completed six of them and had one touchdown in a desperate comeback attempt.

But the big difference between McCoy and Smith is their playing style. Playing behind an inconsistent and often banged up offensive line, Smith has been successful (to some degree) this year because of his penchant for getting the ball out quick. McCoy is more of a downfield passer, much in the vein of Kirk Cousins. For example, in the last ten games that McCoy had played in prior to last week, his adjusted yards per attempt was sitting at an average of 11.4 yards. On Sunday, when he was asked to come in and execute the gameplan that was designed for Smith, he averaged just 4.5 yards per attempt.

If head coach Jay Gruden wants to cater to his backup’s strengths, he’ll dial up some more deep passing plays that would resemble the Cousins days, but more importantly will be getting the run game going again. After getting off to a hot start, Adrian Peterson has averaged just 45 rush yards per game over the last three contests.

This has coincided with injury coming to the offensive line, as right guard Brandon Scherff has been placed on the injured reserve and the interior trio of Jonathan Cooper, Chase Roullier, and Tony Bergstrom has struggled to get anything going since. Making matters worse is that Bergstrom and offensive tackles Trent Williams, Morgan Moses, and backup Ty Nsehke have all been limited in practice recently.

There are other problems for this offense, like the continued absence of their two best pass catchers, receiver Jamison Crowder and running back Chris Thompson. Neither are expected to return in time for the Thanksgiving game, meaning that just like last game, the onus will be on Josh Doctson and tight end Jordan Reed to produce in the passing game.

The benefit for Dallas is that all of these complications are compounded by the fact that Washington’s backup quarterback will be starting on Thursday. His downfield style won’t mesh well with the poor protection this offensive line has been producing lately, and the depleted receiving corps won’t make things easier. In the last matchup between these two, third string running back Kapri Bibbs led the team in receiving with just 43 yards and scored the offense’s only touchdown on a screen play.

If the Cowboys defense can shut down the passing attack like they did last time – and like they have the last two games – then all it would take is stopping Peterson. Players such as Antwaun Woods, Maliek Collins, Daniel Ross, and of course, Leighton Vander Esch could have big games against this line that would go a long way towards stopping the run game. The challenge for Dallas will come on the other side of the ball.