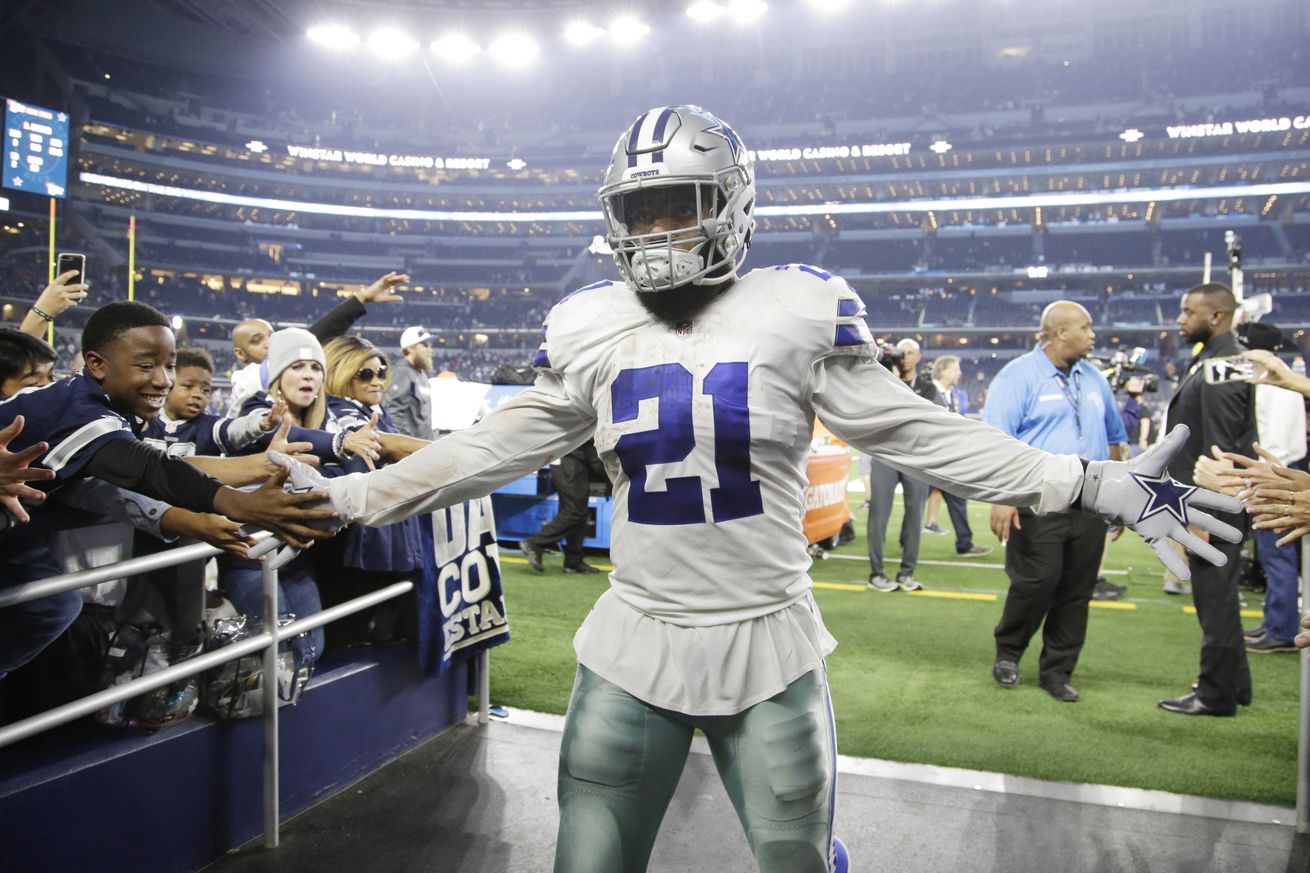 There’s something funny about Ezekiel Elliott, “feeding him” being his thing, and him having a great game on Thanksgiving Day.

The Dallas Cowboys were without Zeke a Thanksgiving ago and that was a big part of the reason why they were only able to score six points in a loss to the Los Angeles Chargers. Having Elliott in the fold this season has kept them competitive and it’s been one of the primary reasons why they’ve won three games to find themselves currently atop the NFC East.

One of the biggest things the Cowboys have had is Zeke in the passing game. They’re finally incorporating him in what they do through the air, even if it is all short throws. There’s no question that Zeke has been a huge lift to the offense over the last three games/wins.

Zeke is a big part of what the Cowboys are able to do at their best on offense and it felt like they’d forgotten that before the win streak began. Thankfully they seem to have realized what he brings to the table and he’s been eating everything on it ever since.