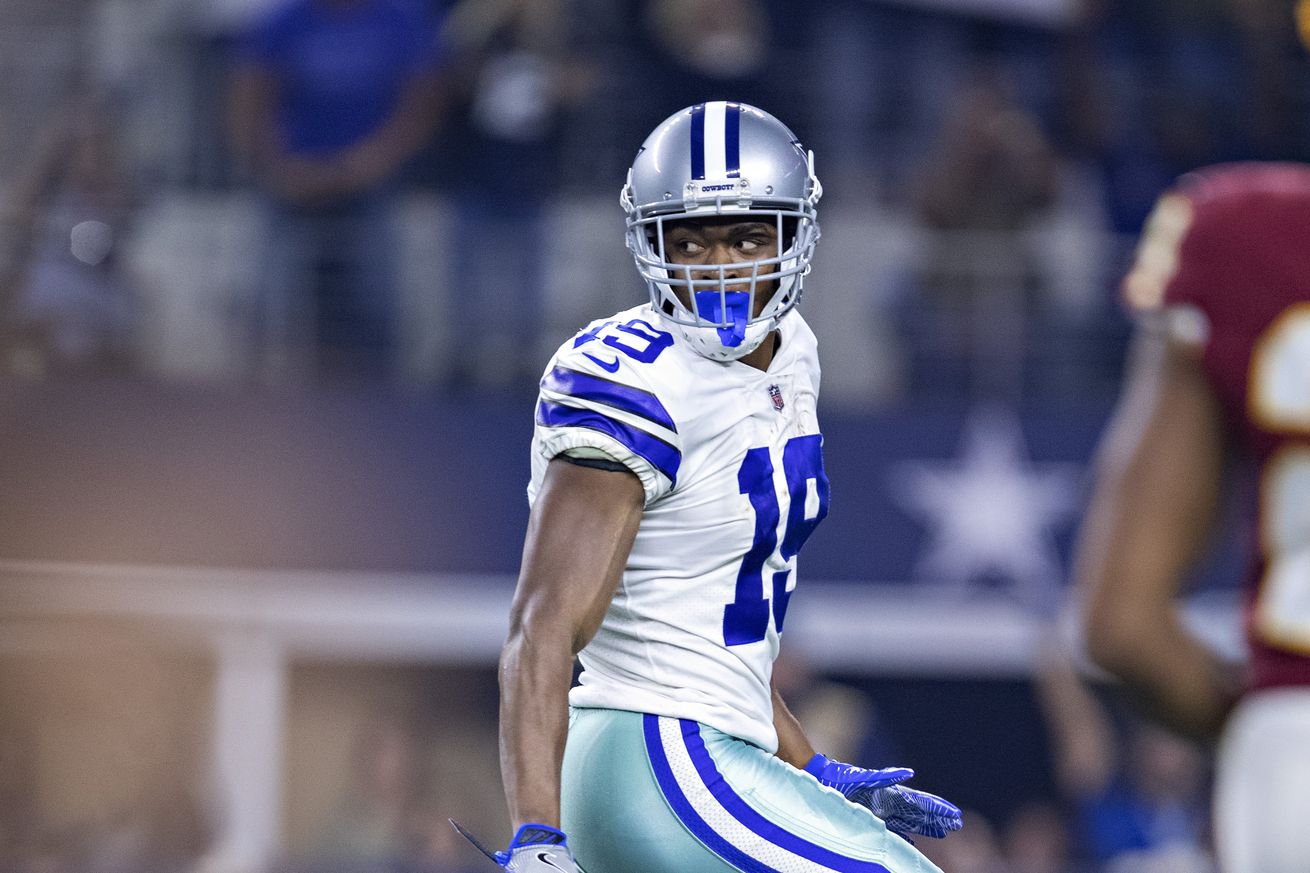 The Dallas Cowboys are now leading the NFC East, but that doesn’t mean we should start making playoff plans for January. There is still a lot of work to do, but it’s satisfying to see this team on the right track. The Cowboys are riding a three-game winning streak, but will now host the hottest team in the NFL – the New Orleans Saints, who have won 10 games in a row. The Saints have the top-scoring offense in the league, averaging 37.2 points a game. Just to give you an idea of how potent that offense is – they are putting up more points on average than the 16-0 New England Patriots of 2007. The Saints have a real shot to break the record for the most points scored in a regular season.

We are well aware of the challenge facing the Cowboys and it has some people already preparing for a possible “L” against Nawlins.

If the Eagles lose and the #Cowboys beat the Redskins, they can “absorb” a possible loss to the Saints before hosting a broken Eagles team.

This win was kind of a big deal.

While this may not be the optimistic attitude, Patrik speaks the truth. The win against the ‘Skins puts the Cowboys in great shape entering next week’s big matchup against the Saints. To make it into the playoffs, the Cowboys just have to take down the East and when you look at the remaining schedule, Dallas is in the driver’s seat. Here are the remaining games left for the Cowboys, Eagles, and Redskins with the tougher games shaded in grey.

As you can see, the Eagles are in all kinds of trouble. Outside of the Giants (who may actually challenge them on Sunday), they got a rough schedule ahead. Being defending champs has it’s privileges and one of them if a first-place schedule. That means dates with both New Orleans and the Los Angeles Rams this season. They’ve already been trounced by the Saints and more of the same could happen when they travel to LA to face the Rams in a few weeks.

As for Washington, they still have both their games against the Eagles on their slate, but if Philadelphia continues to slide, maybe that won’t be as difficult as originally thought. They also have a couple road games against AFC South teams which have been giving them trouble this season. They are 0-2 so far against teams from that division, even though both were at home. But the Redskins problem isn’t so much their opponents as it is themselves. After starting the season 5-3, they’ve now lost three of their last four. To make matters worse, they are banged up. They have endured all kinds of injuries to their offensive line and recently lost their starting quarterback, Alex Smith, for the season with a leg injury. It wouldn’t surprise me if the Redskins just nosed-dived.

The NFC East in a nutshell right now: pic.twitter.com/4Y0yrl0nmj

All that makes for a little breathing room for Dallas and it’s certainly not the end of the world if they can’t beat the league’s hottest team next Thursday. But don’t tell them that. The Cowboys are getting better with each week and the players have full confidence in this team as they seem to be getting hot at the right time.

“They say if you really want to be a good team, you got to start rolling in November and we’ve just been focused. Standing tall with our backs against the wall. Relentless. Hopefully, we can keep this up.” – Amari Cooper

Thursdays game against the Redskins opened the eyes of what having a talent like Cooper can do for this offense. And despite their struggles this year, the talent is there.

“We got great players, you know – Dak, Zeke, Amari. From the way our offensive line is built, we just have to go out in games and perform. I think if we do that, we’ll be happy with the result.” – Joe Looney

If the offense turns a corner, this can be a dangerous team, especially how the defense is playing this season.

“The sky’s the limit for us. We just have to continue, week in and week out, to battle. And as long as we do that, we put ourselves in great position.” – Jaylon Smith

I do remember the Cowboys beating a 13-0 Saints team back in 2009, but that has no bearing on anything going on this season. What does have a bearing, though, is the idea that the Cowboys can show up and play good football on Sundays. If their offense shows up, things can get interesting. Two of the team’s top three offensive outings have occurred in the last three weeks. And it’s no coincidence that a particular trade has sparked this offense.

The Cowboys defense also just held one of the top scoring offenses (Atlanta Falcons) to just 19 points. This has to make us feel somewhat optimistic about the Saints not just rolling all over them like they did the Eagles, right?

If they had that over course of season, that’d be a Top 10 scoring offense.

Among that group of 10 teams, Dallas is only outclassed on defense by 1, Chicago- who we know is diff level.

The Cowboys seem to be on the right track, but the question is – can they keep it going? One thing is for sure, if they pull off a win over the Saints, Cowboys Nation will go into a frenzy and suddenly that hopeless feeling many had after the Tennessee Titans game will be long gone. People will start believing again and once again the Cowboys will have a relevant December. That’s certainly something to be thankful for.