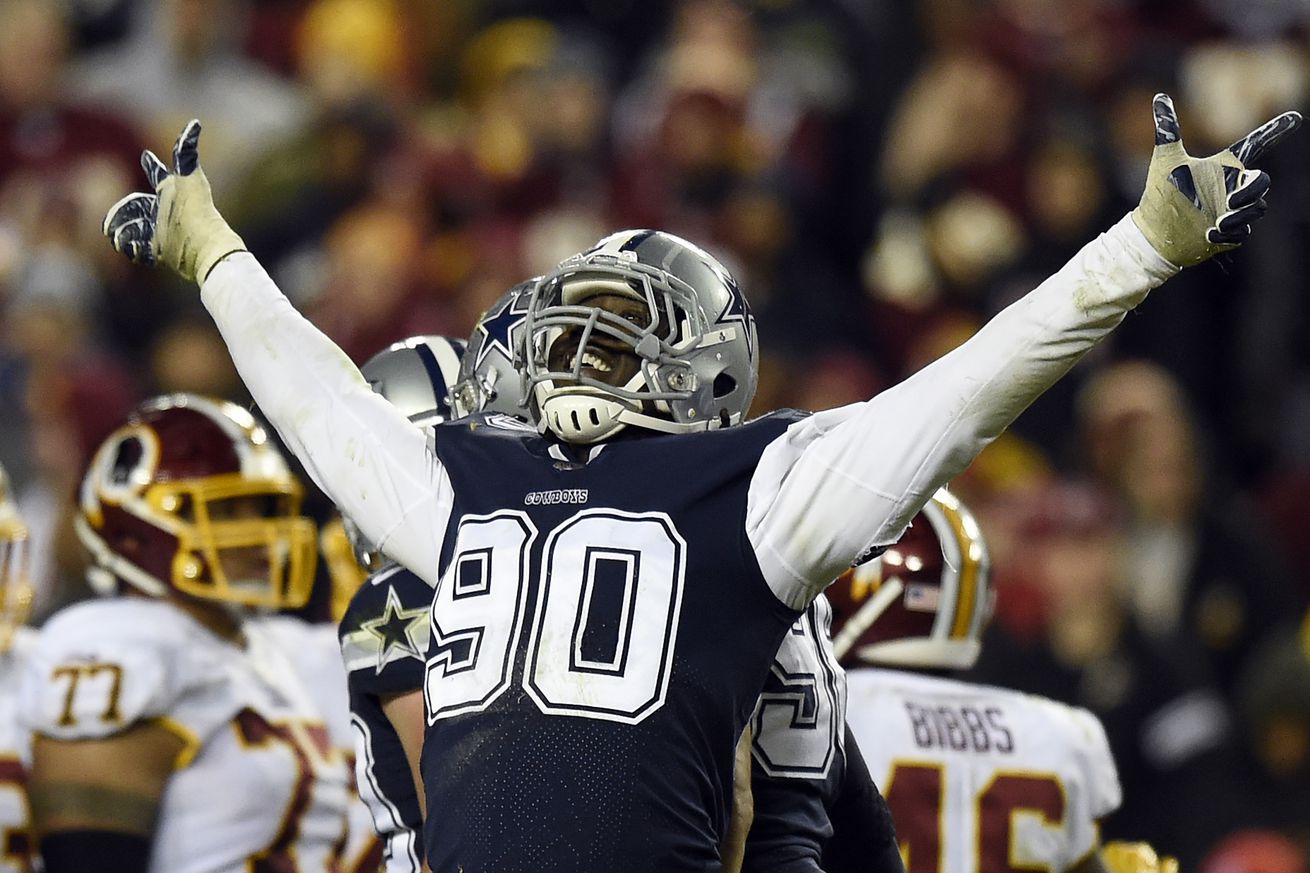 The Dallas Cowboys defense put together another great performance on Thursday. They entered the week leading the NFC in points allowed, but were only ranked 24th in the league in takeaways with 10 on the year. Taking the ball away has been a problem for them. Dallas has had four games this season where the defense didn’t force a turnover, but they’ve now had three straight games with a takeaway. In fact, on Thursday they had a season-high three takeaways. The defense continues to get better and if the turnovers start coming – it’s even going to make them tougher to opposing offenses.

The defense has been a surprise this year, but even more shocking is the players that are getting it done. There is no All-Pro Earl Thomas manning the secondary. Sean Lee isn’t leading the surge at linebacker. And the best snap-for-snap splash maker David Irving has only played sparingly in two games this season.

While those players aren’t factors, other guys are. And each of them are making a serious bid for Pro Bowl consideration. During the Pre-Game Show, the Motherships pondered the question – which Cowboys defensive star should make the Pro Bowl?

That’s a tough question. Just like the desert selection at your Thanksgiving feast – there are a lot of good choices to pick from. Who would you select if you could only pick one?

It’s only 11 games, but the Cowboys look like they have themselves a shutdown corner.

Byron Jones is a true shutdown corner. Not only has he personally not allowed a TD this year, the #Cowboys as a team have not allowed a single TD to the ENTIRE LEFT THIRD OF THE FIELD. Guess where Byron Jones plays primarily. #NextGenStats pic.twitter.com/pVfPsasGpm

The “No Fly Zone” is actually the “No Try Zone” when it comes to Jones as quarterbacks aren’t even looking his way. And for good reason – it doesn’t usually work out. Jones is third in the NFL with 18.1 coverage snaps per receptions allowed. The Cowboys were smart to pick up his fifth-year option as they’ll get him for another season at the bargain rate of $6.2 million, that is unless they opt to extend him. He’s such a high character guy with amazing athleticism. Now that they finally have him playing the correct position, great things are happening. It wouldn’t surprise me if they worked out a long-term deal in the offseason.

Speaking of long-term deals, it’s time for Tank to go to the bank. What else does he have to prove? I know it, you know it, oh…and even Lawrence knows it.

So often we see defenders tip passes and drop em. Not DeMarcus Lawrence.

Tank with the INT. Cowboys ball. Crowd is loving this pic.twitter.com/2ZR9Rj7sTq

Nice spin move, Lawrence, but sorry – Leighton Vander Esch is still ahead of you in yards after the catch.

What a great pick the Cowboys made by selecting Vander Esch 19th overall in April’s draft. The Cowboys thought he was a special player and they were spot on. Even Hall of Famer Troy Aikman thinks so and he decided to express those feelings on Thursday.

“I think Leighton Vander Esch is destined to be one of the all-time greats.” -Troy Aikman

Vander Esch has had an interception in the two games prior to this one and he was unable to keep that streak going, but who cares. He had nine tackles, deflected a ball that almost resulted in a pick in the end zone, and continues to close out in coverage. He’s just an amazing athlete and he’s going to be something special in this league.

There was a large crowd unhappy about the Vander Esch pick, but pales in comparison to all the unhappy campers who were up in arms with the Jaylon Smith choice. Many thought it was a wasted pick considering the severity of the knee injury he suffered in college. But the kid just kept working and working and that magical nerve started firing and the rest is history.

Well, actually – the rest isn’t history as history is still writing itself. Smith isn’t receiving the same hype as the rookie Vander Esch, but he’s constantly making plays. Jaylon has three sacks on the year, and is making some huge fourth-down stops. He even forced a fumble on Colt McCoy, but unfortunately for the Cowboys, the Redskins fell on it.

We’ve often wondered what it would look like if the Cowboys got the “old Jaylon” from his Notre Dame days and with each new game, that day gets closer.

What if back in 2015 you told someone that all four of these college stars would be playing on the same NFL team. No way would they believe you. pic.twitter.com/ndtNGZQsts