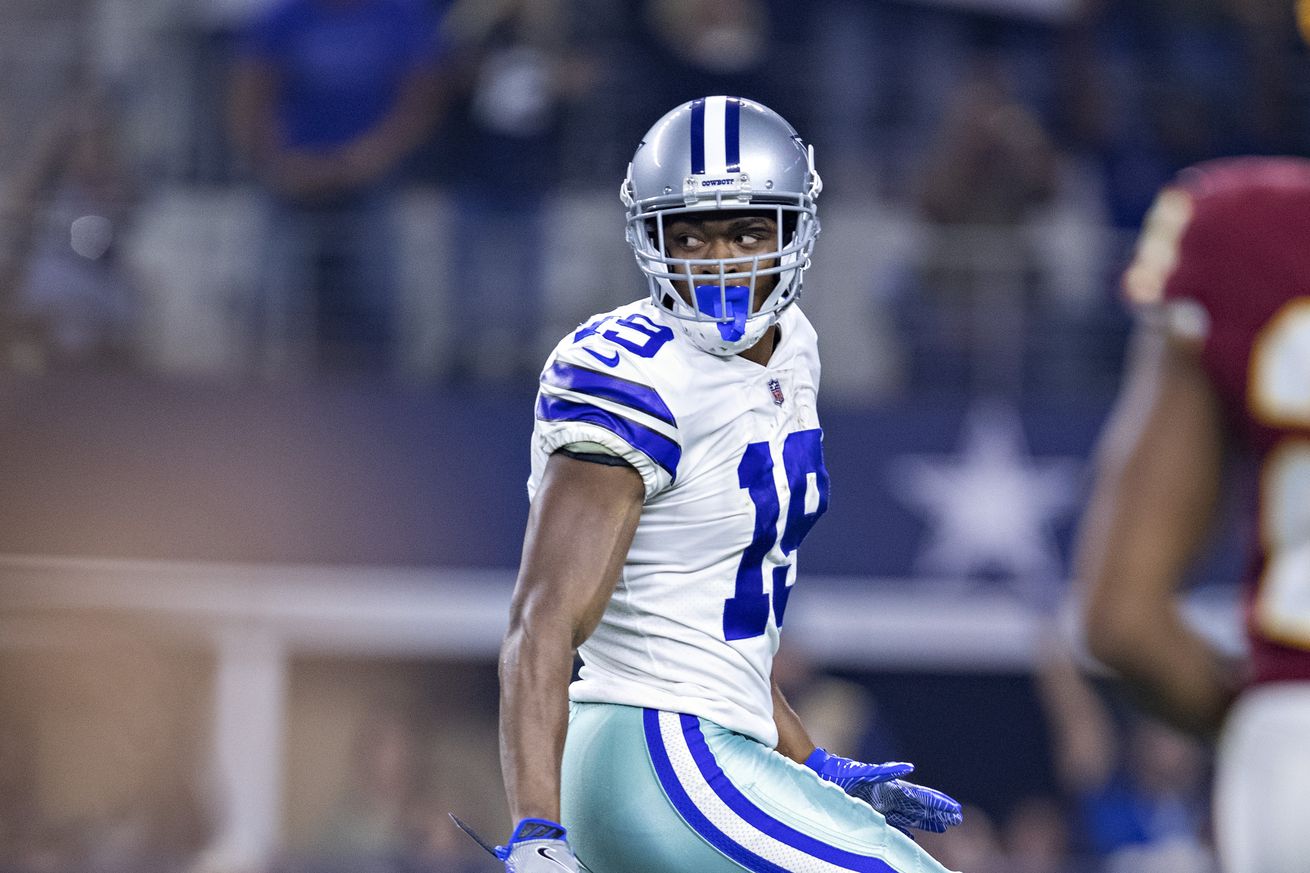 A look at the numbers from last week, and a little further.

Time for a look into the stats and numbers from the Dallas Cowboys victory over Washington, and a bit more.

Dallas went 6 of 14 on third downs, which is actually down from last week. But you have to keep that in perspective. The median third-down conversion rate in the NFL is 39%. And the Cowboys held their opponent to 36%. So this was above the NFL average, and better than their opponent. It fits right in with the final score.

This is another of the “Amari Cooper effect” numbers for the Cowboys.

The trend continues: no team in the NFL has converted more 3rd downs than Dallas (26) since the trade.

After doing so horribly in the first seven games, Dallas has now become one of the best at converting third downs. It’s one of the most important things to accomplish if you want to win in the league.

That is Washington’s total for the game. A key sub-stat here: Adrian Peterson only had 35 yards. This was one of the keys for the Cowboys going into this game, and they did exactly what they wanted to. In the first meeting of these teams, Peterson had 99 yards, and Washington out-rushed Dallas 130 yards to only 73. Ezekiel Elliott was the one being bottled up, only gaining 33 yards in his poorest performance of the season.

The Cowboys have staked their success on a strong running game, and it was in effect on Thanksgiving. Their 146 yards on the ground gave them a truly balanced attack – something that is not as common these days. Washington did not, becoming one-dimensional. It is working out for the Cowboys over the three-game winning streak. And it is a credit to both the offense and defense for Dallas.

Given the magnitude of Cooper’s performance, it is easy to overlook the others who caught balls. After all, outside of Cooper and Elliott, the rest of the team only accounted for nine catches.

It’s like play-action in a way. That works because the threat of a run is credible. Here, the passing game is more effective because the defense cannot be sure where the ball is going when Dak Prescott drops back to throw. He was really spreading it around early, too, with eight of the pass receivers already having gotten on the board by halftime. Washington couldn’t focus on just one or two threats, because all the eligible players were viable targets in the passing game.

It will be interesting going forward to see how defenses try to handle the Cowboys’ receivers. Will they try to take Cooper out of the game? Will that open up more opportunities for the rest, particularly Cole Beasley and Michael Gallup? Maybe even Zeke?

From having no real threats at wide receiver, Dallas now has more than other teams may be able to handle. That Cooper effect just keeps spreading out like ripples across a pond.

No sacks in the second half

It was very worrying to see Prescott go down four times in the first half, but things changed radically in the second. Of course, it didn’t hurt to have a series of very quick scoring drives. The three touchdowns the Cowboys scored in the second half took only five minutes and thirty seconds – combined. Hard to sack the quarterback when he is only on the field for six plays or fewer in a possession.

Still, there were certainly a lot of other plays where Prescott was dropping back to pass. The offensive line and coach Marc Colombo (feat. Hudson Houck) deserve some credit here. And while we are mentioning them, they were once again doing an excellent job opening those holes for Zeke.

Although the general thinking is that the NFL is moving towards passing games where the teams are scoring quickly and getting off the field, that is not the Cowboys’ preferred method. They like to control the clock, where they have the ball longer which means that conversely the opponent has less time with it, and therefore less time to score. It is another feature common to all three games in the win streak, and something we have seen for some time in a lot of Dallas wins.

This is one thing that will be tested against the New Orleans Saints. Part of the TOP equation is being able to stop the opponent, and Drew Brees and company are the best offense the Cowboys have faced, by a large margin. And they have that quick-strike ability and a certain ruthlessness (like going for it on fourth and six late in the game against the Philadelphia Eagles when they were already up 38-7). This game may really hinge on just how good the Dallas defense really is.

This is a stat with several things packed into it. First off, it is almost always a win when an NFL team has a +3 turnover margin, as the Cowboys did. That means Prescott was doing his usual good job of protecting the football, while Colt McCoy wasn’t. Second, it is yet another thing that has changed since the Cooper trade, which seems at first glance to have nothing to do with the acquisition of a wide receiver. But confidence and attitude are contagious, and maybe it does have something to do with the offensive improvement after all. Third, this was another game where there were other, missed opportunities for picks. Dallas has missed a lot of those (which isn’t uncommon for any teams, there is a reason some defensive backs are not receivers). Now they are starting to capitalize on some of them, and there seem to be more as the season progresses. This could be really important for the next game.

That is how many plays Michael Gallup had, or 51% of the total for Dallas. This was after he had to go home following the tragic death of his brother, with a trip back looming for the funeral. It was one of those cases where the team needed it, and maybe he did, too. Losing yourself in your work is one coping mechanism for those trying to deal with grief. It led to one of the most emotional post-game speeches in Jason Garrett’s career.

“So much to be thankful for.”

Watch the #DallasCowboys post game speech as Jason Garrett presents WR @michael13gallup with the game ball and addresses the team with an emotional Thanksgiving message. pic.twitter.com/a9sVnpA3YY

That clip also illustrates something that does not show up on any stat sheet. Watch the interaction between Garrett and his players. They don’t just say they believe in and support their coach. They demonstrate it, as they do there, and every time they are on the field. There are things that factor into the effectiveness of a coach besides clock management, aggressive or conservative play-calling, and whether he claps a lot.

Those are the stats for Leighton Vander Esch, who once again was the leading tackler for Dallas. For him, it was a quiet game. But he continues to build the case for him not only being one of the best rookie defenders in the league, but one of the elite linebackers, period.

Troy Aikman: “I think Leighton Vander Esch is destined to be one of the all-time greats. I really do. … He’s an old school linebacker in size, but new school in his ability to cover and run.” pic.twitter.com/ZzNbacMrBV

That was the stat line for the second-leading tackler in the game, Jeff Heath. He was another defender whose performance was somewhat overshadowed by Cooper’s breakout game, Elliott’s strong showing, and the takeaways. He is quietly having a very good year.

Run/pass on first down

This is a nice little nugget from Twitter (the reply).

This is going to be seen as bad news by some, but it is one bit of evidence that Scott Linehan can change and adapt. If you want to see the Cowboys make the playoffs (and I most definitely am all aboard that train), then it is a very good sign.

Those are some of the things that stood out in the stats. Hopefully, we will have more good than bad again in a week.