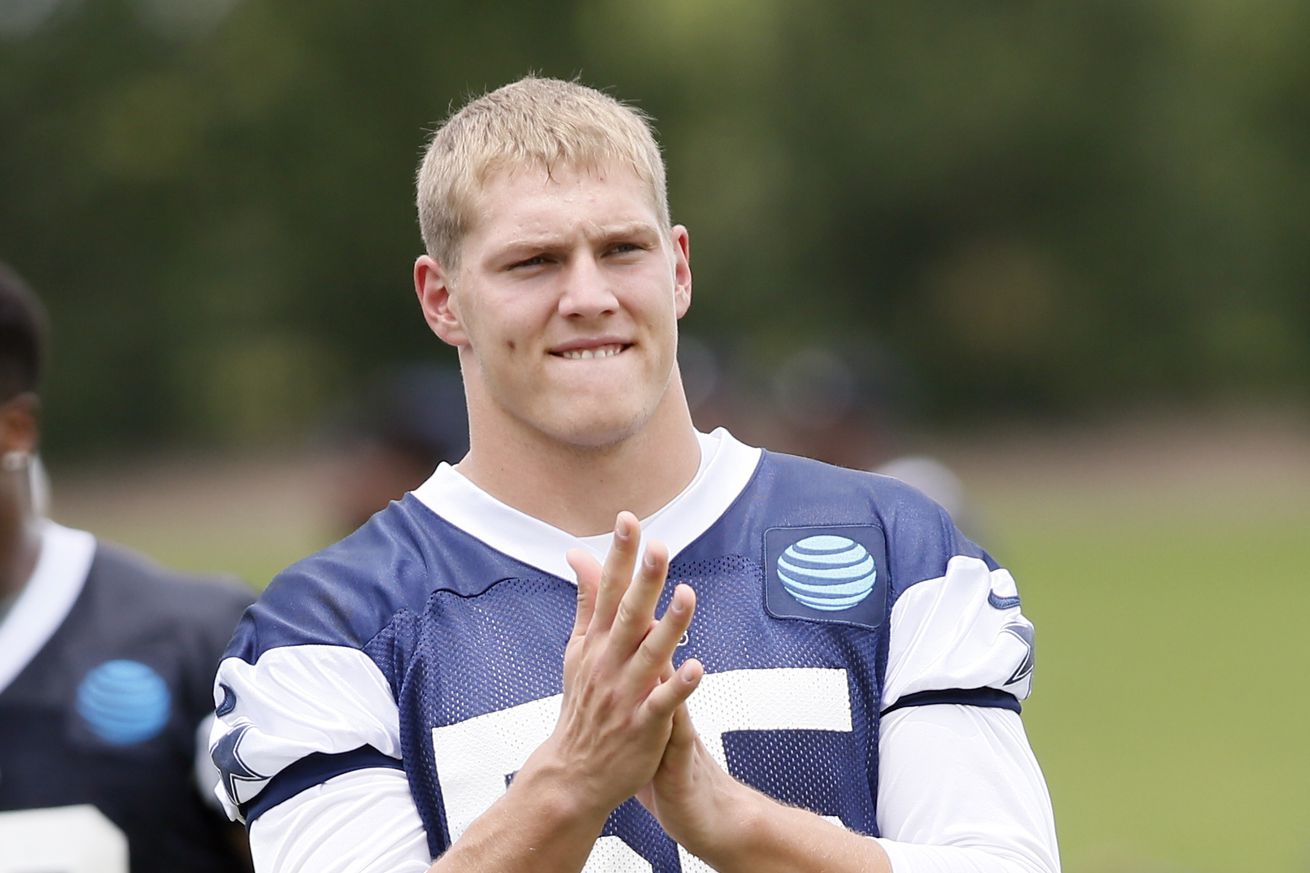 NFL Pro Bowl balloting is underway, and the NFL announced the leading vote-getters for the 2019 Pro Bowl. Seven Dallas Cowboys rank in the Top 10 in their respective position groups.

Numbers released this week by the NFL show that Zack Martin and Jaylon Smith are the top vote-getters at their position for the Cowboys. Both currently have the second-highest vote totals at their respective positions, guard and inside linebacker.

Other Cowboys who make the top ten list at their position include DeMarcus Lawrence (fifth among defensive ends), Ezekiel Elliott (sixth RB), Tyron Smith (seventh OT), Tavon Austin (10th as a return specialist), and Jamize Olawale, who ranks 10th at both fullback and special teams.

88 players will eventually be named to the Pro Bowl, and those spots will be split as follows:

If Pro Bowl voting were to end today, and if the coaches and players were to vote the same way as the fans do, Zack Martin, Jaylon Smith, DeMarcus Lawrence, and Ezekiel Elliott would make the Pro Bowl for the Cowboys. Here’s who would be in and who would be out:

Former Pro Bowlers on the roster like Travis Frederick, Sean Lee, and Dak Prescott are either battling injury or haven’t given fans enough reason to vote for them.

Notable Pro Bowl snubs are Leighton Vander Esch (whose vote total may be the result of not initially appearing on the ballot at all), Byron Jones, and possibly Amari Cooper, but that may change once the votes of the coaches and players are tallied.

Also, even if they don’t make the first 88, there are still lots of opportunities to make the Pro Bowl, because spots on the Pro Bowl roster will inevitably increase as injured players, dropouts, and players participating in the Super Bowl are replaced by alternates.

Last year for example, 35 of the 88 players initially selected were eventually replaced by alternates (like Jason Witten) for various reasons. So there’s still a chance more Cowboys could be added to the Pro Bowl roster – in the unlikely event that they won’t be playing in the Super Bowl, of course.

If you haven’t voted for your favorite Cowboys players yet, go to NFL.com/ProBowl and cast your vote. Multiple times. Every day.

Balloting will conclude on Thursday, December 13. NFL players and coaches will cast their votes shortly thereafter, and officially each group’s vote counts one third toward determining the 88 players eligible for the Pro Bowl. The Pro Bowl players will be announced on Tuesday, December 18, and the Pro Bowl will be played on January 27, 2019.

The fan vote may not be the most unbiased source of rankings imaginable, but it is part of the Pro Bowl voting process. As such, some players will be more popular than others, irrespective of their actual performance, just as some teams will naturally accrue more votes in their favor than others. Of the 190 players ranked in the top 10 across the positions, here’s the distribution by team:

To a degree, the ranking here correlates with the success – or absence of success – most teams are having this year. The Cowboys are a notable exception; despite not having a winning record for almost the entire season so far, they still rank in the top 10 in the table above. Hopefully this is indicative of the potential the Cowboys have and the success they’ll have over the rest of the season.

What’s your take on the fan vote so far, and who do you think are the omissions?