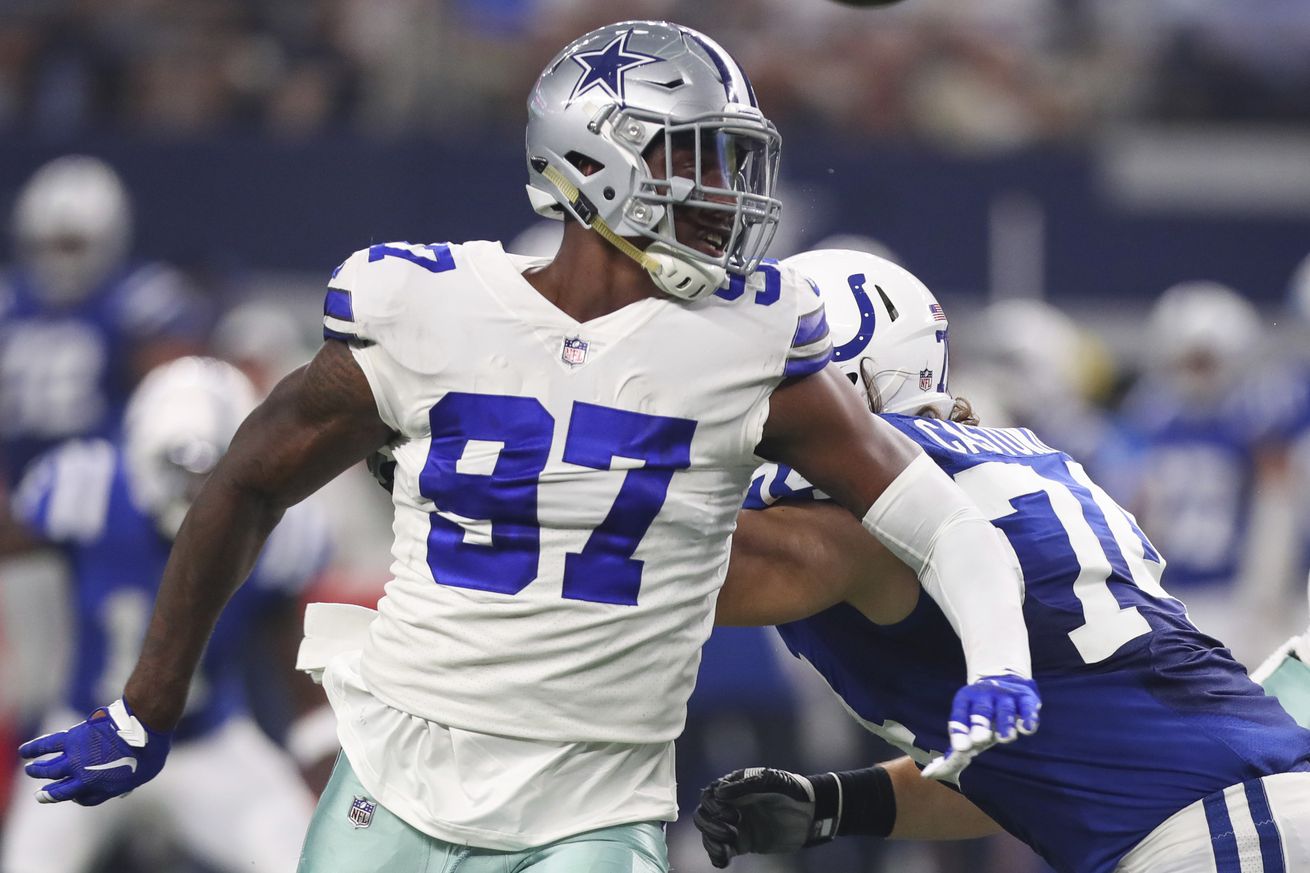 The team is trying to get healthier for the Saints.

It’s a weird week again as the Dallas Cowboys get ready to play the second Thursday game in a row, this one on TNF versus the New Orleans Saints. The team is starting to get some players back, maybe.

Today’s practice report. Zack Martin and Xavier Su’a-Filo were limited but both are expected to play Thursday. Sounds like Tyron Smith might be a game-time decision pic.twitter.com/UxqvQsGRXl

The biggest plus for Dallas is having Taco Charlton looking ready to go this week. That will help to get the defensive line closer to full strength, and having Daniel Ross a full participant is not bad, either. Maliek Collins has been dealing with injuries all season, and usually is able to go despite them. That just leaves David Irving to get back, but there is still no sign that is coming any time soon.

Normally, having Tyron Smith sitting out would be the source of great angst, but after the way the offensive line performed with him on the bench against Washington, things are a little less worrisome. It would still be better to get him back, but sitting out the first practice of the week is also a normal precaution for him. We will have to see if he is back on the field the next couple of days. While both Zack Martin and Xavier S’ua-Filo were limited, they are expected to be ready on Thursday. Connor Williams also is ready, but the team shows no sign of pulling XSF for him. Given that Williams did fill in for Cameron Fleming last game (although only for one snap while Fleming dealt with a shoe issue), he may just be more valuable to the team as a backup that can handle four positions in a pinch. And Adam Redmond backs up the one spot Williams would not.

The rest is about as expected. Still no sign of when Sean Lee will be back, but so far, the team has survived that with no problems. Overall, the team looks a bit healthier than they were for the Thanksgiving game, which is not a surprise given the short week then. And after the Saints, they have the 10 day “mini-bye” to hopefully get even better for the stretch run in December.