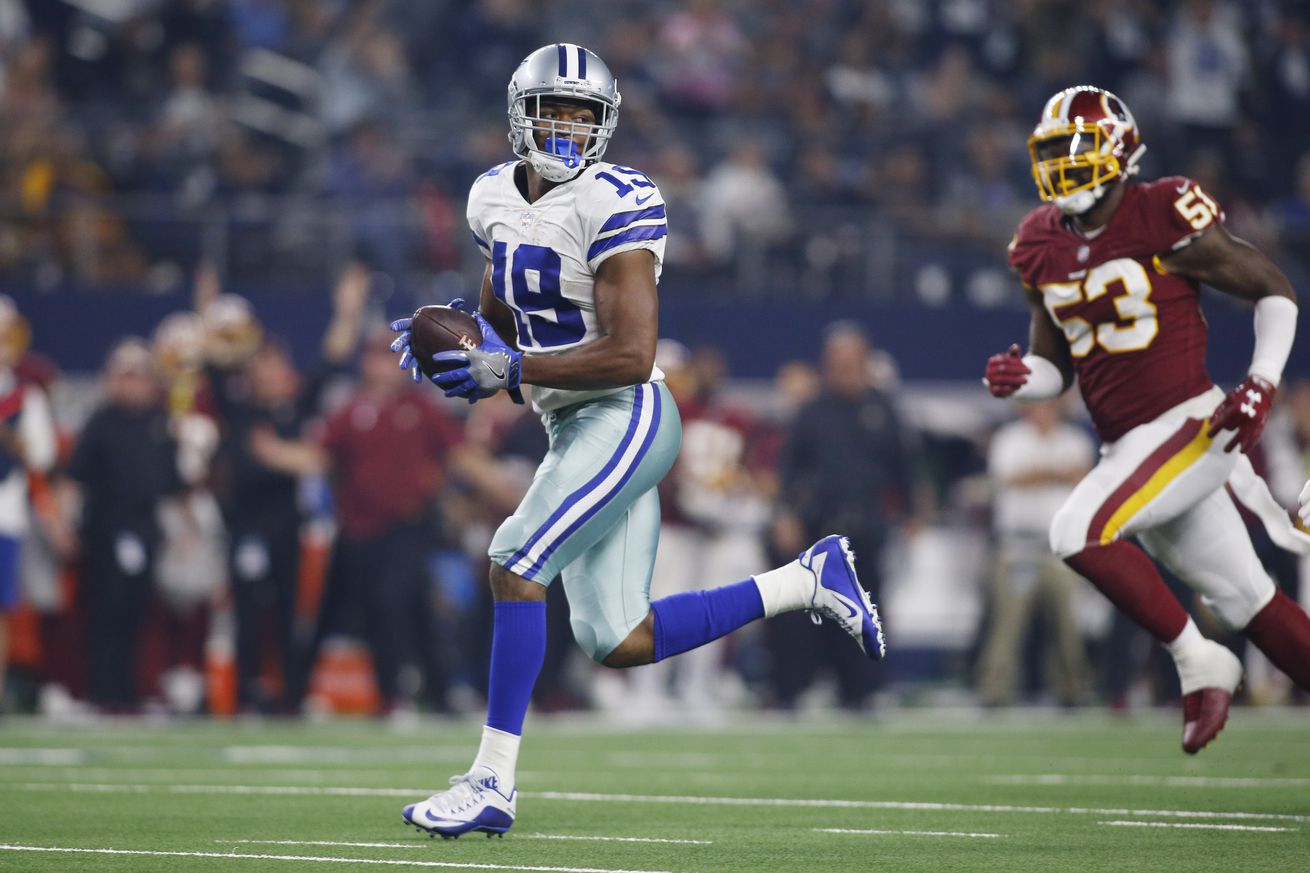 Last week the Dallas Cowboys hosted the Washington Redskins on Thanksgiving Day. It was Amari Cooper’s coming out party.

The Cowboys traded a first-round pick in order to acquire Cooper just over a month ago, and on turkey day they cashed in big for the first time when he caught eight passes to the tune of 180 yards and two touchdowns. If you thought that sounded ridiculously impressive then you were right, so much so that Cooper has been named the NFC Offensive Player of the Week for Week 12.

Congratulations to #DallasCowboys WR @AmariCooper9 on being named NFC Offensive Player of the Week!

This marks twice in three weeks that Cowboys players were designated with this honor as rookie linebacker Leighton Vander Esch earned it on the other side of the ball two weeks prior when the Cowboys took down the Philadelphia Eagles. Those are the current and next first-round picks at work for Dallas, it seems like they’re doing alright.

What Cooper did was big for his own career individually as well. His career-high is two touchdowns in a single game, a mark that he’s achieved three times now. 180 yards was good for the second-best performance of his career in that category as he went over 200 in 2017 when the Oakland Raiders beat the Kansas City Chiefs.

It will be hard to top what Amari did on Thanksgiving Day from a statistical measure, but anything is possible. Right now, the consensus is that the Cowboys were more than logical in their thinking to pay the steep price that they did for Cooper (get the shirt that says this too!). The more he racks up the accolades the more it will continue to make sense. That’s a very good thing.