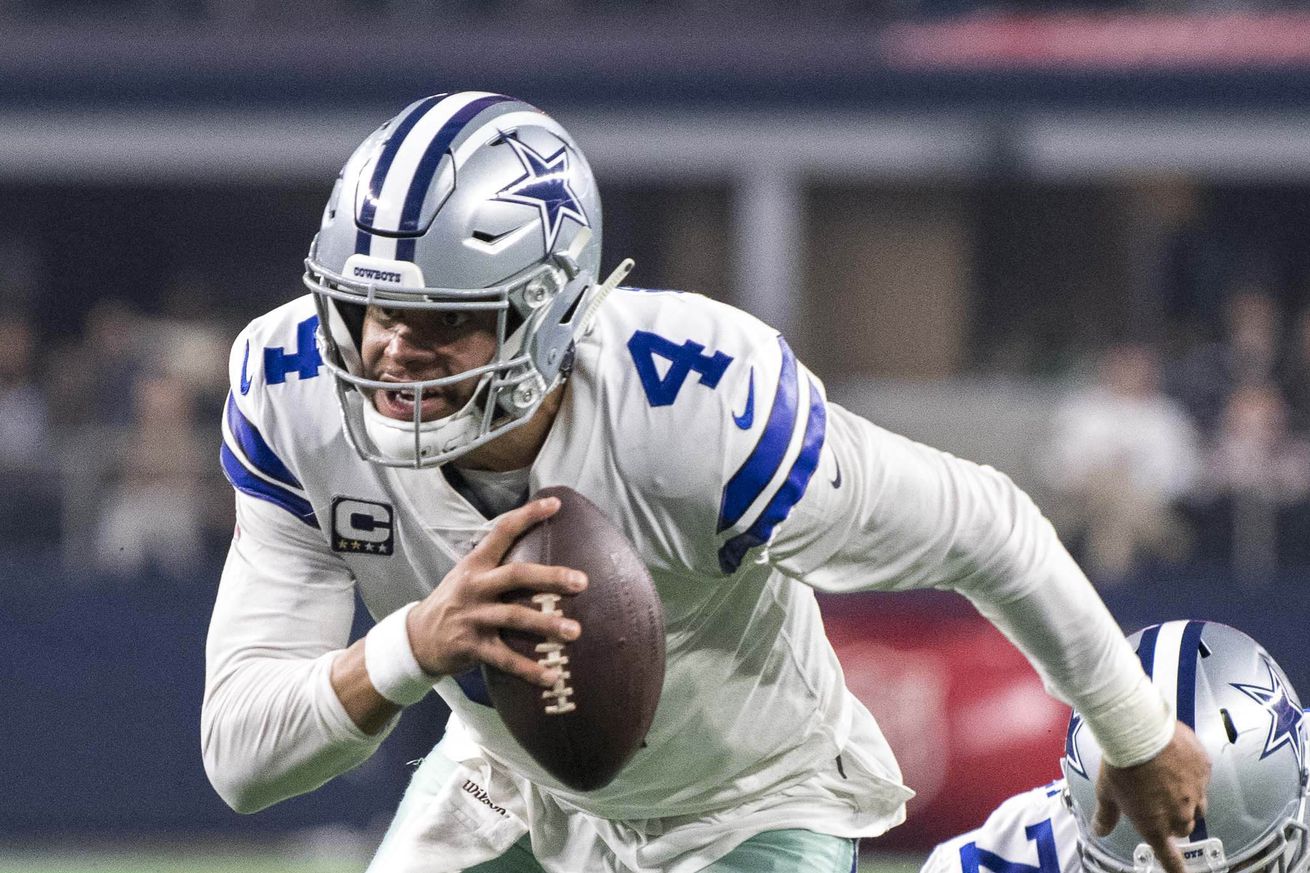 The Dallas Cowboys are hot right now, winning their last three games, but that pales in comparison to the 10 straight games the New Orleans Saints have won. No team is hotter right now that Drew Brees and company. After three-straight 7-9 seasons, Sean Payton’s squad is looking to capture it’s second straight NFC South title. In fact, we might be talking about them being defending Super Bowl Champions had it not been for this play…

Case Keenum to Stefan Diggs for the touchdown with :00 left. The Vikings are going to the NFC Championship. #NOvsMIN pic.twitter.com/NMZI2B4JeT

Just think, if that play never happens the Philadelphia Eagles might still have zero Super Bowl wins. Man, wouldn’t that be great.

The Saints are looking for redemption this season with the top ranked offense in the league. Every week they are lighting up the scoreboard. That includes a 45-35 shootout victory over another spectacular team, the Los Angeles Rams. They are running all over every team in their path and right now that path includes the Cowboys.

Fans may remember how the 2009 Saints were 13-0 until the Cowboys handed them their first loss of the year. The Saints went on to win the Super Bowl that season. But that’s almost 10 years ago and only long snapper L.P. Ladouceur still remains on that Cowboys team. This current Cowboys team is going to have to work some of that 2009 magic to dethrone the leagues hottest team. Do they have it in them?

Here are five things to watch on Thursday night.

The Saints are filled with playmakers of offense, but they really got a jolt of electricity when they selected Alvin Kamara in the third round of last year’s draft. What a steal that was. Kamara burst on the scene with 1,554 total scrimmage yards last year. And it was a very balanced attack with 728 yards on the ground and another 826 yards receiving. He’s actually averaging 14 more yards a game this season and on pace to eclipse his rookie-season yardage totals. He’s a dynamic player who can turn a small gain into a big one. He’s very quick and has the agility to weave through traffic. He doesn’t need big holes because he explodes through the creases and then turns on the burners.

Saints RB Alvin Kamara putting himself on the map for rookie of the year with this 74-yard TD! pic.twitter.com/WlPEBdLQfb

Despite Xavier Woods Pop Warner-like attempt to tackle Tevin Coleman a couple weeks ago, the Cowboys defensive backs have been really good at wrapping up. And the defense also has the athletic and lengthy Leighton Vander Esch patrolling the middle as well. To get off the field, the Cowboys defense must tackle well and keep the Saints from churning out extra yards after contact.

Speaking of turning a small gain into a big one, Amari Cooper had himself a game last Thursday, yielding his second-most receiving yardage game of his career. That’s actually pretty amazing considering he played 52 games in Oakland and it only being his fourth game ever with Dallas. What’s even more amazing is that he put up 180 yards on just nine targets, thanks largely due to two big runs after the catch for touchdowns.

The Saints made a deal to acquire cornerback Eli Apple from the New York Giants. While he struggled in New York, he’s been okay for the Saints. He’s still a weak spot that can be exploited and the Cowboys know first hand about that. Apple allows too much separation and if he gets matched up against Cooper at times, the Cowboys must take advantage.

Even more of a liability in coverage is the Saints #3 corner, P.J. Williams. Between Cooper, Cole Beasley, and Michael Gallup, there are big plays to be had, but it’s up to Dak Prescott to find them.

Most people would agree that the Cowboys need to essentially play a flawless game against the Saints if they are to have a shot at winning. That means capitalizing on red zone scoring opportunities, eliminating costly penalties, and winning the turnover battle. It’s no secret that the Cowboys aren’t likely to emerge victorious if they give the ball away to the Saints.

While it seems reasonable to believe the Cowboys must have a clean game to beat the Saints, you might be surprised to learn that the Cowboys need to have a clean game to beat anyone this season. The Cowboys have only turned the ball over in five contests this year, but they’ve lost every single one of those games. So that also means that Dallas hasn’t given the ball away at all in each of the last three games, so that’s promising.

The Saints have an underrated defense. They give up a lot of yards, but that’s because their opponents spend so much time playing catch up. While their defense doesn’t shut down teams, they are opportunistic and are very good at taking the ball away. In six of their last eight games, the defense has had multiple takeaways, including three against the Philadelphia Eagles a couple weeks ago, and four last Thursday against Atlanta.

This Saints defense isn’t star heavy, but they are good all across the board. With a defensive line consisting of Cameron Jordan and Sheldon Rankins, solid linebackers in Alex Anzalone and A.J. Klein, and surprising secondary play from Marcus Williams – this is a strong group. They might not hit you would star power, but they will still hit you.

It’s going to be hard enough to hang with this Saints team, but if they start giving away possessions, then it’s virtually impossible.

One of the things that has really helped the Saints offense shine is their ability to protect Drew Brees. The Saints are tops in the league in fewest sacks allowed with only 11 on the season. In contrast, the Cowboys are worst in the league as they’ve allowed the most sacks with 38 given up on the year. For Dallas, there are a handful of attributing factors. The offensive line has had issues at certain points and sometimes Prescott just holds the ball too long. Sacks are drive killers and Prescott must have good pocket awareness so he doesn’t stymie a possession with an unnecessary sack. Throw it away and live to fight another day.

The Saints don’t have any of those problems as they have revamped their offensive line. Gone are the days that Drew Brees is running for his life carrying the offense. Whether it’s key trades for Max Unger (traded away Jimmy Graham) or great draft picks like Ryan Ramczyk, the Saints offer Brees great protection. Not only does he have great blockers in front of him, but Brees helps his own cause by going through his progressions quickly and getting the ball out of his hands.

For the Cowboys to have a shot, they must be able to disrupt the quarterback. Brees isn’t infallible. He’ll make an errant throw here or muff the ball there, but he won’t do any of those things if he’s not pressured. It took a sack from a certain player wearing 94 to end their winning streak last time. Could the new 94 show up in this game? Or maybe just another guy named DeMarcus? Either one’s fine, I’m not picky.

DeMarcus Ware ending the Saints’ chances at an undefeated season in 2009 pic.twitter.com/40PQ7AZ6gH

5. Play with a sense of urgency

The Cowboys offense has looked better in recent weeks, but it’s still frustrating to see them so sluggish early on. Granted, they started last game with a 10-play, 75-yard touchdown drive, but then all they got the rest of the half was a field goal. And that’s all they got in the first half against the Atlanta Falcons a couple weeks ago as well. Fortunately, the Cowboys are averaging 20 points in the second half over the last couple games so that has helped them finish strong.

It just feels like the Cowboys offense can be stagnant at times and that won’t cut it in this game. What’s weird is that when they operate at a faster pace, they have shown they can move the ball. With the Saints putting up the points, this might be one of those games where they have to really open up the offense.

“Sense of urgency” Cowboys is actually my favorite Cowboys team to watch. For that reason, I think this upcoming Saints game might be a little more interesting than some people think.

Which Cowboys offense will we see?

The Cowboys must be the aggressor in this one. Jason Garrett needs to take more chances and use all four downs to keep drives going. Don’t be afraid to put on your fancy pants and steal a possession with a Chris Jones fake punt or a gadget play here or there (except not that Cole Beasley one they did in the Tennessee game). The Cowboys are going to need a stellar performance from all involved and that includes coaching so it’s time to see Garrett pull off some bold moves.

What will you be watching on Thursday night?