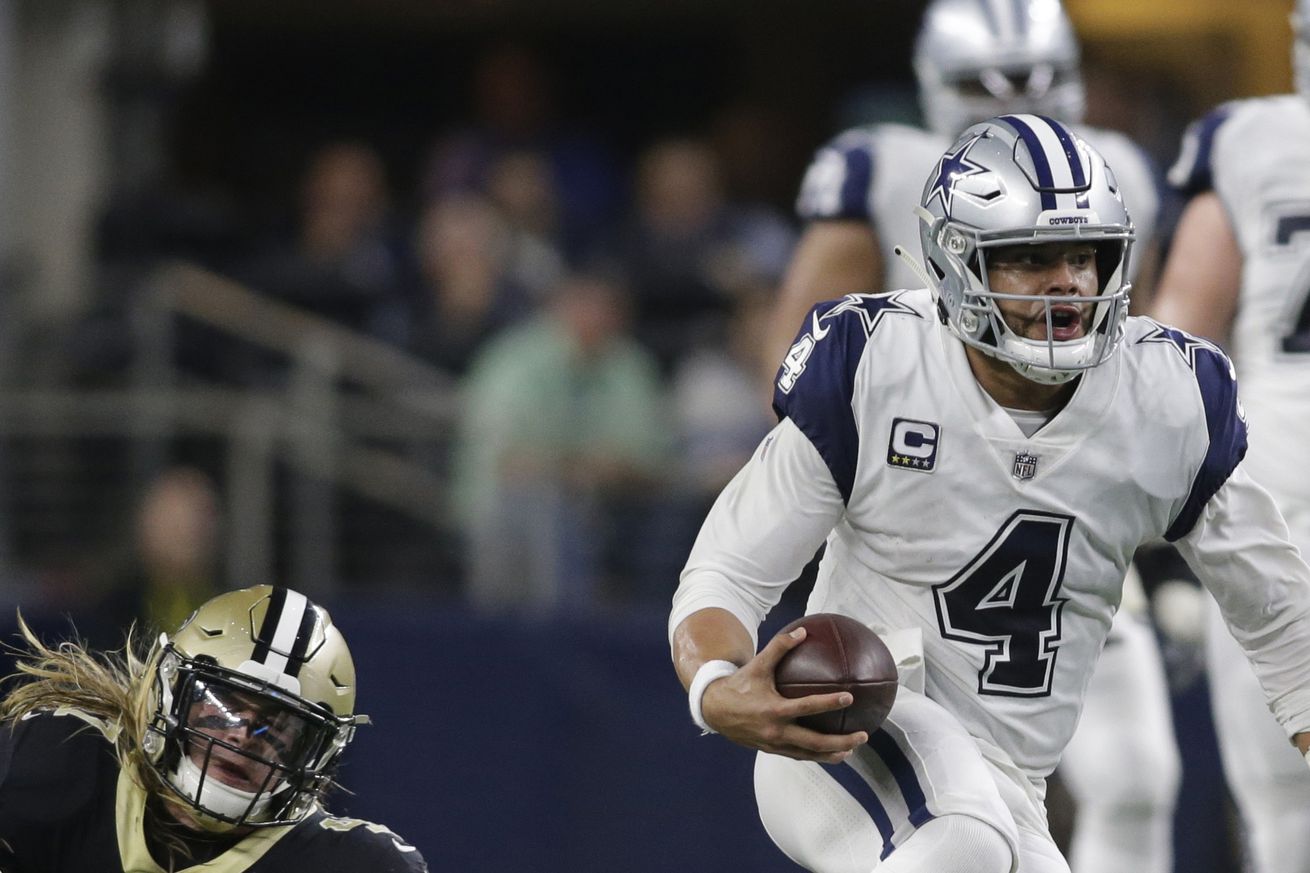 Take the win and be very happy.

It was a strange win for the Dallas Cowboys. They just knocked off the big dog of the NFC, a team on a 10-game win streak with an offense that lights up like pinball machine. Fans should be overjoyed, and they are, but there is a sense that the Cowboys didn’t even play their best football and still won. They repeatedly shot themselves in the foot with penalties, mental mistakes, bad execution and not all of it was on the offense. Even the defense got in on the act a couple of times (re: Randy Gregory).

Everybody had a blueprint of the things the Cowboys would need to do to win. One of them was not turn the ball over. The Cowboys lost the turnover game by fumbling it away twice while getting one back on an interception. Another blueprint point was to not make stupid penalties. They had a rash of those including the two gargantuan ones perpetuated by Randy Gregory. They had to take advantage in the redzone. Two times they were deep in the red zone and came away with only three points on those two trips. They had to take advantage of Saints mistakes. Michael Gallup beat Eli Apple on double-move so badly that it apparently stunned Dak Prescott so much that he overthrew him. The list goes on how the Cowboys violated every blueprint laid out for them to win this game.

Well, they broke every rule except one – they played unbelievably good defense. Led once again by their dynamic duo at linebacker, Leighton Vander Esch and Jaylon Smith, this defense not only turned the Saints one-dimensional by crushing the run game, but they made Drew Brees look like an on-the-hot-seat rookie quarterback about to get benched. All three levels of the defense deserve credit. The defensive line was disruptive. They only ended up with two sacks but they were constantly moving Brees of his spot and forcing him to throw before he wanted to release it. The Cowboys no-name tackles like Antwaun Woods, Daniel Ross and Caraun Reid are providing an interior presence.

In the secondary, the coverage was the best of the year. They were playing tight man coverage for many of the snaps, and the ball was contested repeatedly. Nothing came easy for the Saints; their only touchdown came on a play where the Saints receiver had to push-off and get away with pass interference. Besides that 30-yard touchdown, the Saints couldn’t generate any explosive plays.

The Cowboys offense did some good things in this game, and Prescott’s stats look pretty good. In truth, though, they left a lot on the field. They could have scored a lot more points on the night. In to save the day came the defense which helped the Cowboys win the time of possession, 36.53 to 23:07. That was important. It limited Brees’ attempts at putting points on the board. This, of course, relates back to the one huge blueprint point they did manage during the game – play elite defense.

In the end, it was a huge win. The Cowboys move to 7-5 and are looking like playoff contenders, and possibly an emerging force in the NFC. Sure we’re a little upset about the Randy Gregory penalties. We fret over the troubles in the red zone again. We’re worried about the pressure given up on Dak Prescott, and the loose-with-the-ball-in-the-pocket game that Prescott had.

Sweat those details another day.

For now, just enjoy the win.