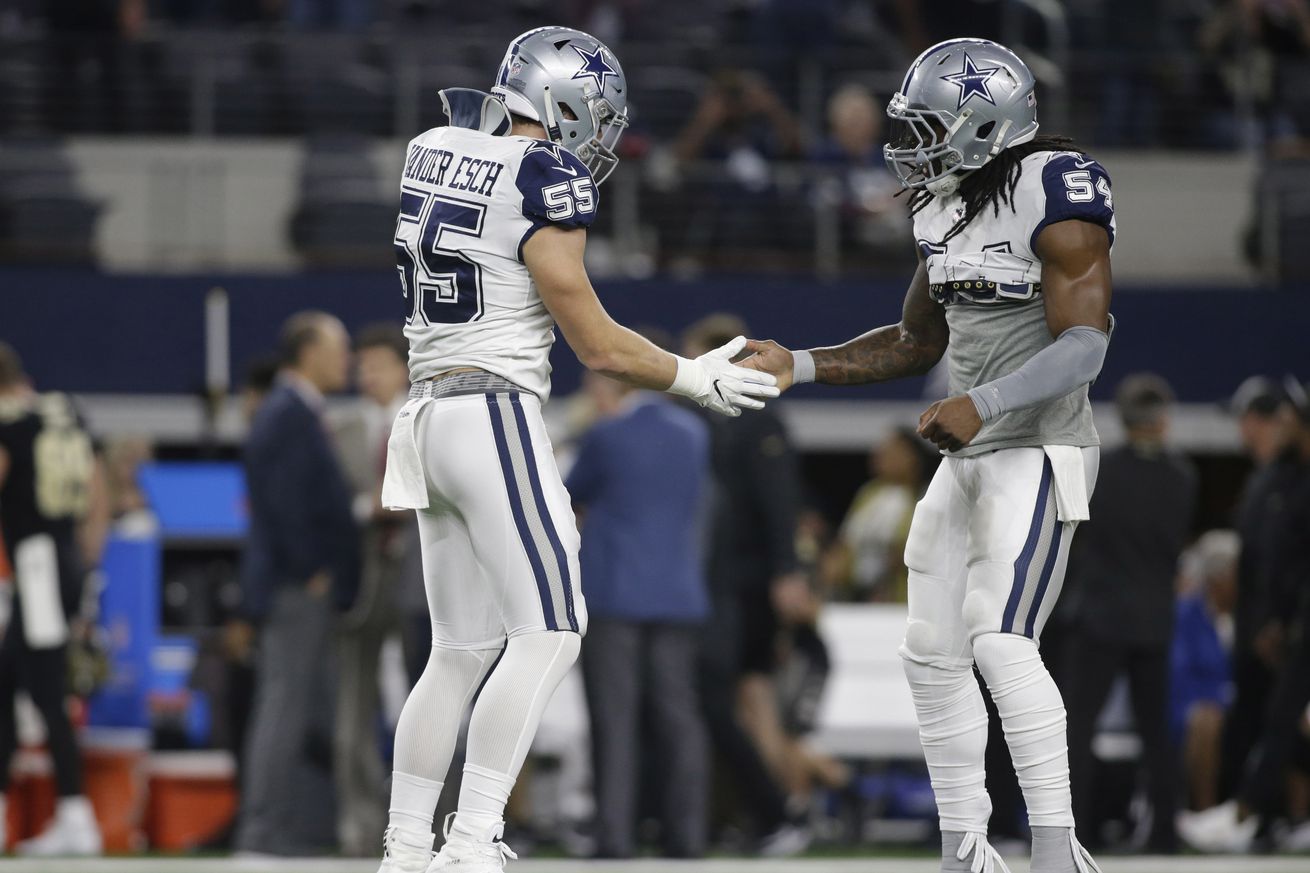 Here’s what we want to happen to improve the Cowboys playoff chances.

The Dallas Cowboys already took care of their Week 13 business, they beat the New Orleans Saints on the most-viewed game in Thursday Night Football history.

America’s Team finds themselves at 7-5 with a week and a half to rest up and prepare for the Philadelphia Eagles, but the Eagles, along with 29 other NFL teams, have to play their own game before this week is officially over.

Dallas is in first place in the NFC East and nobody can overtake their record this week. That’s a great feeling to have. They also have moved themselves beyond the only-winning-the-division-will-get-you-in conversation into a wildcard possibility should it come to that. While things do seem to be trending in an upward direction for the Cowboys (they’re even favored by one publication in all of their remaining games) there’s still room for error to be gained.

Here’s who we’re rooting for this week to make that happen (there are a lot of scenarios).

The early portion of Sunday will feature some games that we don’t necessarily care all that much about, but there are some contests that we do have to pay close attention to.

As mentioned, it’s possible that the Cowboys have to resort to the wild card as an entryway to the playoffs. It’s for the purposes of gaining some insurance in this endeavor that we want the Panthers, Bears, Packers, Lions, and Falcons all to lose. Pretty simple.

There’s no doubt that it’s a bit painful to have to root for the Giants, and you may be telling yourself that the Bears aren’t a realistic threat to the Cowboys as they’re going to win their division anyway so you want to see New York lose because, well they’re the Giants. While that’s certainly fair to some degree, we’re looking at things specifically through a mathematical lens and a Bears loss is the most beneficial.

We’re talking about keeping wild card hopes alive, so losses from the Seahawks and Vikings sure would be nice. Let’s hope that happens.

This week’s Sunday Night Football contest was one NBC flexed into with the Chargers and Steelers (could they flex a Cowboys game in a few weeks?) so it’s moot as far as the Cowboys are concerned. The final game of the week will definitely impact the NFC East race though as the Philadelphia Eagles are hosting the Washington Redskins.

Personally I’m a believer that an Eagles loss is best for the Cowboys long-term plans, but we’re a family around here at BTB and on Saturday we all gathered around the table to discuss the matter. We presented the logic to root for an Eagles or Redskins win and the majority prefers Washington to lose. As a result that’s what we went with for the guide.