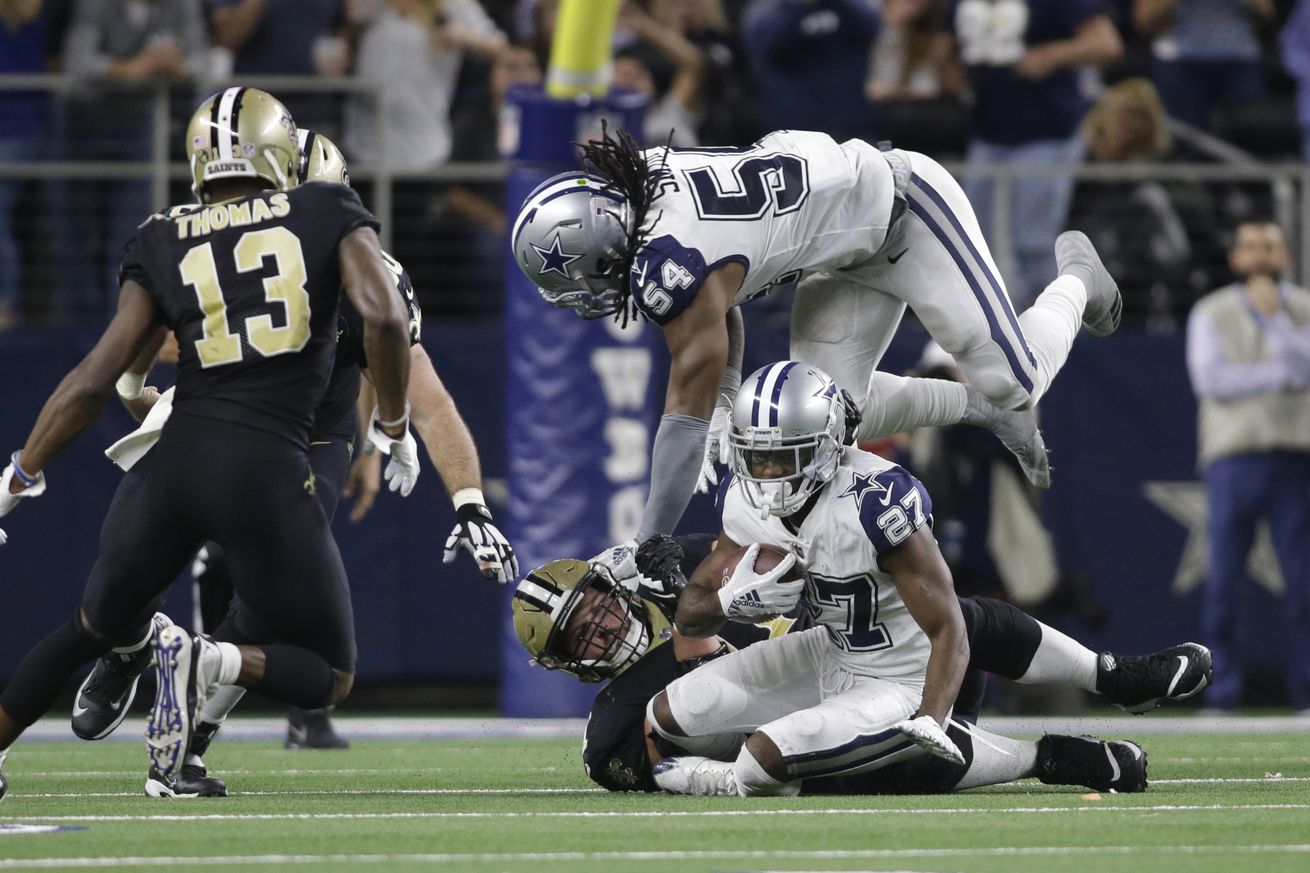 There is a small sort of rivalry between the Dallas Cowboys and New Orleans Saints. Rivalry might even be too big of a word, but the fact remains that the two teams are close in proximity and have played some epic games against one another.

Of course, the latest installment in whatever you want to call the Cowboys-Saints happened on Thursday night when Dallas handed New Orleans their second loss of the season by limiting them to 10 points and 176 total offensive yards. It was quite the statement to the world.

The exclamation point of the game was undoubtedly the interception that Jourdan Lewis hauled in. Things felt uneasy to that point, like New Orleans was finally going to break through and leave the Cowboys heartbroken, but Lewis stepped in and iced the night.

#DallasCowboys INTERCEPTION!@JourdanJD comes up with the clutch pick off Drew Brees. #NOvsDAL

After the game (which the Cowboys won), in typical customary fashion, there were photos taken. One photo featured players in the game that attended The Ohio State University. Ezekiel Elliott shared it on his Instagram.

The Buckeyes are now Big Ten Champions, but they’re also relatively fresh off of a victory against the Michigan Wolverines. Someone who happened to attend the University of Michigan is the man who sealed the Cowboys win… Jourdan Lewis.

Lewis and Thomas have a history of trolling each other that dates back to their days playing in The Big Game. It’s not surprising to see that extending to their NFL careers.

Lewis jumped onto Zeke’s Instagram and noted that Saints wide receiver Michael Thomas (who is a Buckeye) was absent from the photo, implying that he didn’t want to be part of it because New Orleans had just loss. He also tossed some compliments in the direction of Chidobe Awuzie and Byron Jones for limiting Thomas (one of the NFL’s better receivers) to only five catches and 40 yards.

Thomas talked about Lewis only playing eight snaps in the game and came after his status as an NFL cornerback (Lewis has been used sparingly on offense FWIW). He also made his own implication, that Lewis wouldn’t be seeing a second contract in the NFL.

Nobody in their right mind would deny that Michael Thomas is one of the best receivers in the game, but the fact remains that his team lost. Jourdan Lewis opened the door for some trash talk, he did have his best moment as a professional after all, and this spat of sorts ensued.

There really does seem to be a bit of a rivalry brewing between Dallas and New Orleans. Saints defensive lineman Cam Jordan went as far as saying he hopes to see the Cowboys again which obviously means he wants a shot at revenge. Michael Thomas is a difficult receiver to slow down but the Cowboys managed to do it and as a result they’ve got bragging rights until the Saints earn them back.

That’s all true whether Thomas likes it or not.