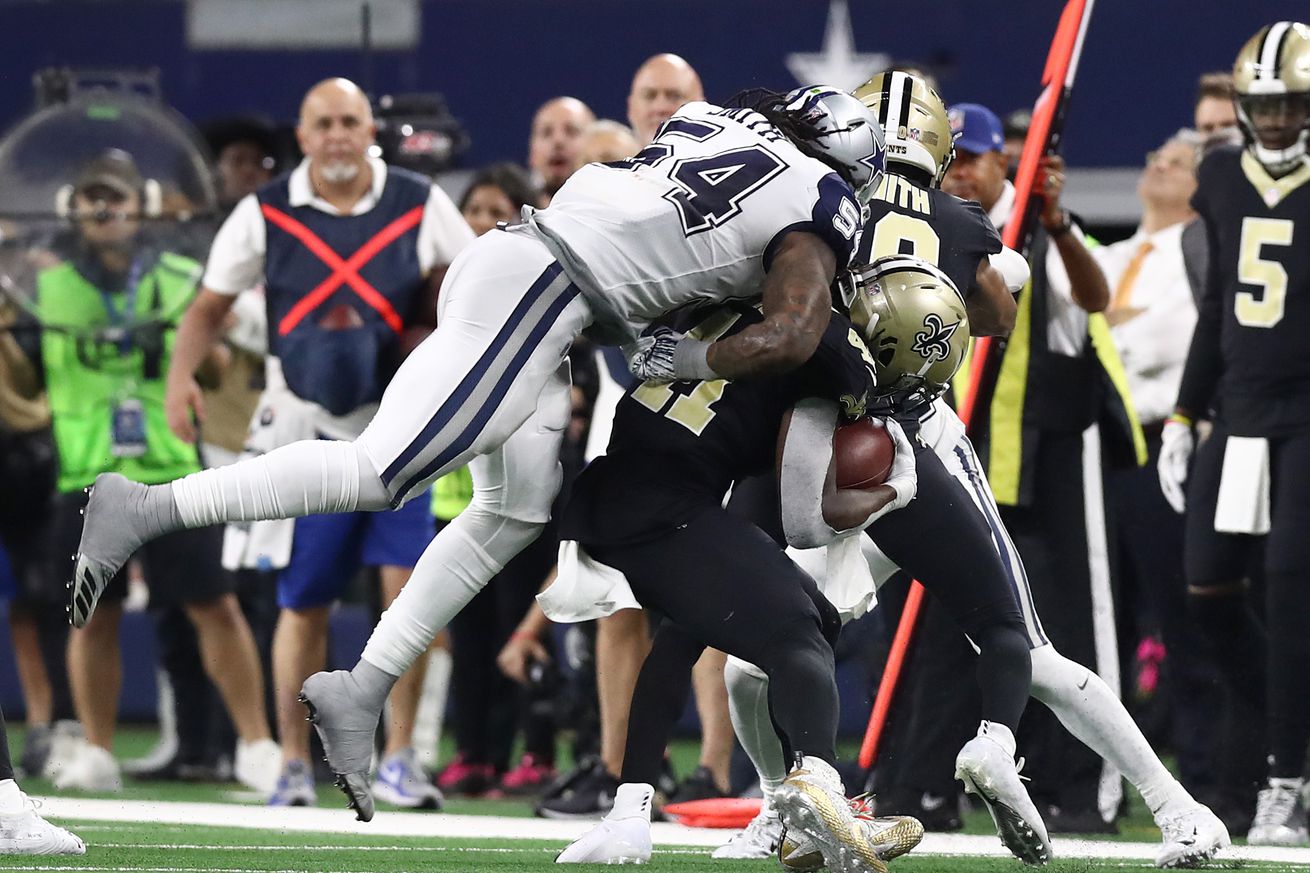 It’s called the “money down” for a reason and the Cowboys defense had it’s best performance against top competition.

The Cowboys defense has been balling and their recent stifling of the Saints should be a candidate for the best defensive performance of the year. We know that they held one of the best offenses in football to 176 yards, which is unreal. It’s also coincidentally the worst output of offensive production in the Sean Payton-Drew Brees administration. This defense has officially announced it’s arrival as one of the best in the NFL and it’s only going getting better each week.

For most of the year, the Cowboys defense has been the very best thing the Cowboys do besides handing the ball off to Ezekiel Elliott. If there was anything that really was an area of concern for the Cowboys, it was third-down defense. At 42.8% allowed, they are ranked 28th in the NFL. If you can’t get off the field on the “money down” as it’s referred to in the NFL, it opens up more opportunity and it causes the defense to get fatigued. Once a defense is gassed, an offense can just pick them apart.

The Cowboys are fortunate that they have only one glaringly awful outing on third downs. It was that dreadful Monday Night Football game where the Titans converted 79%. Though 79% is a drastic failure, Dallas’ defense has allowed six opponents to reach over 40% this season. The Cowboys were a fortunate 4-2 in those games where opponents averaged a 53% success rate on third down. However, the opponents in those four wins were the Giants, Lions, Eagles, and Falcons, combined those teams are 17-30 on the year.

Outside of those, the defense has only allowed a 32% conversion success rate in the other six games. The mark of a really elite defense is one that can get those necessary stops when they are needed most. Well, over the last two games, the Cowboys defense has really stepped up on third-downs. After holding Washington to 36% on Thanksgiving, they were even more impressive versus their best opponent. New Orleans were 45.3% on third-downs, sixth-best in the NFL, and the Cowboys held them to 27% on third-down.

Out of the eleven third down attempts, the Saints converted only three of them. For the first time all season, New Orleans left empty-handed on five consecutive possessions. How did the Cowboys do it? They took away Alvin Kamara. Out of the 11 attempts, Kamara was the target on seven of them. On the Saints’ lone red-zone trip in the first half, Dallas really clamped down on Kamara. The Cowboys also denied him twice in a row to complete a remarkable goal-line stand:

This is arguably Jaylon Smith’s most important play of his career. pic.twitter.com/NEAmu04DI6

Overall, Kamara was one for seven attempts on third downs, his only conversion came in the fourth-quarter. Two-plays later, Kamara was denied again and the Saints punted. The Cowboys decided to take away Alvin Kamara and it was the right decision. He’s been New Orleans’ ace-in-the-hole on both third-down and red zone opportunities. The Cowboys defense was outstanding and had their second-best third-down performance all year.

If Dallas can add excellent third-down stoppage to a resumé that already includes the third-best red zone defense, that’s the definition of elite. The Cowboys have been holding opponents to 18.6 points per game, that’s second-best in the NFL. They just held the best offense in football to 10 points, when they had averaged over 40 in the last month. Dallas has been a pretty good defense all year but now they are becoming great. We’re starting to see them get off the field, turn opponents away inside the 20’s, and they are even getting more takeaways. All of those things above are what makes this Cowboys team dangerous and a potentially tough out in the postseason.