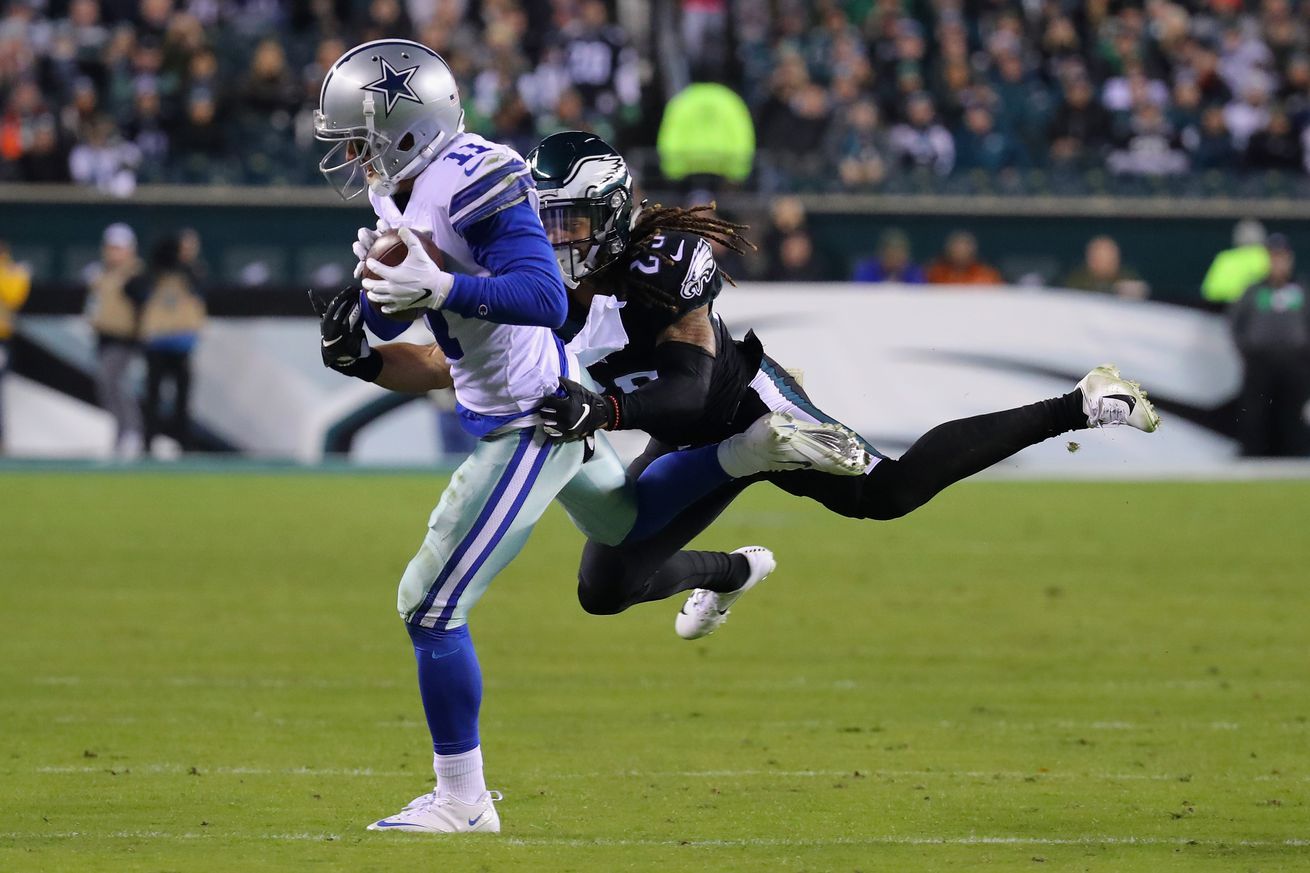 Was it really only a month ago that the Cowboys looked headed for a funeral?

Nov 11, 2018. The Dallas Cowboys were headed to The Linc in Philadelphia for what many thought would be their burial. The Cowboys came into the game 3-5 after an embarrassing loss to the Titans and nobody gave them a chance for a revival. It was the worst of times after the Cowboys had dealt away a first-round pick for Amari Cooper, but that move seemed like it wasn’t going to help at all in 2018.

Most in Cowboys Nation were already looking at prospective coaches who could replace Jason Garrett in 2019. Troy Aikman had basically called out for an overhaul of the whole organization, including, apparently, the Joneses. An era looked liked it was coming to a close and a very uncertain future was ahead for a team without a first-round draft pick.

It all changed. Here were some of the big sotrylines that came out of that game.

The LVE coming out party

It wasn’t like we didn’t understand that Leighton Vander Esch was a quality player heading into the Eagles game. He had already had three games with double-digit tackles. In the early part of the season, fans were tantalized by LVE’s talent but were still hesitant to proclaim him worthy of the first-round draft pick. As time rolled on, it became apparent that he was a cut above, that the Cowboys had got it right. Starting with the Eagles game, we started to see the emergence of a star.

Rookie linebacker Leighton Vander Esch drew first blood with the first big play of the game when he stepped in front of a Carson Wentz pass for an interception. His coverage skills were hyped up prior to the draft and the Cowboys wanted that type of athleticism roaming around. On Sunday night, he showed everyone just what he’s capable of.

Not only did Vander Esch make the pick, but he has the awareness to stay on his feet and keep fighting for yards on the return. It was worth an extra 28 yards of field position. Nice job, rook.

LVE had 13 tackles and the pick, which would have been enough. But one of those tackles was this game-saving effort that really put him on the map.

Fast-forward to this week, and Cowboys fans are up in arms over Jerry Jones suggesting that Sean Lee would be the starter again when healthy. Times have changed.

The Cowboys offense was suffering before the Eagles game. Besides a crazy explosion against the Jaguars and a good game against the Lions, it was one big struggle. Dak Prescott had us wondering if his 2016 year was some kind of mirage and there was open debate about Prescott being the quarterback for the long term. Additionally, the Cowboys could not get Ezekiel Elliott going on a regular basis. In the eight games the Cowboys had played, Elliott was held to under 100 yards five times, that was just not something fans were used to. Elliott had exploded against the Lions for 152 yards on the ground, and he also had 88 yards receiving in that game. Overall, though, there was a feeling Zeke was being under-used and not as effective as everyone knew he could be. So Dak and Zeke were both having their issues for different reasons, but it all came together against Philly.

Philadelphia and their top-10 ranked total defense welcomed in a struggling Cowboys offense — that had contemplated moving on from the man that is currently calling the plays — for a Sunday Night Football showdown. As expected, all but one of the BTB front-page writers picked the Eagles to come out victorious. (Shoutout OCC)

Dallas had other plans. Behind a monster performance from running back Ezekiel Elliott — 151 yards, 7.9 yards-per-carry average, and two total touchdowns against the league’s second-ranked run defense — and a bounce-back game from quarterback Dak Prescott — 270 yards passing and two total scores on a 72% completion rate — the Cowboys saved their 2018 season in a big, big way.

And, of course, this happened:

Zeke, this man has a family pic.twitter.com/K6GRcEvZaM

Since that game, Dak and Zeke have been on fire. Dak hasn’t had a game below 68% completion percentage or thrown an interception in his last four games including the Philly game, and has broken a 100 passer rating in three out of four of those games. Zeke had three one-hundred yard games in a row and has been more of a force in the passing game.

The Great Wall starts its rebuild

The Cowboys identity used to be it’s offensive line and how they paved the way for the above mentioned Dak and Zeke. Nowadays, it might be the defense that is the identity, but we can’t forget about that offensive line. And the struggles they were having. When the Cowboys brought on Paul Alexander to coach the line it turned out to be the opposite of a a match made in heaven. They made the decision to dump him and promote Marc Colombo but the first week against the Titans didn’t really make us believe. But then the Philly game happened.

This made for a tall order for Marc Colombo who was just in his second week of overseeing the men up front after Dallas fired Paul Alexander. The team spent all week trying to find an answer for [Connor] Williams’ absence and finally settled on Xavier Su’a-filo who wasn’t even on the team not that long ago.

Handling Fletcher Cox is hardly an easy task, but somehow Xavier held his own throughout the contest. Many people were upset with the level that Connor had been playing at anyway, Xavier jumping in and the group not totally breaking down feels somewhat like Ron Leary coming in for La’el Collins in 2016.

On the subject of winners along the offensive line Zack Martin’s toughness needs to get an honorable mention. He took a gruesome hit early on in Philly and it looked like more than his night was in jeopardy. Zack battled back and managed to help pave the way for the fourth Cowboys win of the season. Respect.

They haven’t been perfect. The Saints were all around Dak during that game and he is getting pressured too much in general. But one thing that is demonstrably better is their run blocking. As mentioned above, Zeke is now on track and is just 25 yards away from leading the league in rushing yards.

Jason Garrett’s hot seat has frozen over… for now

There was a thought heading into the Philly game, just a rumor among media and fans, that if the Cowboys got blown out by the Eagles in that November game, then Jerry Jones might pull a Wade Phillips maneuver on Jason Garrett and fire him mid-season. That’s how down everybody outside of the organization was on Garrett. Then the Eagles game happened.

Hey, if you’re going to hold the coaches responsible for terrible team-wide performances like the one last week against the Titans, then they deserve credit for an outstanding performance against a quality opponent in a difficult environment.

The Cowboys competitive spirit was rightly questioned following last week’s meek effort against the Tennessee Titans. Well, no one’s going to question the effort we saw last night. Dallas played hard and aggressive from the opening kick-off to the final whistle. That’s a testament to the Dallas staff keeping the entire roster focused and on message. That’s not an easy thing when everything seems to be going wrong and the entire NFL-watching universe seems ready to bury your corpse.

One of the things that was a flashpoint for fans was Garrett’s conservative nature. Suddenly, it was gone (kind of).

The Cowboys converted a third and long into a short fourth-down attempt. Jason Garrett kept his troops on the field and they had a nice bootleg run called that looked like Dak Prescott would’ve converted, but unfortunately a false start penalty messed that all up. The Cowboys then had to punt.

…the Cowboys reached in their bag of tricks and pulled off a fake punt on a 4th-and-2 play where Jeff Heath took the direct snap and pushed through the middle for the first down.

Jeff Heath the with the fake punt pic.twitter.com/WFJJ7TYQ0M

Garrett is not totally off the hot seat. He needs to finish the season strong and make some playoff noise to truly solidify his status. But since the Eagles game, things are different when it comes to the temperature of his seating material.

A little under a month ago, the Cowboys were dead and buried, at least that was a narrative and it was an easy one to believe. Now, they’re contenders on a four-game winning streak and looking to make their playoff push. This is why you never give up on a season.

Bonus fun: Re-live the Cowboys win over the Eagles through the comments of other fans in an epic edition of Trolling The Nation.