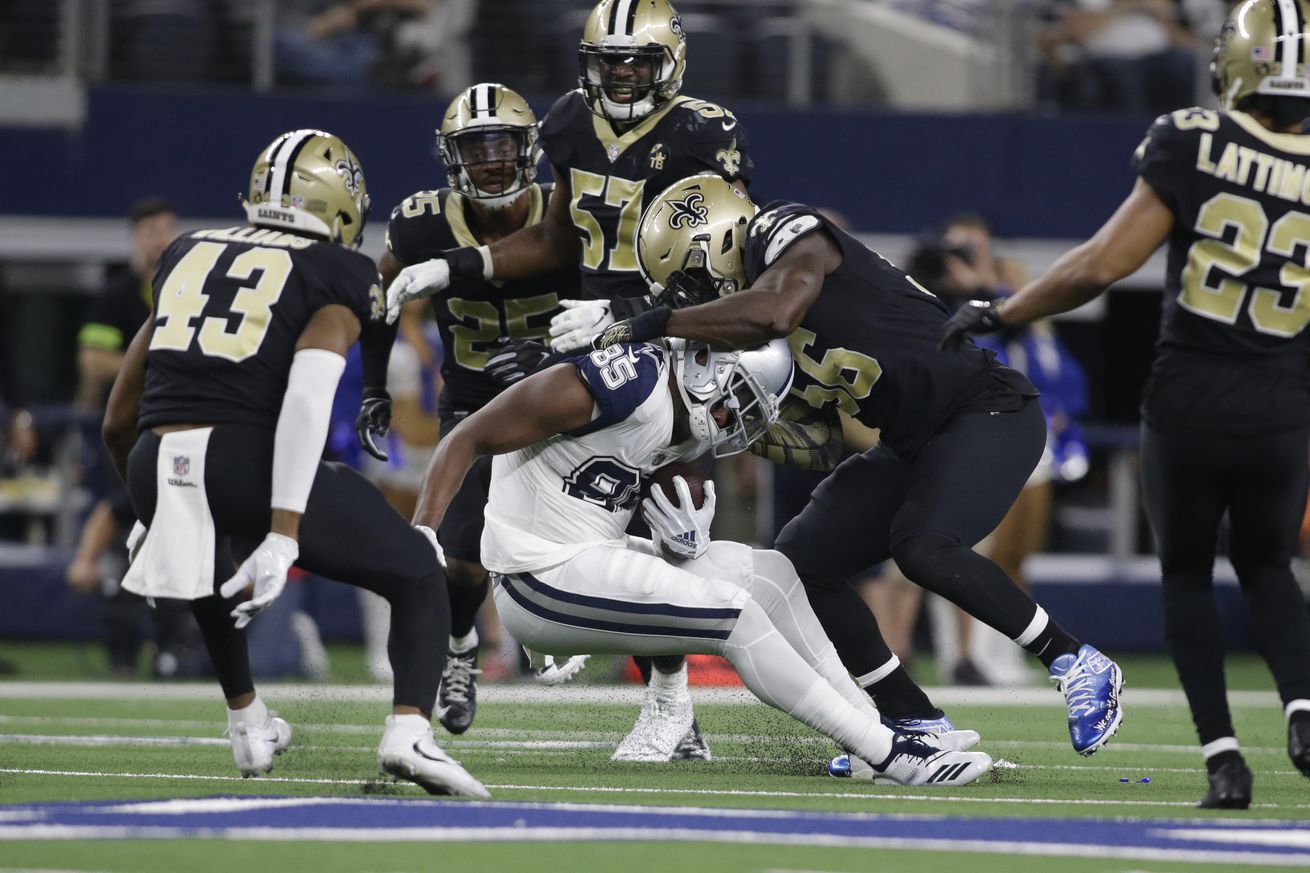 It took a while, but Noah Brown is finally starting to contribute to this offense in more ways than one.

Slowly but surely, Noah Brown is starting to find a nice little role in the Cowboys offense. The Cowboys selected the 6-foot-2, 225-lb wide receiver in the seventh-round of the 2017 NFL Draft. Brown had a relatively quite rookie season hauling in just four receptions, for 33 yards. His main value was his high quality blocking for a wide receiver. Brown’s sophomore campaigned started out with a hamstring injury that kept him sidelined all through training camp, preseason, and eventually landed him on injured reserve.

In week 10, the Cowboys activated Brown, and started incorporating him into their offense. While the stats won’t show it, Brown has played well for the Cowboys since returning and has played a key role in the Cowboys four-game win streak. Where Noah Brown shows up most is in the run blocking category. Brown is a big, physical specimen that enjoys contact with defenders when blocking in-line or out in-space. Brown consistently shows the ability to set a strong edge, dig a defensive back out of the hole, or get open when it matters most when running routes. The last point is one the Cowboys haven’t seen from Brown in his time with the team, but something that has shown up on the tape here recently. Brown has seen his snap count increase each week since returning to the roster from IR.

Here, Noah Brown does an excellent job not only running a very crisp comeback route, but he also does a great job of catching the football then getting up field for some clutch yards after the catch. Brown does quality work keeping his head/chest over his knees, and keeping his arms pumping throughout his break selling vertical at the top of his route before making his break back to the football.

Noah Brown will not be a guy who fills up the stat sheet, but if he can continue to make plays like this in keys spot, his job as a receiver will be greatly appreciated. Anytime a receiver can turn a five-yard gain into an 11-yard gain it makes a difference, and that is exactly what Brown does here.

#Cowboys WR Noah Brown had some nice blocks vs PHI. Here is one of them on Michael Bennett. pic.twitter.com/wnLCmqb6e3

Earlier we mentioned Brown’s physicality and willingness to block. Here he shows that with a great cut-block on the backside defender. Remember, Michael Bennett is a 6-foot-4, 275-lb defensive end, and Noah Brown is a 6-foot-2, 225-lb wide receiver. Receivers normally don’t win these reps, but Brown is able to take Bennett completely out of the play with a gritty cut-block.

Here’s another nice rep of Noah Brown making a key block down field on a screen pass. Blocks like this one seem to add 10-15 yards to plays like this. If Brown fails to finish this block, Ezekiel Elliott is likely to be tackled or slowed down at the 31-yard line, instead Elliott isn’t brought down until he reaches the 21.

They bring Noah Brown across the formation from the H-back spot to lead block for Zeke, and he, for the second time today, has sprung a nice run with his ability to understand leverage and hold up physically against bigger linebackers pic.twitter.com/HvFYfn1Hpb

This is another beautiful run-blocking rep from Noah Brown. On this play, Brown is being used as a lead blocker in almost a fullback role. Brown executes his block perfectly and completely digs linebacker Zac Brown out of the hole for a nice gain. While Noah Brown is listed as a wide receiver, he plays a variety of roles from tight end to H-back.

Another thing that makes Noah Brown so dangerous, is that defenses don’t quite respect him as a true receiver yet. You’ll notice that here. On this play, the Cowboys run a play-action, decoying Noah Brown as an in-line blocker for Ezekiel Elliott. After the play fake, Brown leaks out on a shallow crossing route and is absolutely wide open for an easy six points. Dak Prescott unfortunately doesn’t get him the football, and the great play design is all for naught. If Noah Brown can continue to develop as a true receiver, defenses will be left guessing whether he’s in the game as a blocker or as a pass catcher, that opens things up for this offense to work.

Noah Brown is a player all football coaches love to have on their team. While he isn’t a glamour player, he does all the small things well and loves to get his hands dirty in the blocking/running game. Due to his effectiveness as a blocker, and the growth we’re seeing as a receiver, the Cowboys coaching staff would be wise to continue to up Brown’s snap count down the home stretch.