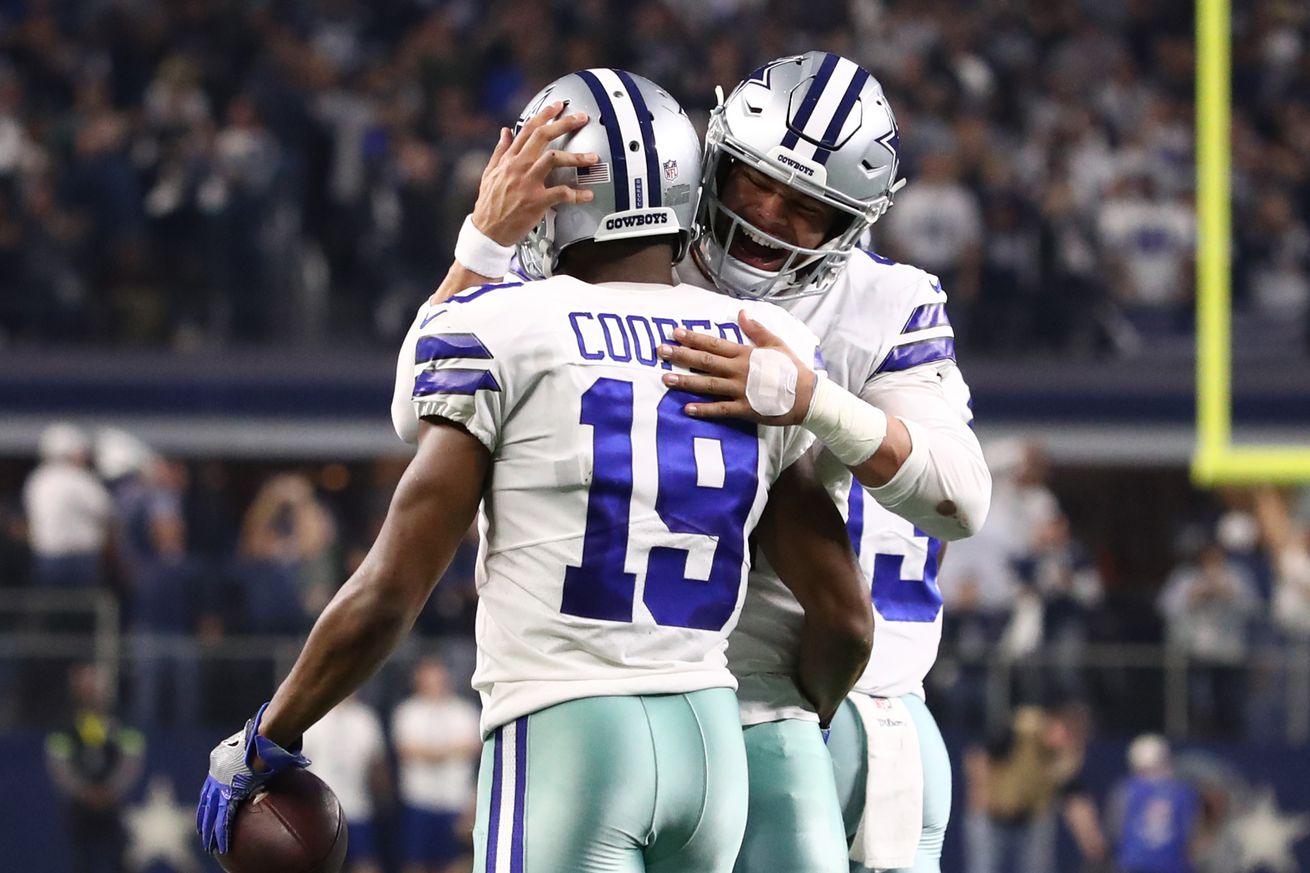 Dak Prescott and Amari Cooper are developing the chemistry that is needed.

On Sunday evening the Dallas Cowboys vanquished the Philadelphia Eagles and it was glorious in so many different ways.

The star of the game was undoubtedly wide receiver Amari Cooper. Eclipsing 200 yards, catching three touchdowns (including the game-winner), and making play after play will kind of have that effect.

One of the more incredible plays that Cooper had against Philadelphia was his 75-yard touchdown. The Cowboys were in need of a scoring drive and Cooper made that quite easy. After the game he discussed the play and how it actually only happened thanks to Dak Prescott.

It’s interesting because I actually had another stop route on that play and they were, if you were watching, really sitting on those stop routes. And I was like, this is ridiculous. So when I broke the huddle I was kind of mad and I was like, Dak come on. And he was just like, just run it bro. And I guess he thought about it again and he kind of signaled a go route and I was elated when he did that. And I took off, caught the ball, and scored.

Cooper was pressed about what kind of signal this was and he said it was a hand signal (he also jokingly said they’d now have to change it). It’s really great to see that Dak Prescott took control of the moment and trusted his receiver’s instincts, but it raises questions about Scott Linehan’s play-calling.

This touchdown came in the fourth quarter. It’s not like Cooper is expressing sentiments from the game’s first possession where things were still unknown (or at least more unknown). What would have happened had Dak Prescott not use his authority to adjust the route?

Thankfully we didn’t have to watch that play out but in an alternate timeline many BTBers are arguing about how Cooper should have indeed run a go. Again, give both Dak and Amari credit for the recognition, adjustment, and execution, but what about Scott?

This question keeps coming up.