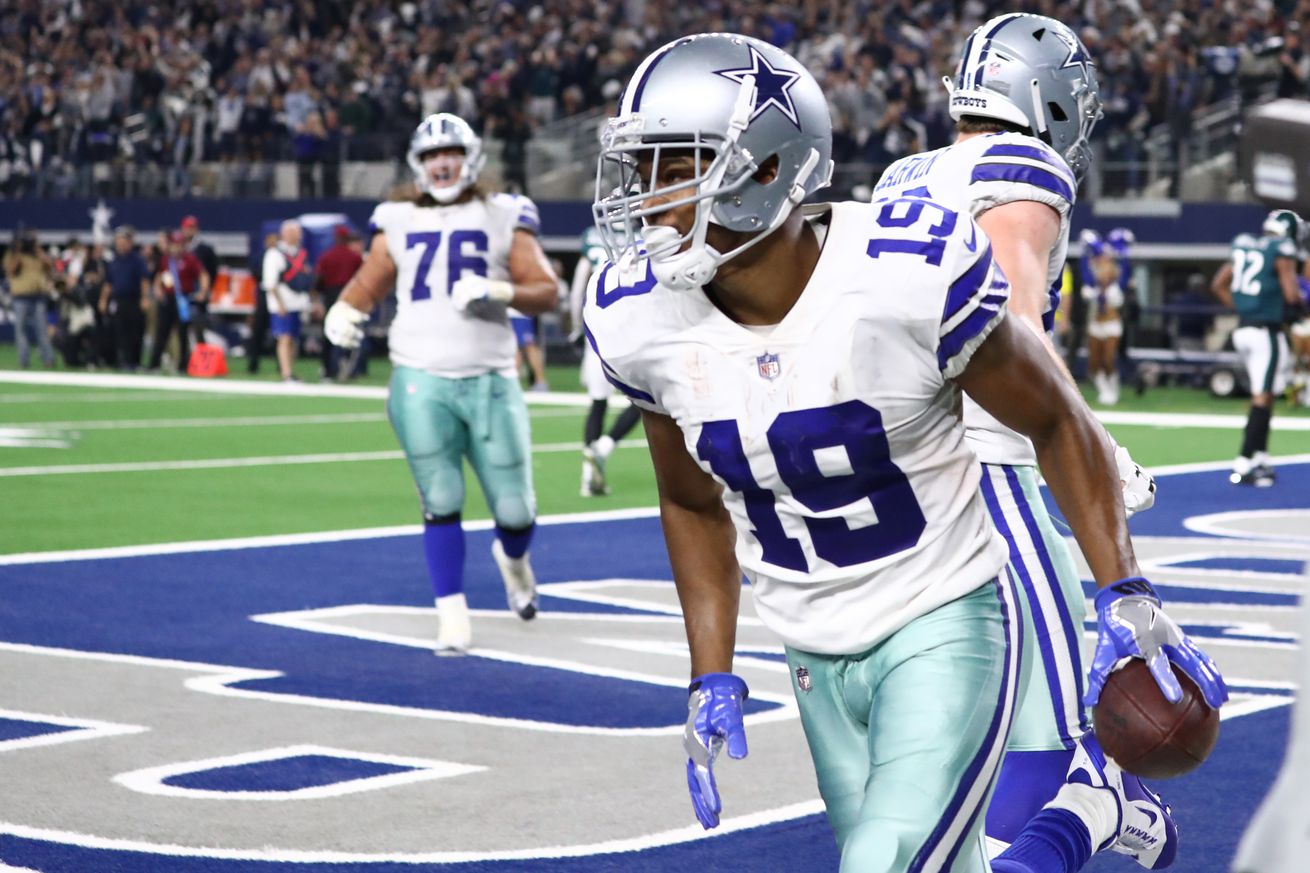 Hear from the Cowboys.

Sweeping the Eagles is something that must be cherished and the good news is that we have an entire year to do it.

It’s true that the Cowboys did indeed defeat Philadelphia on Sunday, and what a time it is to be alive. If you want to celebrate the big win for America’s Team then you’ve come to the right place.

Check out our sounds from the locker room episode of OchoLive where you can hear from Jerry Jones, DeMarcus Lawrence, Jaylon Smith, and more.

Among those on the episode you can hear from Amari Cooper and listen to him describe how Dak Prescott changed the route he ran on his 75-yard touchdown.

It’s interesting because I actually had another stop route on that play and they were, if you were watching, really sitting on those stop routes. And I was like, this is ridiculous. So when I broke the huddle I was kind of mad and I was like, Dak come on. And he was just like, just run it bro. And I guess he thought about it again and he kind of signaled a go route and I was elated when he did that. And I took off, caught the ball, and scored.

It’s a great time to be a Cowboys fan. One more win and we’ll be talking about some caps and t-shirts! Who would have ever thought?