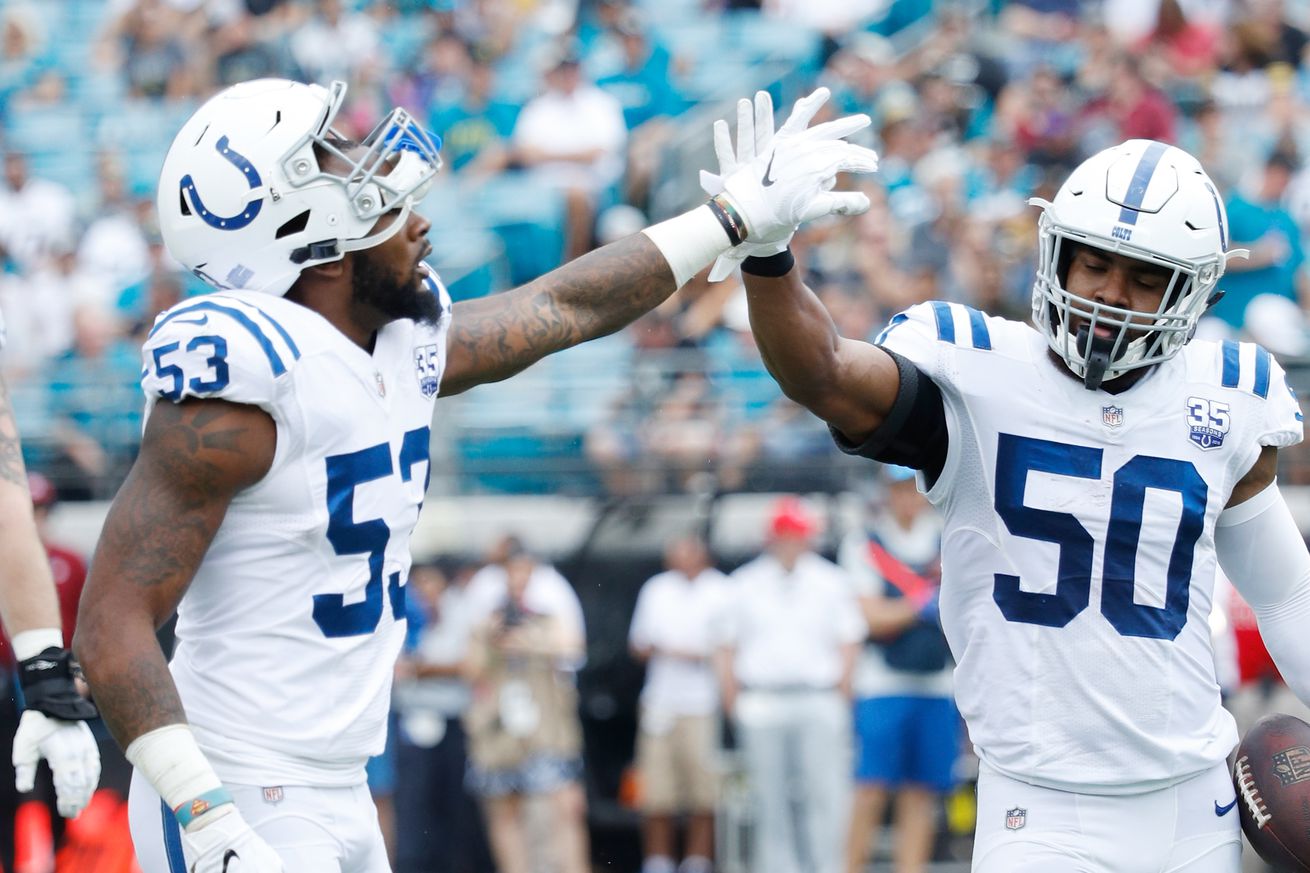 A familiar face is taking up a defensive rebuilding project in Indy.

The Colts defense has been pretty awful in recent years. In fact, the Colts have only finished with a top 15 defense six times this century, and only twice in that period did they have a top ten defense. Naturally, the defensive coordinator position in Indianapolis was seen as one of the more challenging assistant jobs in the NFL this past offseason.

Enter Matt Eberflus, who had been with the Dallas Cowboys since 2011. Eberflus had been a rising coordinator candidate for some time already, and he was officially hired to the Colts by Josh McDaniels back when that was a thing. Yet, when Frank Reich was hired after McDaniels left Indy at the altar, he made the smart decision to honor the contract and keep Eberflus. Since Reich is an offensive guru and play-caller for the Colts, Eberflus has pretty much been given full control over the defense in much the same manner as Vic Fangio in Chicago.

Eberflus was quick to announce that he’d be implementing Rod Marinelli’s defensive scheme, which is a somewhat modernized version of the classic Tampa 2 defense. But with not a whole lot of talent to work with, Eberflus has made some tweaks of his own to this scheme, and he’s been finding success. The Colts defense ranks 11th in the league overall, 15th in passing defense, and eighth in stopping the run. Eberflus’s unit also ranks 15th in scoring defense, allowing just over 23 points per game.

What’s particularly impressive is the Colts’ ability to stop the run. Of the fifteen defenses to have 340 or more total rushing attempts against them, no unit has allowed fewer rushing yards, and the Colts are allowing just 3.8 yards per carry, tied for fifth fewest in the NFL. By the way, the Cowboys allow the least rushing yards per carry, but that’s besides the point.

This stellar run defense can be attributed primarily to three players: Darius Leonard, Anthony Walker, and Clayton Geathers. These three lead the team in tackles and have been pivotal in many of the stops the defense has made against the run. Leonard is a second-round rookie who has been the starter and heart and soul of this unit, and his 135 tackles leads every defender in the league; he also has 11 tackles for loss. Walker was a fifth-round draft pick in 2017 and has come up big alongside Leonard with 97 tackles of his own, while Geathers, the starting strong safety, frequently plays in the box as if he were another linebacker and has come up with 79 tackles.

The defensive line has also been disruptive for Indianapolis, led by the likes of Denico Autry, Margus Hunt, and Jabaal Sheard. Hunt has played the role that Tyrone Crawford does in Dallas, switching between defensive end and defensive tackle based on situations, and he’s responded with 24 tackles, five sacks, and is tied for the team lead in tackles for loss with 13. Sheard holds that tie for tackles for loss and also has five and a half sacks with 42 tackles and is tied for the team lead in quarterback hits with 12. Sheard has proven himself not only as someone who can contribute in stopping the run, but his ability to push the pocket has been invaluable. Autry is another guy who fills many roles, switching between all four different spots on the line of scrimmage while leading the team in sacks with eight while also adding 10 hits on the quarterback and 11 tackles for loss.

Kemoko Turay, a second-round rookie from Rutgers, has also gotten involved in this defensive line rotation and has seemingly gotten better every week. Mostly only coming on the field in passing situations, Turay has four sacks and is tied with Sheard for the lead in quarterback hits with 12. Leonard has also showcased his ability at rushing the passer in addition to patrolling the second level of the defense, and his seven sacks are the second most on the team. Eberflus has found ways to create pressure in key situations.

The biggest weakness of this defense is its secondary. Kenny Moore and Pierre Desir have been the main two cornerbacks dropping back in coverage with Quincy Wilson working out of the slot. Desir has arguably been the best of those three, but with opposing quarterbacks completing 71.9% of their passes against this secondary, that’s not exactly what you want out of the back end of a defense. Free safety Malik Hooker, whose rookie season last year ended with a torn ACL, has been steady in his return to action. He’s been limited in practice with a hip injury, but at 100% Hooker has the potential to become a dangerous center fielder safety. Right now, he’s not there yet.

Overall, this secondary is a bit of an Achilles heel for the Colts on defense, as their pass defense’s DVOA rating of +8.9% makes them the 18th most efficient pass defense, and going against an already hot Dak Prescott who just went supernova last week with 455 passing yards and three touchdowns should only make things worse. The Cowboys should look to get their quarterback going early, especially with the threat that this defense poses in stopping the run. Ezekiel Elliott will still get his touches, but Dallas may have to ask more of Dak in this one to win. Fortunately, that’s a call that Prescott has answered recently.