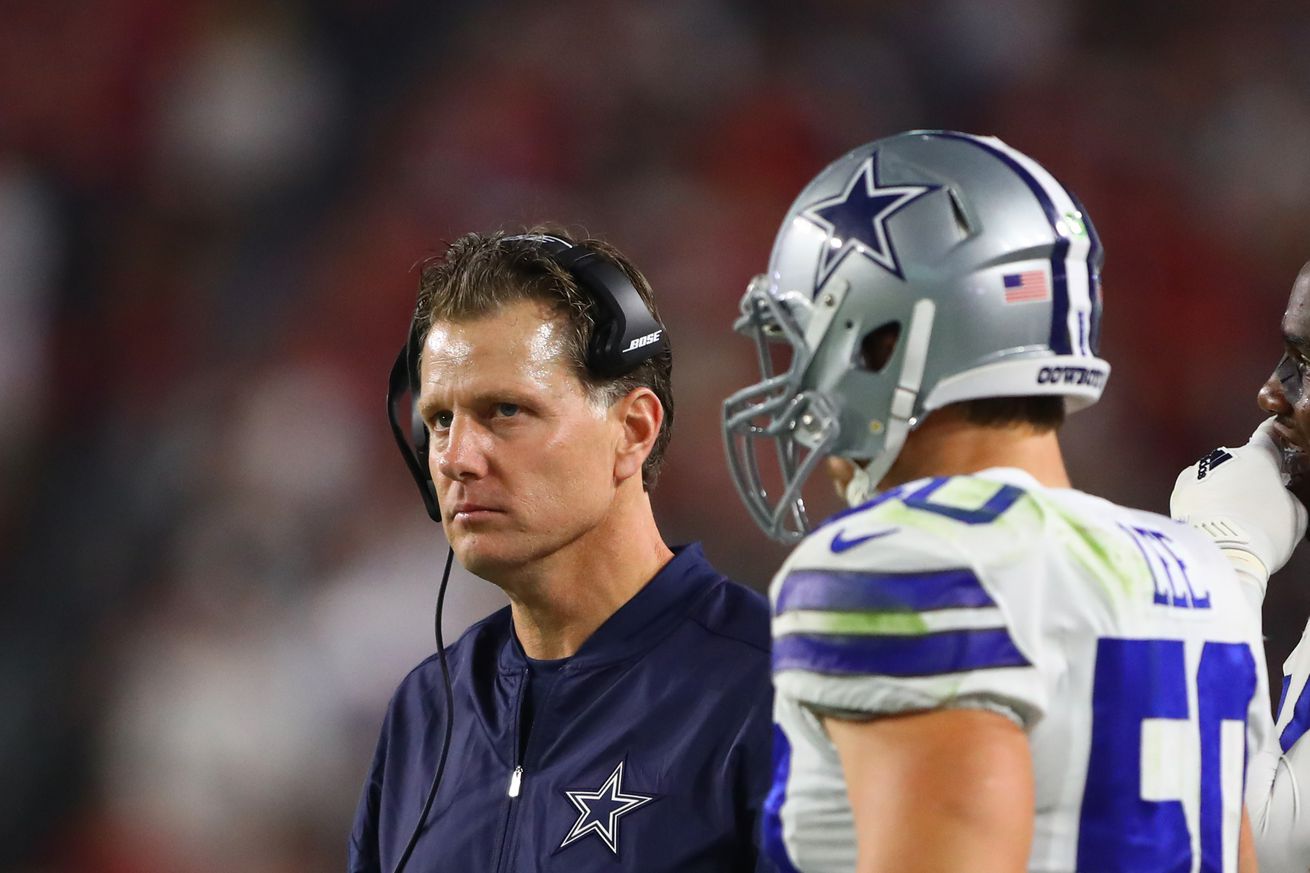 Who will get the upper hand with Matt Eberflus running the Colts defense on Sunday?

The Dallas Cowboys will head to Indianapolis this Sunday to take on the 7-6 Colts. Both teams are coming off big division wins and are right in the middle of the playoff hunt in the NFC East and AFC South. The Cowboys will run into a familiar face in Matt Eberflus on Sunday as the long time Cowboys defensive assistant now runs the defense for the Colts.

Matt Eberflus spent the last seven seasons with the Dallas Cowboys serving as the team’s linebacker coach (2011-2015), and passing game coordinator/linebackers coach (2016-2017), before signing with the Colts in the offseason to be their defensive coordinator. Eberflus was a coach Dallas did not want to lose, but after serving as an assistant and not a coordinator for the entirety of his coaching career, Eberflus couldn’t wait to take charge of the defense in Indianapolis when given the opportunity. Eberflus has had a really nice year in Indy, turning his own group of “orphans” into a very solid defense. Heading into week 15, Indianapolis ranks 15th in points per game (23.1), 11th in total yards per game (345.3), 15th in passing yards per game (242.4), and eight in rushing yards per game (102.9). Just a year ago, the Colts defense was one of the worst units in the NFL across the board. In 2017, the Colts defense ranked 30th in points, 30th in yards, 28th in passing yards per game, and 26th in rushing yards per game. The turnaround is tremendous and a lot of the credit should be given to defensive coordinator Matt Eberflus.

When the two teams meet on Sunday, there will be a lot of familiarity. Eberflus will be very familiar with Rod Marinelli’s defensive game plan, but the Cowboys offense will be very familiar with the Colts defensive game plan. The Colts defense looks and plays almost identical to the Cowboys defense the last couple of years, which quarterback Dak Prescott should be very familiar with. For the most part, the Colts don’t play a lot of exotic coverages or send a ton of exotic blitzes. Instead, Eberflus will rely on his front four to get most of the pressure. Except on third down when the defense has recently become more aggressive.

Defensive tackle Denico Autry leads the team in sacks with eight, and has played extremely well this season at under-tackle. At defensive end, the Colts have three talented rushers in; Jabaal Sheard, Margus Hunt, and rookie-Kemoko Turay. Eberflus has shown the tendency to blitz rookie linebacker Darius Leonard and it has worked so far this season. Leonard has played extremely well this season at weakside linebacker, and will be a player that the Cowboys will want to key on in this matchup. Leonard leads the NFL in tackles this season with 135, and has seven sacks on the season, which is impressive given the position he plays in the Colts 4-3 scheme. If you’re interested in learning more about the Colts defensive success check out this article from Stampede Blue writer Zach Hicks:

The Colts’ defense was shredded earlier in the season by offenses because they couldn’t get home with four man rushes. Quarterbacks would sit in the pocket and wait and wait until an open outlet emerged downfield. As a result, the defense was gashed by mediocre quarterbacks such as Sam Darnold, Derek Carr, and Blake Bortles— mediocre may be a stretch for Bortles. The frustration only grew when the Colts registered no sacks against the Raiders and Jaguars (first meeting).

After that first Jaguars game though, Defensive Coordinator Matt Eberflus decided to get aggressive and creative with his blitz calls. The Colts have registered 14 sacks over the last four games with players such as Kenny Moore II and Darius Leonard contributing on the sack sheet. The main area where this has really taken effect is on third downs. Instead of just sitting back on third downs, Eberflus has elected to send a lot of pressure in recent weeks. The early returns on this change in decision making have been great.