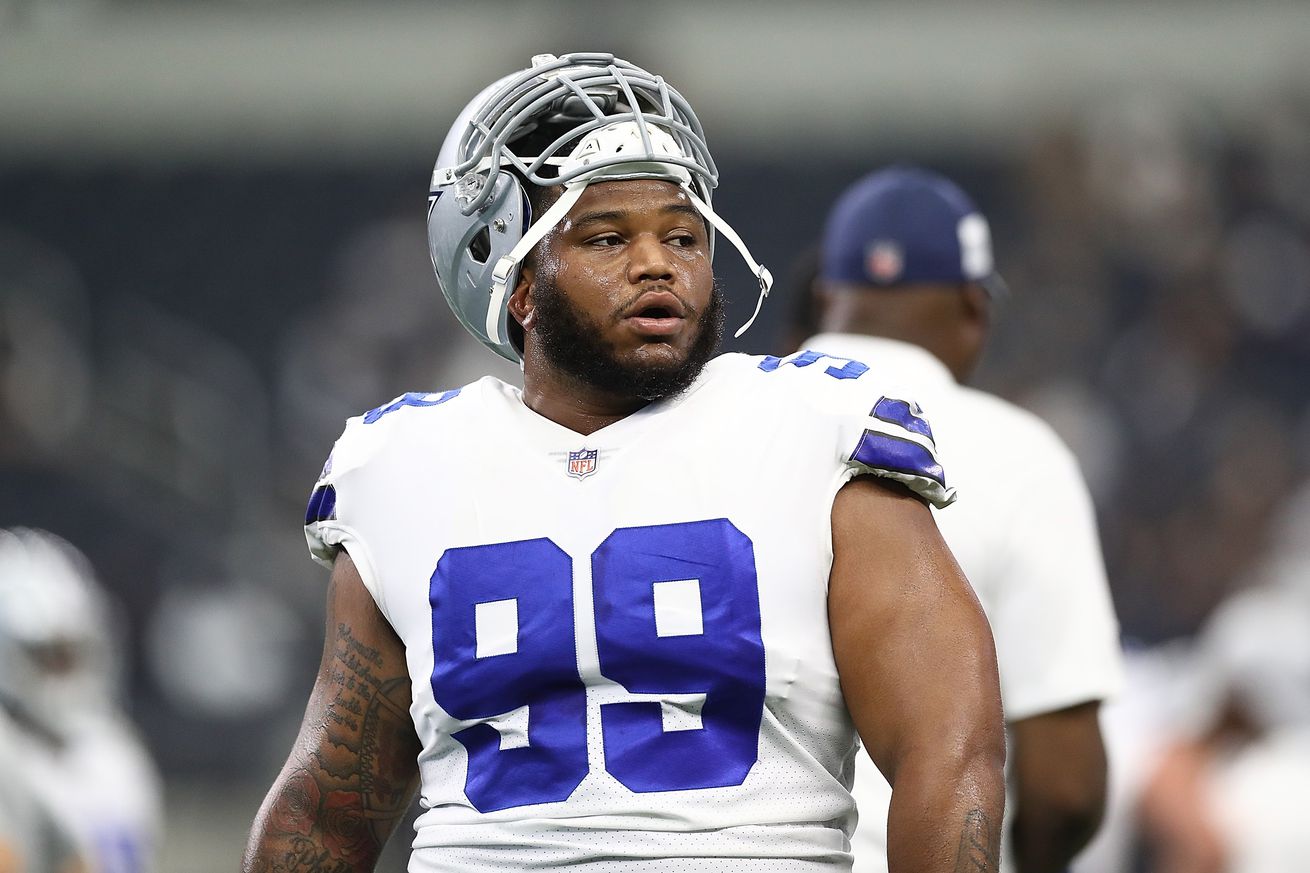 The Human Log has been an unsung hero for this Dallas defense.

Maybe you haven’t noticed, but the Cowboys have an elite defense. They have one of the best pass rushers in DeMarcus Lawrence, a legitimate contender for Defensive Rookie of the Year in Leighton Vander Esch, and one of the best cornerbacks in the NFL this year in Byron Jones. Other names are sprinkled in there, too, with guys like Jaylon Smith or Randy Gregory.

The Dallas defense currently ranks fourth in the league in yards allowed per game with just 313.4, and they are second in scoring defense, allowing a stingy 18.9 points per game; only the Baltimore Ravens are better in that category. Their run defense has been especially potent, ranking third in rushing yards allowed per game and they’re only giving up 3.6 yards per carry, the best in the NFL. And then there’s the part where this unit went up against the Saints, who were averaging over 37 points per game, and held them to just 13 points.

So where did this come from? The Cowboys have been steadily trending up on defense every year since Rod Marinelli first became the defensive coordinator, but this is a big step forward. There are several factors that can be pointed to as reasons for this huge improvement. Kris Richard’s influence has been a big factor, and the years Vander Esch and Smith are having have helped a ton. Moving Jones from safety to cornerback, a decision that was prompted by Richard, has also been big.

But one overlooked part of this defense’s dominance has been defensive tackle Antwaun Woods.

The kind of defense that Marinelli has installed in Dallas seeks to primarily generate pressure on the quarterback and disrupt the running game with their defensive line. Since Richard took over playcalling, he’s implemented more blitzes, but the main principle has remained the same. It requires two specific types of players in the middle at the 3-technique and 1-technique defensive tackle spots. The 3-technique is more of an athletic pass rushing type that can get into the pocket in a hurry – which is why athletic freak David Irving thrives in that role – while the 1-technique needs to be a bigger body to eat up two blockers at once while still being agile enough to shoot the gap and make a tackle.

For years, the Cowboys have been plugging various players in at the 1-technique spot with varied success. There was Nick Hayden who worked hard but wasn’t the most talented player, and then Terrell McClain had a brief bright moment before cashing in elsewhere in free agency. Dallas had to move Maliek Collins to the 1-technique last year, and it didn’t work out as well as they had hoped. This set the stage for Woods to come in and take the reins.

Woods played college ball for USC and was named to the First Team All Pac 12 in his senior season there, but it wasn’t enough to get him selected in the 2016 NFL Draft. Woods signed with the Tennessee Titans at the time, whose 3-4 scheme sought to use Woods as a nose tackle. He didn’t make the final roster and was added to the Titans practice squad before being called up late in the year. He would spend all of the 2017 season on the practice squad in Tennessee before signing a two-year deal with Dallas in late May of 2018.

Woods recently spoke with Lindsay Draper for the Cowboys official website detailing the kind of mentality he was in prior to getting his deal with the Cowboys:

“There was some times last year where I went through stuff as a man. Like, ‘Dang, is this for me?’ I pride myself on being mentally tough. I told myself, once I left [Tennessee], all I need is a chance for another set of eyes to see me. I felt like if any other coach, any other set of eyes can see me, they’re gonna like me,” Woods said.

And it turns out he was exactly right. Woods was still around 330 pounds from his days as a nose tackle in Tennessee, and he had to cut down on that quickly to fit into the kind of scheme Dallas runs. By the time he arrived at training camp, Woods had dropped over 10 pounds and was much closer to the weight coaches wanted him at. Woods started out as the fourth-string defensive tackle, but quickly made a name for himself by doing things like overpowering Travis Frederick and even provoking the Beard to get into a fight.

A day after getting in a scuffle with Travis Frederick, DT Antwaun Woods was working with the first-team in the morning walk-through

It’s obvious that all of this caught the eyes of the coaches, and Woods made a quick ascension up the depth chart, going from a camp body to making the 53-man roster for the first time in his career. He then progressed to being a starting defensive tackle for the Cowboys at the 1-technique spot. Woods has responded by putting up 29 tackles, two for loss, three quarterback hits, and a sack and a half. More than that, he’s been a disruptive force in both the run game and in pressuring the quarterback, frequently giving interior offensive linemen fits.

It all culminated in a big way for Woods this past week against the Eagles, when Woods was particularly stout in stopping the run. He and the rest of the front seven helped to limit Eagles running backs to just 34 total rushing yards, with 24 of those yards being picked up on one big run in the first quarter. For his effort Woods, alongside Collins, was awarded the game ball afterwards, the cherry on top of the sundae for what’s been a huge year for the third-year defensive tackle.

In many ways, it was just destiny for Woods to end up in this position. He was looking for a team that could see his true potential, and the Cowboys were looking for a legitimate 1-technique defensive tackle. They found each other, and Woods has become a contributing factor to the excellent Dallas defense. Jason Garrett spoke to Draper about how special Woods and his story has been:

“It’s a great story,” Head Coach Jason Garrett said. “It’s a great story for our team and organization. The players hear me say this all the time. It really doesn’t matter where you came from, when you were drafted, what school you went to. What matters is what you do when you get here, and he’s a great example of that.”

The Cowboys are a team that is seeking to win games with a punishing defense. Thanks in part to the hard work of Woods, they’re doing just that. So when you look at the job this defense has done this year, make sure to take a moment and appreciate what the Human Log has done in his first year with America’s Team.