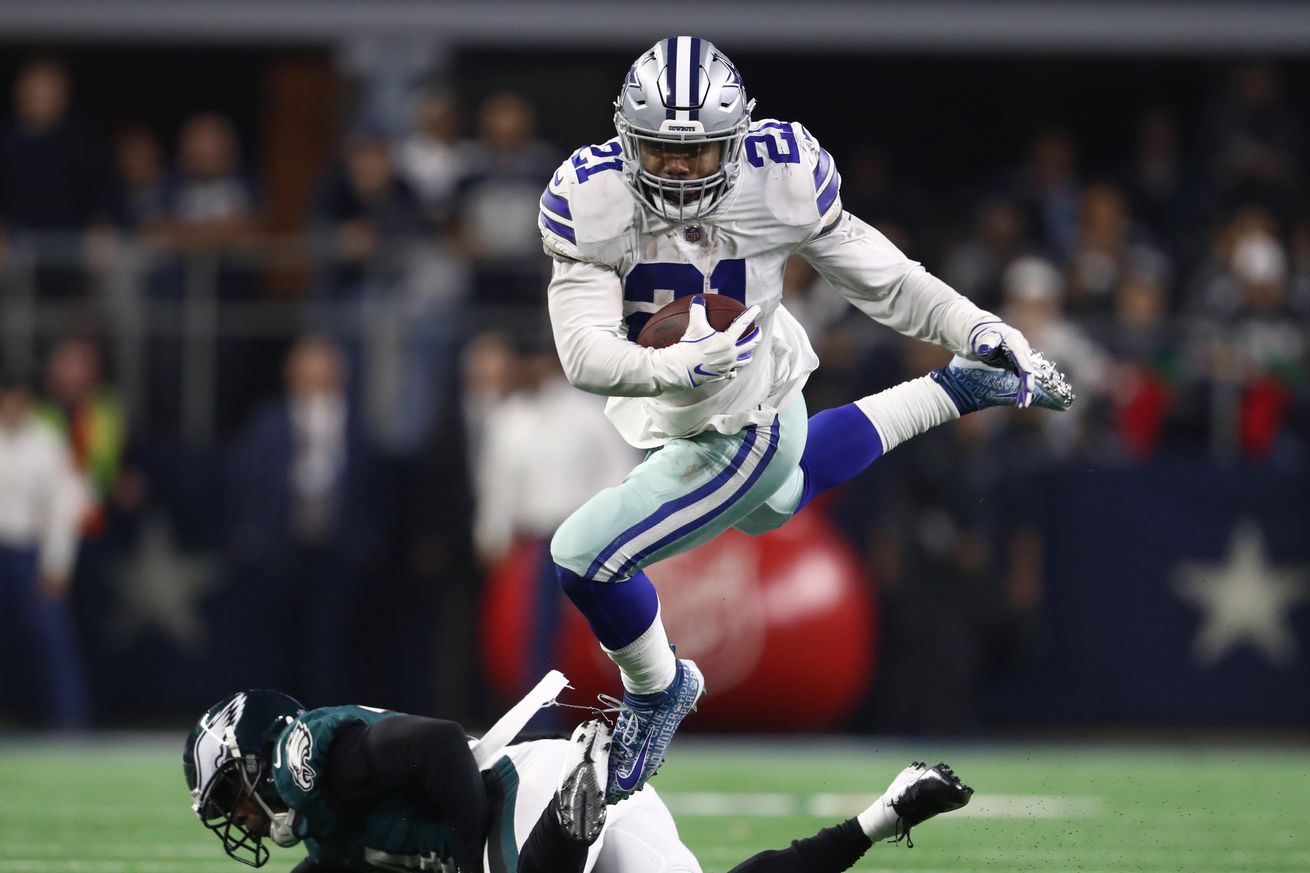 We go bold when it’s time for the Cowboys to win the NFC East.

Sunday could be hat and t-shirt day for the Dallas Cowboys as they are one win away from clinching the NFC East. The September and October versions of ourselves would never believe it.

That’s how the NFL works, though. Crazy things happen. Unpredictable results occur. You can have the Cowboys lost to the Tennessee Titans and beat the New Orleans Saints all in the same month. It’s a wonderful and horrible thing all at the same time.

It goes without saying that when you do something like win the division it’s all worth it. Hopefully the Cowboys will indeed have their names on the non-real NFC East Championship Trophy this season, and beating the Indianapolis Colts would do the trick.

We’ve seen Zeke house screen passes a few times over his short career. If you asked Cowboys fans to pick a favorite they’d probably lean towards the one he had in Pittsburgh two years ago, but picking between long touchdowns is not exactly a problem by any means.

This game has an interesting feel for the Cowboys. They’re winners of five in a row and look like they have no intentions of slowing down. In fact their offense is starting to click in ways that are fantastic to see (which undoubted room for improvement) and Zeke himself just had 40 total touches last week.

Take it to the house Zeke. All the way.

Each Cowboys tight end will have at least two receptions

To be clear here we’re talking about Blake Jarwin, Dalton Schultz, and Rico Gathers, and to be clear we’re calling a deuce from each of them. So much of what helped Dallas beat Philadelphia last week was the emergence of the tight end position and it’s time that we see that again.

We all know how valuable the tight end position is to the Cowboys in the run game. Let’s keep throwing to it. Whoever it is, let’s get wild out there.

Leighton Vander Esch will return an interception for a touchdown

There’s something about rookie wonder Dallas Cowboys linebackers and playing in Indianapolis. Don’t believe me? Sean Lee in 2010 was so much fun.

The Cowboys actually won this game which is something that stuns me still eight years later. Indy had Peyton Manning on the other side and lost, but again, that’s the Sean Lee effect I suppose.

This particular win came under Jason Garrett as he was serving as the team’s interim coach by then in the season. It went to overtime just like the latest Cowboys victory so the cosmic energy at play is too impossible to ignore.

Meet in the endzone, wolfpack.

Lost in the excitement of last week’s victory was the fact that Brett Maher set a Dallas Cowboys record with a 62-yard field goal. We ignored it like it happens every day.

Maher has had some definite miscues this season but overall he’s been solid and proof that the Cowboys were wise to go with him at season’s beginning. He’ll be winding up the big leg on Sunday though as he’ll cover 100 yards with six points worth of kicks.

Dak Prescott will throw for more yardage than Andrew Luck

This season’s Comeback Player of the Year will likely be the Indianapolis quarterback, and it’s hard to argue that it shouldn’t given what he’s done through 13 games. Luck and the Colts as a whole had a bad showing in Jacksonville two weeks ago, but for the most part he’s back to the player we saw early on in his career.

While Maher set his own record last week for the Cowboys we saw Dak Prescott immortalize himself as well. Dak set career highs in multiple categories which among them included yards. In fact he threw for more yards in a victory than any other Cowboys quarterback ever has.

Wind up the arm, Dak. We’re slinging it on Sunday.