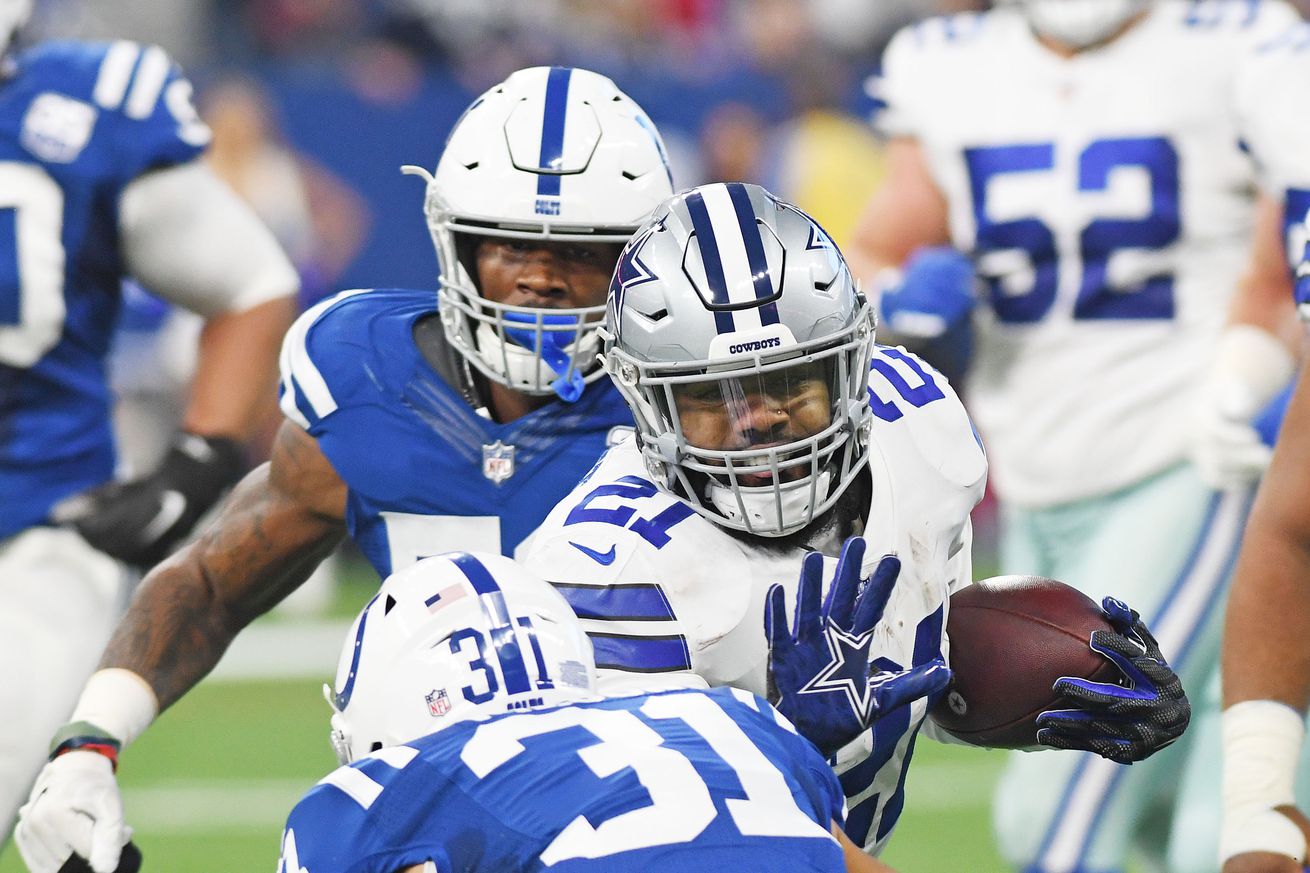 The Cowboys will have to go all out to beat Tampa Bay next week.

The Dallas Cowboys got humiliated on Sunday by the Indianapolis Colts, 23-0. It was the first time the team had been shut out in 15 years and it brought a five-game win streak to a crashing halt. It was all around ugly and there will be plenty of time this week to break down why the offense still can’t score in the red zone, and why the run defense suddenly fell apart.

We knew ahead of time this could a be a tough game. Nobody expected a Cowboys letdown of this magnitude, but it happened. And now, thanks to Washington winning over Jacksonville on a last-second field goal, the Cowboys will have to treat next week’s game against the Tampa Bay Buccaneers as the real deal.

Obviously the best thing that could have happened was the Cowboys winning the game over the Colts, that didn’t happen… in a big way. But the next best thing would have been for Washington and Philadelphia to lose this week so Dallas would claim the NFC East Crown. That didn’t happen.

So until this playoff thing is put to bed, the Cowboys will have to treat each game as a must-win. That’s unfortunate because the Cowboys could certainly use the opportunity to rest some players.

Zack Martin is injured and it would be nice if he could stay out of action without worrying whether they need to rush him back in. Tyron Smith is a guy that could also use a rest. Ezekiel Elliott has been a workhorse but he is getting gimpy, having to come out of the last two games for a brief time. Cole Beasley is limping but toughing it out.

The way the defense got manhandled in the run game by the Colts, and the physical nature of their domination, maybe there are some guys on the defense who could use a rest, or at least a part-time rotation.

Look, the Cowboys are still in the driver’s seat and there is no reason to think they won’t close out the NFC East at some point. But winning on Sunday would have accomplished that, and allowed the team to pick and choose about injuries and players who have had a huge workload.

Instead, it’s all hands on deck for the Bucs next week.