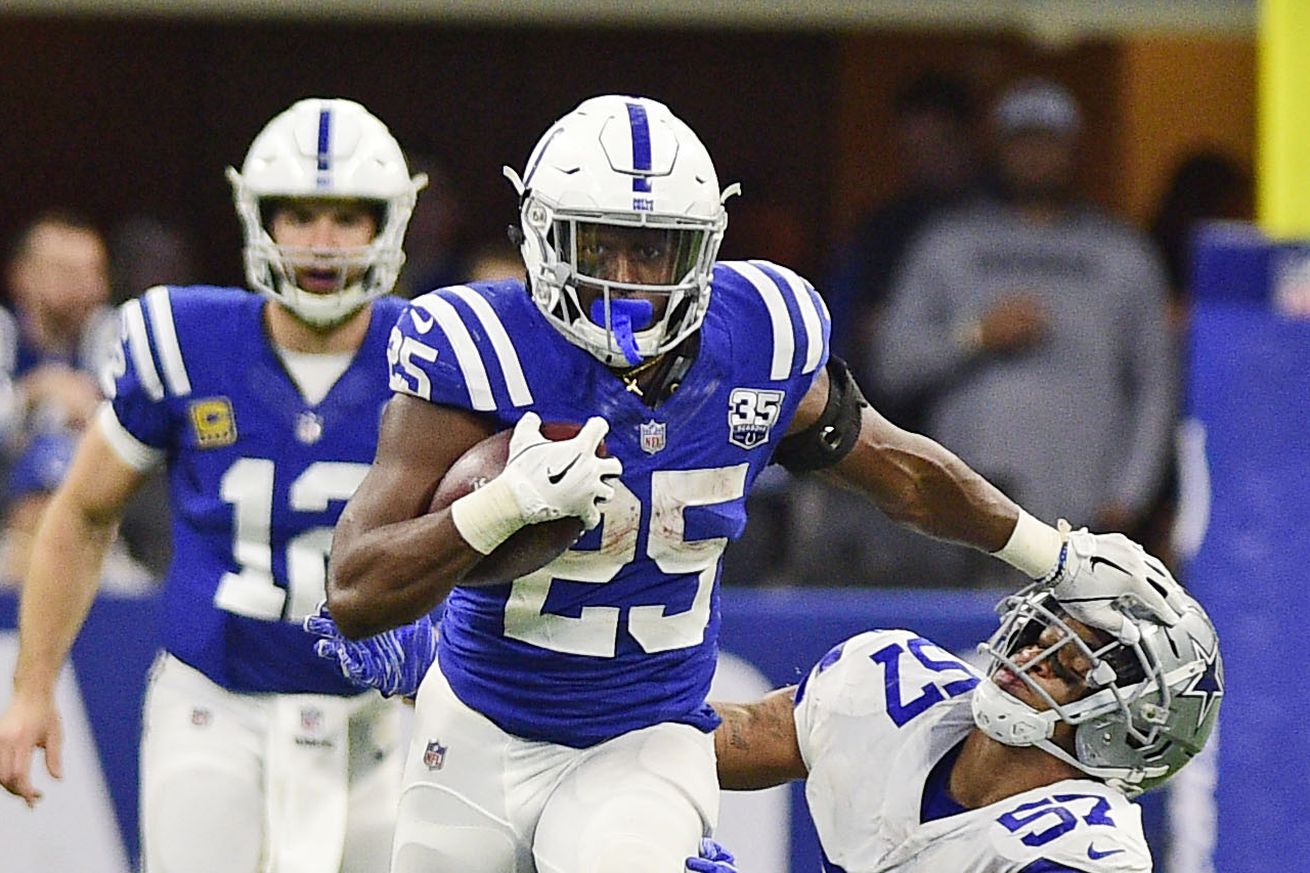 Well, that didn’t go like we hoped. The Cowboys were crushed by the Colts.

The winning streak is over. All good things must come to an end and for the Dallas Cowboys, that meant it was their day to not play good football. During the five-game winning streak, the team has put together a strong defensive squad with the occasional pop of offensive goodness. Well, none of that was on display on Sunday in their 23-0 loss to the Indianapolis Colts. Here are 10 thoughts on the Cowboys loss to the Colts.

Being familiar with another team’s personnel has its advantage and it was as if Colts defensive coordinator Matt Eberflus was inside the Cowboys huddle. Dallas only had 292 yards of total offense which ties for their second-worst performance of the year. But more than that, the Cowboys offense was shutout for the first time in 15 years. What’s strange is this dismal offensive performance comes immediately following the team’s highest yardage performance in 40 years.

For an offense that has had problems scoring points this season, this performance certainly doesn’t make fans feel good as the team prepares for a post-season run.

Stopping the run was going to be a point of emphasis today, but most people expected the runner to be Ezekiel Elliott. Instead, it was Colts running back Marlon Mack that couldn’t be stopped. Mack carried the ball 27 times for 139 yards for 5.1 yards per carry. The 139 yards rushing is a career-high for him.

The Cowboys entered the game with the best rushing defense in terms of yards allowed per carry, but just couldn’t fill the gaps and stop Mack.

The Cowboys offense has been dreadful in goal-to-go situations this season, but they never had such an opportunity against the Colts. They were close though. On the teams second drive of the game, they had a 1st-and-10 at the 12-yard line. And true to form, they couldn’t punch it in.

So, what was the reason this time? Well, this opportunity was foiled by the inability of fullback Jamize Olawale to catch an uncontested pass for a walk-in touchdown. The Olawale drop occurred on third down, but Jason Garrett chose to go for it on fourth down. I applaud the decision, but Zeke was hit in the backfield on the next play causing them to come up empty.

It’s mind-boggling why the Cowboys offense completely stink it up when they get deep in their opponents territory.

It started when Brett Maher kicked his field goal attempt into the armpit of Colts defensive linemen Denico Autry. Indy then got a short field and it took them less than four minutes to score the games first touchdown.

The Cowboys second possession consisted of a 15-play, 70 yards drive that ended with no points after the Cowboys couldn’t convert on fourth down at the Colts three-yard line.

The Cowboys defense didn’t let the Colts walk all over them, but this unit didn’t look anything like the team that held the New Orleans Saints to 10 points. And after the Philadelphia Eagles moved the ball rather easily against them in the second half last week, the defense has suddenly started to demonstrate some shakiness.

The biggest concern was how poorly this group tackled. The Cowboys have been pretty solid in this department, swarming to the ball and wrapping up, but they had all types of issues on Sunday. Chidobe Awuzie had Mack dead to rights, only to let him scamper off a big gain. Jaylon Smith had clean shot at Nyheim Hines, but completely whiffed on the tackle. And Byron Jones was right on top of Ryan Grant, but one quick cut and he was left in his dust. This was a reoccurring theme on Sunday.

Even when they were getting the job done on early downs, the Cowboys couldn’t close the deal. The Colts were 8 for 12 on third-down conversions.

The Cowboys only had 208 yards passing, which is not good, but even more surprising was how much of it came from their wide receivers.

Not only was Amari Cooper held in check (four catches for 32 yards), but rookie receiver Michael Gallup never even got a target.

This play was indicative of the Cowboys offense today. Well defended, but even when opportunities hit them upside the head, they just couldn’t make the plays. https://t.co/vaZMZdM455

The Cowboys already were without Zack Martin for this game as he is still recuperating from a knee injury, but the offensive line took another hit when backup left guard Xavier Su’a-Filo exited the first half with an eye injury. The team resorted to backup backup guard Adam Redmond to fill in for Su’a-Filo. It was a valiant effort by Redmond, but he was no match for a player like Denico Autry.

DENICO AUTRY WITH THE SACK! pic.twitter.com/DqgkFzupnw

The good news is – it doesn’t look like the team will be without Su’a-Filo very long.

The Cowboys offensive line continues to have to fight through injuries this season and it doesn’t look like it’s going to get any easier for the home stretch. This is their first game without Martin and it didn’t go well. Not only are they now 0-1 without him, they couldn’t even score a point. Let’s hope that trend doesn’t continue.

8. Penalties continue to be a problem

Tyron Smith’s giant knee brace must keep getting caught on his opponent’s jersey because he continues to get rung up for holding. Everyone on the offensive line is holding. Even the never-flagged Joe Looney has fell victim to penalties as of late.

And it’s not just the offensive line that likes to hold. The defensive backs are getting into it as well. Anthony Brown has been grabby, Byron Jones now feels like he has to grab arm now, and whenever the Cowboys defense got a chance to get off the field, a defensive hold gave the Colts a new set of downs.

Even long-snapper L.P. Ladoucer got called for holding. I mean, why not? Everyone else is doing it.

9. No pressure on Luck

It wasn’t going to be an easy task to get after a quarterback who gets rid of the ball quickly, but the Cowboys defensive line came up empty on Sunday. The Colts offensive line was able to keep Andrew Luck’s jersey clean as they didn’t allow a single sack. Luck was also allowed to escape the pocket to complete passes and was able to gain 20 yards rushing himself.

The Cowboys defensive line has done a great job creating pressure on the quarterback in recent weeks, but they just didn’t have it this game. It was the first game all season that the Cowboys defense didn’t register a single sack.

The only thing positive about not getting to Luck is that at least Randy Gregory didn’t get close enough to get a roughing the passer penalty.

10. No clinching this time around

If you had your “NFC East division champs!” hats out on Sunday, well – you can put them away now. There will be no celebrating this week. A Cowboys victory would have sealed up the division and make the final two weeks of the season a free-roll. But that didn’t happen. The Cowboys also could’ve taken down the East if they could get loses from both Washington and Philadelphia. But that also didn’t happen. While the Eagles could still lose to the Rams on Sunday night, the Redskins were able to pull out the win against Jacksonville.

Not that a division-clinching day would have taken away the agony our eyes witnessed on Sunday, but it just means there’s more work to do for Dallas before we can count our playoff-bound chickens.

The Chicago Bears also beat the Green Bay Packers, putting them in the driver’s seat for locking down the #3 seed so the Cowboys are essentially locked into the #4 spot now.