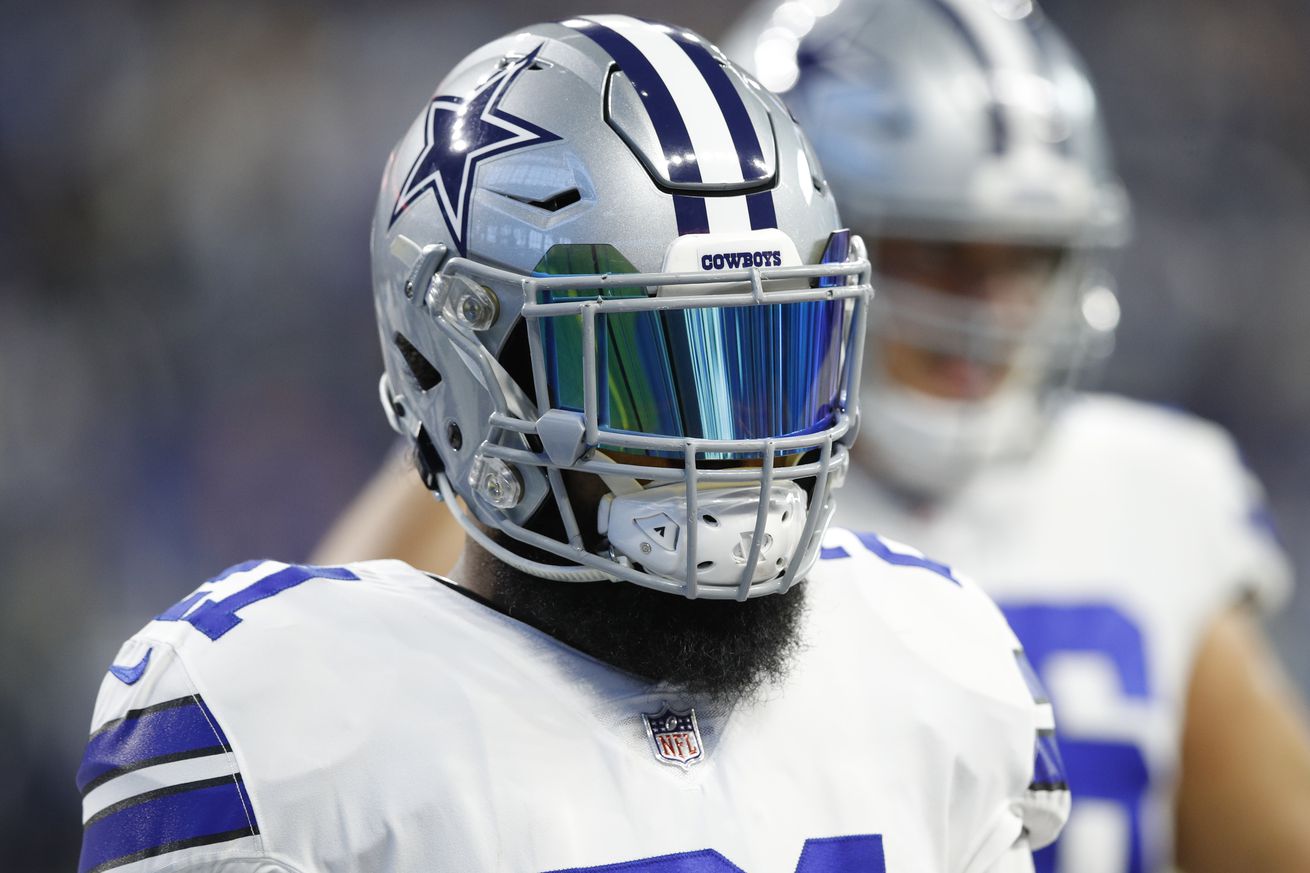 It’s hard to believe just how much the Cowboys are utilizing Ezekiel Elliott.

Amari Cooper has significantly improved the Dallas Cowboys offense. There isn’t a soul among us that would deny that. In fact there are plenty of people making the case that Cooper is the team’s MVP this season. There’s definitely a fair argument to be made there.

While Cooper has improved the offense, the meat of it has remained the same, and it’s all been fed to one guy. Ezekiel Elliott is the lifeblood of what the Cowboys do on offense and he’s somehow done more this season with less said about him. He should be the Cowboys MVP .

Dallas is utilizing Zeke, on the whole, far more than they ever have. This is really only measured against his rookie season as he missed six games in 2017, but even then Zeke didn’t play in the regular-season finale the week before.

The Cowboys are using Zeke in the passing game… a lot

It’s easy to spot what’s different when it comes to Zeke’s utilization in Dallas – the passing game. Zeke has 24% more receptions in 2018 than he did in his previous two seasons combined. We’re talking about 14 games versus 25 where Elliott has been targeted like crazy by Dak Prescott, all while still leading the NFL in rushing.

Zeke’s usage came to the forefront of many discussions after the Cowboys beat the Eagles a few weeks ago with the help of his 40 total touches. He had 12 receptions in that game which was a career high, he’s setting all sorts of marks in the passing game.

Elliott only needs 108 yards from scrimmage to hit 2,000. He’s never done that before, in large part because he’s never had/gotten to play an entire 16-game slate. He’ll likely do it on Sunday against the Tampa Bay Buccaneers.

Ezekiel Elliott is unquestionably the most valuable player on the Cowboys

Through 14 games, Ezekiel Elliott leads the NFL in rushing attempts, rushing yards, rushing yards per game, total touches, yards from scrimmage, and all-purpose yards. What’s more is he’s having all of this success in a season where the Cowboys have been without Travis Frederick for all of it, and Tyron Smith and Zack Martin for parts. That’s unbelievable.

He leads the Cowboys in rushing but he’s also their leader in targets and receptions (as you know Amari Cooper hasn’t been here an entire season). Zeke is second on the team in receiving yards. Second! While leading the NFL in rushing! He has more total touches than everybody on the team combined.

While Zeke is the team’s bread and butter (more for him to eat) this is obviously something that takes a toll on anyone. As he’s being utilized more than ever he’s also more prone to being tired than ever before. This makes Sunday’s game against Tampa Bay, his potential 2,000 all-purpose day, critical as it could earn him an opportunity to rest in Week 17 before the playoffs.

It’s amazing how in a season where Zeke is doing more than he ever has that he’s flying lower under the radar then ever before. What he means to the Cowboys can’t be measured, without him they might have scored negative points in Indianapolis.