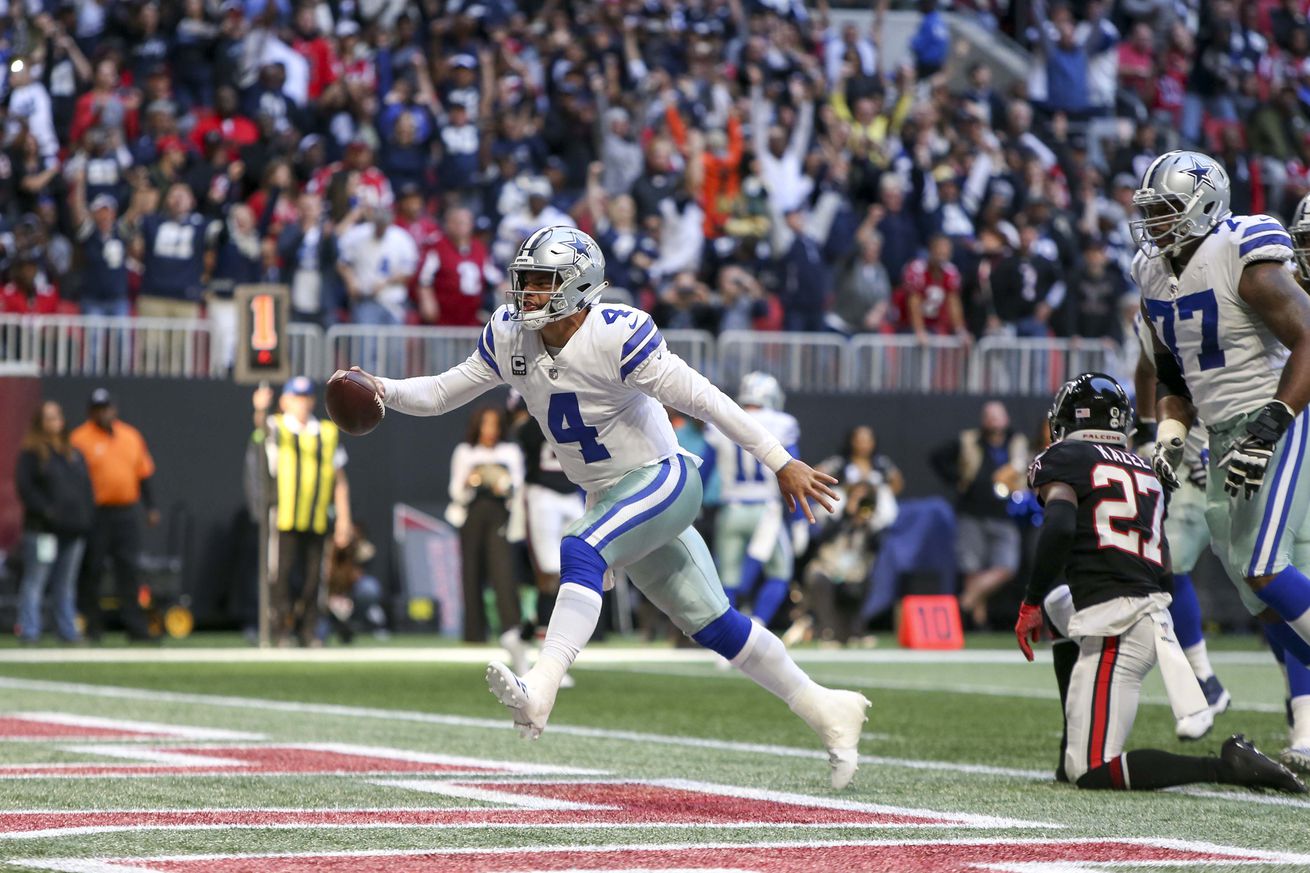 When Prescott has success running the football, the Cowboys win games. Why aren’t they using his legs more?

Since entering the league in 2016, Prescott has been up and down as a passer. One week, he looks like one of the better passers in the NFC. The next, he looks more like a backup. One thing that has remained consistent for Dak over his first three years is how dangerous he is when he tucks the football and runs with it. Over the last six games, though, the Cowboys haven’t used Dak Prescott’s legs as much as they should be. Former ESPN reporter Ed Werder posted some pretty shocking stats today regarding Prescott’s rushing numbers.

Some defensive coordinators believe Dak Prescott’s ability as a runner is his strongest asset as a QB. But the shutout loss to the #Colts marked the first time this season – and just third time in career – that Dak had no rushing attempts. #Cowboys are 1-2 in such games.

Being that the Cowboys odds to win the NFC East are greater than 90%, Scott Linehan likely did not want to put the Cowboys starting quarterback in harm’s way, but the numbers are rather shocking. Dak Prescott has only played in three games where he didn’t record a single rushing attempt — in their 35-30 win against the Steelers in 2016, in their Thanksgiving Day 28-6 loss to the Chargers in 2017, and the 23-0 shutout against the Indianapolis Colts last week. After seeing these numbers, I decided to take a deeper dive into Dak Prescott’s rushing statistics and found some interesting tendencies.

So far in his 46 games in the NFL, Dak has scored 17 rushing touchdowns but he has yet to rush for more than one touchdown in a single game. In those 17 games when he rushes for a touchdown, the Cowboys are 14-3, outscoring their opponents 498 to 335. The Cowboys best win of the season was their 40-7 win against the Jacksonville Jaguars. While the Jaguars have struggled this season and are by no means the team they were in 2017, their defense is still legit. In that game, Dak rushed 11 times for 82 yards and a touchdown on the ground. In every game this season that Dak Prescott scored a rushing touchdown, the Cowboys are 4-1 (JAC, PHI, ATL, WAS), the only loss coming in week seven.

The Cowboys would be wise to get Dak Prescott more involved in the running game in these final two weeks of the season, and more importantly into the playoffs. Of course the Cowboys will be putting Prescott at risk when asking him to run the football, but one thing Dak has done consistently over his football career is stay healthy. It’s also no secret that Ezekiel Elliott is one of the more dangerous runners in the NFL, so even just the threat of Dak running can open things up for Zeke, and vise versa. The Cowboys offense has struggled to find any consistency this year; giving Prescott more opportunities with designed runs could be the spark this offense needs heading into January.